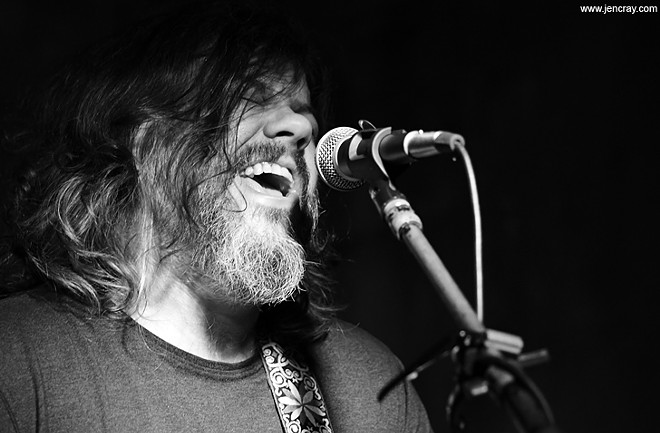 For all his local appearances and ties, Knoxville country-rocker Matt Woods has been practically an honorary Orlandoan for years. In addition to his frequent performances here, I’ve spotted him all around town – hanging out at the bar, at local shows he’s not playing himself, even at a dang local wedding only a few months ago. That’s why it’s not even odd that he just began a monthlong residency at Lil Indies. What it is, though, is a good, novel look at a warmly familiar presence.

Every Monday night in March, Woods is holding court on Mills Avenue in a series called Songs Matter Monday. To keep the affair both special and fresh, he’ll play alongside a different guest for each edition. The roster’s a select one featuring quality Americana talent spanning his home turf, ours and even in between. The ones coming up will be Have Gun, Will Travel’s Matt Burke (March 9), noted Tampa alt-country crooner Will Quinlan (March 16), Georgia’s Chris Stalcup (March 23) and Nashville’s Jeff Shepherd (March 30). 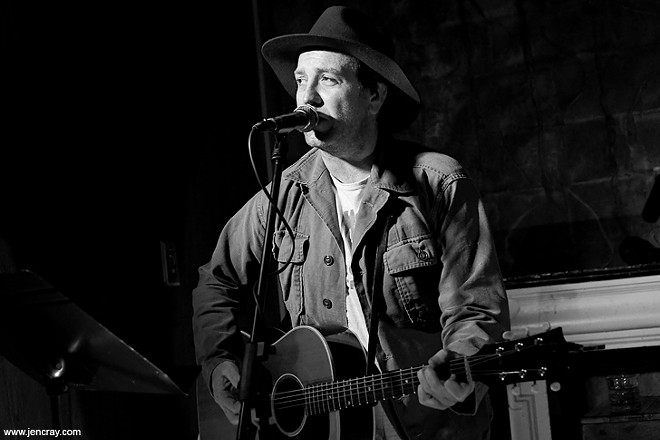 The recent kickoff for the Matt Woods residency co-featured Mike Dunn, one of the city’s biggest champions of the roots music scene. The evening began with individual sets. As host, Woods led off with a performance heavy on new material from his strong latest album Natural Disasters, showcasing his charging blend of classic outlaw sound and modern Americana outlook. Dunn’s following set was a wide slice of his tuneful, airborne heartland rock peppered with signature covers from his vast and tasteful working repertoire (e.g. the Replacements, the Boss, etc.).

Both capitalized on the cozy setting to add a nice, personal raconteur dimension to their performances. Afterward, they got up there together for a conversation between songwriters with songs stitched into the exchange. It was an evening that blended tunes, tales and repartee in a way that gave the music the intimate depth that only a storytellers engagement can.

Matt Woods is using this Lil Indies residency as a home base of sorts for some Florida gigging, but it’s a special windfall for Orlando. The setup is an extended and inside look at a soulful artist alongside some equally talented friends, all presented in close quarters and revealing light. And since the shows are free and running all month, there’s little excuse to miss out.