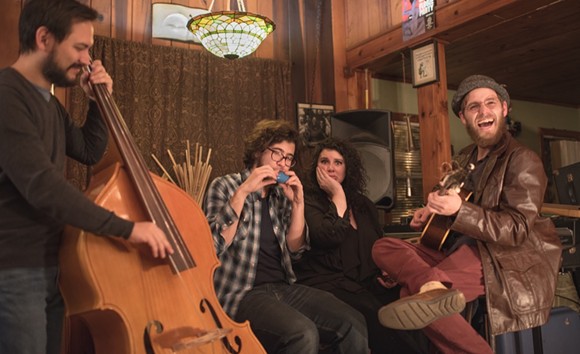 With the return of its AMP’d Series this year, the Dr. Phillips Center is back to using some of its prime-time spotlight to illuminate homegrown musicians. This season is a notable level up in current, scene-forged talent, and this edition features Someday Honey, an emerging St. Pete band that’s set with the jewel of Orlando-bred powerhouse Kaleigh Baker, as legit a singer as this city has ever produced.

With Someday Honey, she’s surrounded not just by a backing band but a fully collaborative ensemble. The result is a lush, colorful quilt of American roots traditions (blues, rock, country, jazz, it’s all in there) that’s shot through with skill, flair and chemistry. The current season of AMP’d runs each month through June and will next feature hard-soul savior Eugene Snowden (April 20), rap-fusion collective Universal Funk Orchestra (May 18) and Americana hero Mike Dunn (June 22).

The Heard things to do in Orlando live music