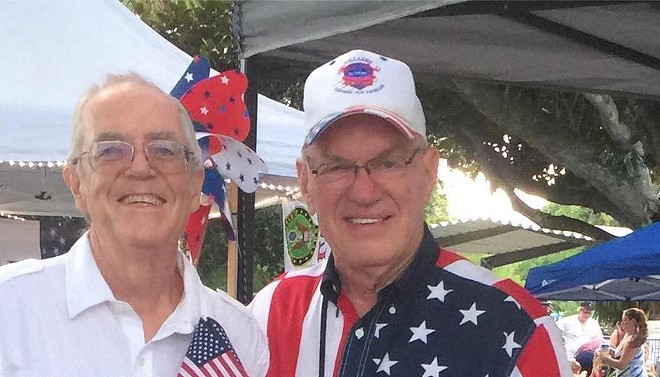 Some registered Democratic voters in Lake County received party-change notifications last week, despite never having switched their party registration. When the confused Democrats called the county's election office to complain, according to Lake County Supervisor of Elections Alan Hays, his office responded immediately.

"My office became aware of a potential problem last week when several voters contacted our office after receiving new Voter Information Cards indicating their party affiliation had been changed from Democrat to Republican,” Hays' office said in a statement.

In a press conference Wednesday, Hays said his office has found 119 falsified applications so far. The accusations and tampered registrations come just as Lake County begins early voting on Thursday.

"It would appear that all of them at this time that we're familiar with were moved to Republican registration or that they were not tinkered with at all," said Hays.

The Supervisor of Elections investigations found the doctored forms, which had forged signatures, incorrect dates and Social Security numbers, and all had identical handwriting. The Lake County Sheriff's Office has an arrest warrant out for a resident suspected of the alleged election fraud. Hays said the suspect worked for a third-party organization and that the elections office has stopped using the field representative.

Hays said Lake County residents can review their voter information at the county elections website lakevotes.com, and are advised to call 352-343-9735 if they have questions.