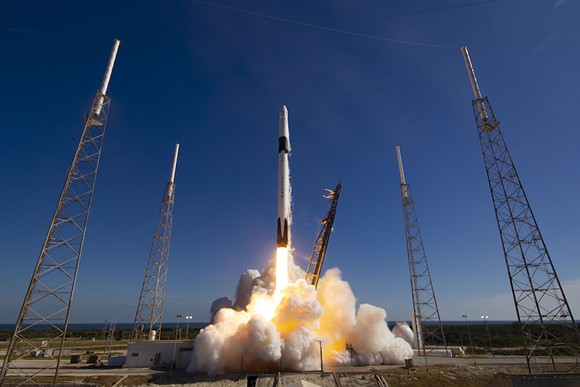 Billionaires, the same folks who skirt the taxes that could pay for sturdier social safety nets, sure like talking about impending catastrophe.

That’s why this is happening: SpaceX, after a series of successful trials, has plans to send people to the International Space Station in May. Elon Musk, SpaceX’s billionaire CEO, wants to be able to send people into space as the first step in gradually, ultimately – seriously – sending a crew to build a colony on Mars.


The creator of Tesla who smokes weed and dates Grimes, along with Jeff Bezos, the tax-dodger extraordinaire, multi-billionaire owner of Amazon, and aerospace company Boeing, are all in a new age space race to be the first to extend human life from earth to outer space (as theoretical physicist Stephen Hawking put it) in preparation for apocalyptic doom making our present planet inhabitable. Experts like Hawking now regularly discuss end-times shit like climate breakdown, weather catastrophes, famine, nuclear war and super-charged pandemics forcing people to stretch out into space to survive.

If SpaceX pulls off the human-crewed mission, it would be the first time a human has blasted into space since 2011, a historic event that would occur on Central Florida’s Space Coast at Cape Canaveral – and give Musk the 21st-century rich-guy space race win.

Orlando Business Journal reported this recent sprint to space has brought jobs to the region, even mentioning that SpaceX currently has a bunch of open positions right now.

The value of space has always been a mixed bag, bringing great scientific and technological inspiration, even immense inspiration of the human spirit, at great, great costs — using money that could have helped needy people here on terra firma. If you believe these physicists and billionaire dudes, though, it could be the only way of saving humanity.