MLS games, including Orlando City Lions, suspended due to coronavirus 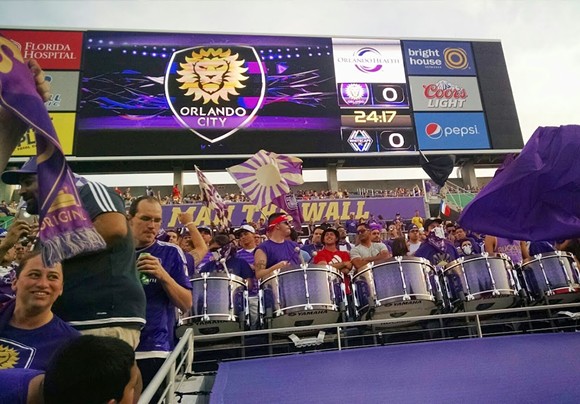 "The safety of fans, players and staff is of the utmost importance to the Club and remains the top priority at this time. During this public health crisis, the Club remains in contact with all necessary officials for guidance and updates."

The statement also said access to Exploria Stadium and the Orlando City SC Training Ground will be limited to essential employees only for the next 30 days. The status of the women's team games has not yet been decided.

Major League Soccer is suspending all match play for 30 days, "to assess the impact of COVID-19" with an internal medical task force and public health officials. This means the Orlando City Lions and Orlando Pride seasons are also suspended.

Our first notice was a tweet by Sports Illustrated's Grant Wahl, just before 10 a.m. on Thursday: "MLS is suspending its season immediately until further notice due to coronavirus, a source with knowledge of the situation tells Sports Illustrated."

It turned out to be true, and moments later, MLS sent official word from New York that the season is effectively halted. The club says it is still in discussions to determine if the season will continue at all.

"Our clubs were united today in the decision to temporarily suspend our season – based on the advice and guidance from the Centers for Disease Control and Prevention (CDC), Public Health Agency of Canada (PHAC), and other public health authorities, and in the best interest of our fans, players, officials and employees," said MLS Commissioner Don Garber. "We’d like to thank our fans for their continued support during this challenging time."

The Orlando City Lions began league play in March 2015, and moved to its current stadium in 2017. In 2016, the (superior) Pride women's team began league play, with a roster of FIFA World Cup Champions Ali Krieger, Ashlyn Harris and Alex Morgan.

The next scheduled Lions game, to be played against the Chicago Fire at Orlando's Exploria Stadium, is on Saturday, March 14. That game is now marked as "postponed" on their website. The status of their March 22 game against L.A. is not indicated. The next Pride game is currently scheduled for April 19 against Harrison, New Jersey's Sky Blue FC, and has not been marked as changed.