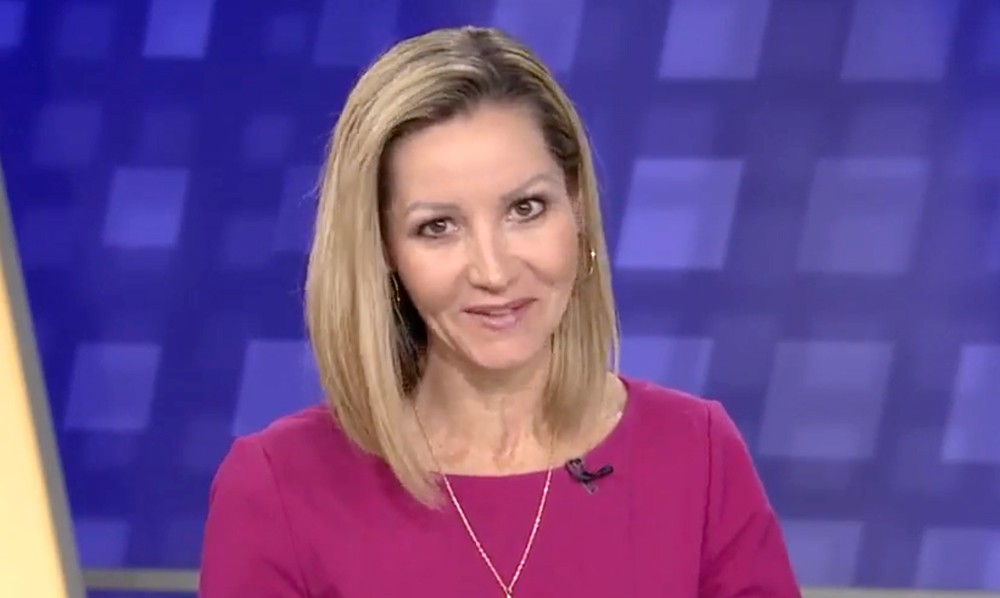 If you hate talking about the weather at work, try waking up at 2 a.m. every day to do it. That's been the routine for beloved Channel 2 morning meteorologist Amy Sweezey for 11 years.

On Thursday, Sweezey announced she will be departing WESH after a final April 16 broadcast, but she doesn't intend to leave town. She says she's planning to keep living in Seminole County with her husband and three children, working as a freelance journalist and author.

She is admired in her field, with distinctions from the American Meteorological Society and the National Weather Association (including Broadcaster of the Year) – and viewers love her.

Sweezey has consistently placed on top of our annual Best of Orlando reader awards. She appears on WESH billboards across the city, and even published a children's book about the weather in 2017.

She memorably helmed the weather desk during the record-setting 2004 Florida hurricane season – all while nine months pregnant.

"After forecasting hurricanes Charley, Frances, and Ivan," her biography notes, "she left for the hospital, where her oldest daughter was born as Hurricane Jeanne made landfall."

That's some serious dedication to keeping viewers informed. So why is she leaving now? A departure from television is not unusual, especially in a competitive media market with talent from around the country. What's unusual about Sweezey's departure is that she decided not to renew her own contract.

That's a hard morning. It means waking up at closing time for most Orlando bars. Prior to the morning shift, Sweezey worked for seven years later in the day at WESH. Judging by a personal blog post on Thursday, it appears the early grind has taken its toll.

"This has been my home for 18 years," she said Thursday. "I love WESH. I love so many of the people. But you know, the morning shift — it just can’t be sustained, and I’ve been back on mornings for 11 years."

In October 2019, we shared her words after the passing of longtime WESH anchor Wendy Chioji. Of Chioji, Sweezey wrote, "She had pie for breakfast all the time and she bragged about the fact that she would eat pie for breakfast 'because you only live once,' and she said that a lot."

"I only have two years before my oldest heads off to college and I never want to look back with regret that I missed these important family moments and events that will pass so quickly," Sweezey said in her Thursday announcement. "I missed so many of their games and dance performances at night ... things I have to cancel at the last minute because my work schedule changes or I have to work a weekend."

"I just have missed so much that I don’t want to do that anymore."

It wouldn't be bad if Sweezey found her way back to television some day – after a little rest, and perhaps in the afternoon instead.
Stay on top of Orlando news and views. Sign up for our weekly Headlines newsletter.