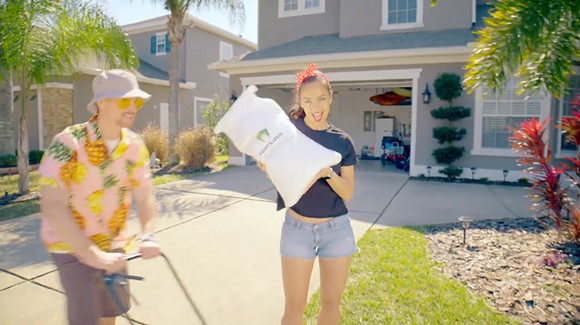 Seminole County is reminding residents not to dump poisons into the ground, and they'd love to make you dance while they're at it.

The county's public works department released a music video on March 9 called "NITROgen (Slow Release)," under the faux label "Seminole County Records." It outlines what fertilizers you should and shouldn't use on your lawn.

Fertilize, fertilize, there is a right way to fertilize.

Start a revolution, it's an evolution, you're the one solution to nutrient pollution.

Rid your lawn of phosphorus, 'cause that stuff ain't good for us.

The message is to avoid using phosphorus, and to use nitrogen-based fertilizers instead, specifically ones that dissolve slowly, releasing over time.

Plants love phosphorus. It's one of the 16 nutrients they need to survive. But it's also water-soluble, and excess amounts in the soil are quickly washed into rivers and lakes. The fertility of the water then increases, causing algae blooms that eventually kill fish and other organisms.

The county of approximately 460,000 people has been handling some major water pollution problems, including stormwater runoff delivering tons of nitrates into the Wekiva River and nearby lakes.

According to a study cited by Seminole County, urban turf-grass fertilizer is the second-highest contributor of nitrates to the Wekiva River Basin, surpassed only by septic systems. 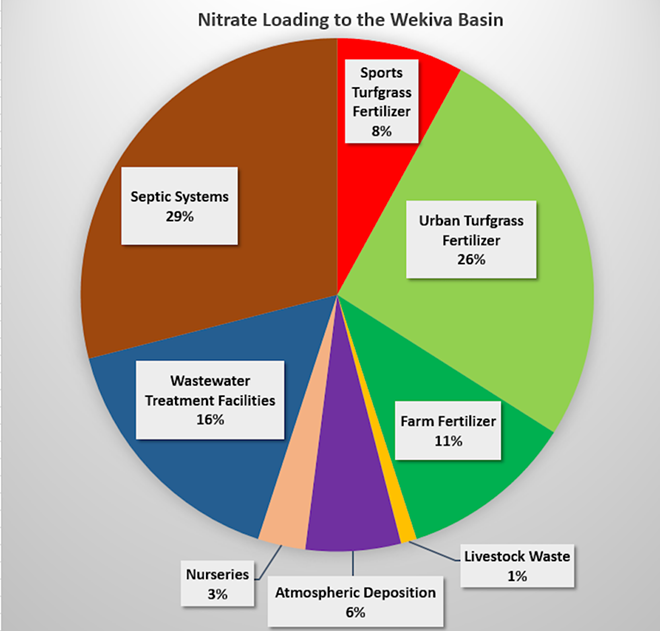 There are 27 phosphate mines in Florida, covering more than 450,000 acres, with nine currently active. Phosphates have been mined in Florida since 1883, often with disastrous environmental consequences.

In 2016, the world's largest phosphate mining company, Mosaic, accidentally dumped 215 million gallons of acidic, radioactive phosphate-mining waste water directly into the underground aquifer, under the Polk County town of Mulberry. The company kept details of the spill a secret for 19 days, until reporters discovered it.

Two month later, Mosaic spilled 50,000 gallons of phosphoric acid at its fertilizer plant near Lakeland – then another 97,000-gallons soon after that, at a production facility in Bartow. Overall, there are 25 stacks of phosphate mining waste in the state, piling up higher each year until something else goes wrong.

In 2017, the Seminole County commission enacted a strict fertilizer ordinance, with limits exceeding those of neighboring counties. In fact, the county cheerfully touts on their website how much more strict they are than the model regulations.

The video features a Hispanic woman singing, a white man rapping while wearing a Hawaiian shirt, and a white male narrator. There are no Black people in the ad. It greatly over-simplifies the rules of the ordinance, which are somewhat as complicated as purchasing tickets to Walt Disney World.

You're not allowed to use fertilizer containing nitrogen or phosphorous of any kind between June 1 and September 30. During those months, you can only use fertilizers containing iron, manganese and other "micronutrients" to keep lawns healthy and green.

Fertilizer containing nitrogen that is used from October 1 through May 31, the non-restricted season, must contain 65 percent or more slow-release nitrogen. You can't use phosphorus-based fertilizers unless a soil study shows a lack of the nutrient, and no fertilizer of any kind is allowed within 15 feet of a pond, lake, stream, canal or other waterbody, including wetlands.

The ordinance covers unincorporated Seminole County, but the cities of Altamonte Springs, Casselberry, Lake Mary, Longwood and Oviedo have also adopted it.

Check out the video on YouTube and learn more about fertilizers on their website, FertilizeFlorida.com. It only racked up fewer than 50 views in its first week, leaving us to hope more people see it, so we can eventually rid our state of phosphorus. 'Cause that stuff ain't good for us.