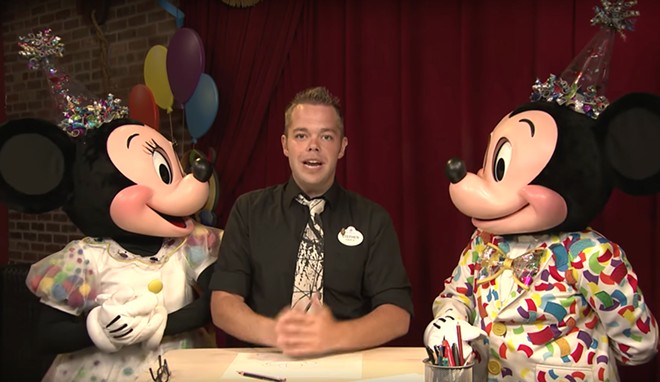 If you and the young ones are feeling a little cooped up right now, here's one way to make home isolation a little more animated.

Due to the coronavirus pandemic that has already killed nearly 10,000 people worldwide, all of Disney's local water and theme parks closed down on March 16 (just ahead of most of Orlando venues and bars) and many cast members and creatives are now out of work. The new videos were recorded during happier times, as evidenced by Ketchum hugging both Mickey and Minnie without a mask, gloves or protective attire.

Disney fans can share their own drawings of all three Mickeys, and possibly be featured on Disney's Parks Blog. Just use #Disney and #BetterTogether on Instagram, and tag them at @DisneyParksBlog.

You can also learn how to draw Sally from Tim Burton's The Nightmare Before Christmas, Buzz Lightyear from Toy Story" and a dozen more.

Strangely, the video series appears to be free of charge, with no paywall or other discernible way to transmit money to Disney at all. We hope everyone there is doing OK.