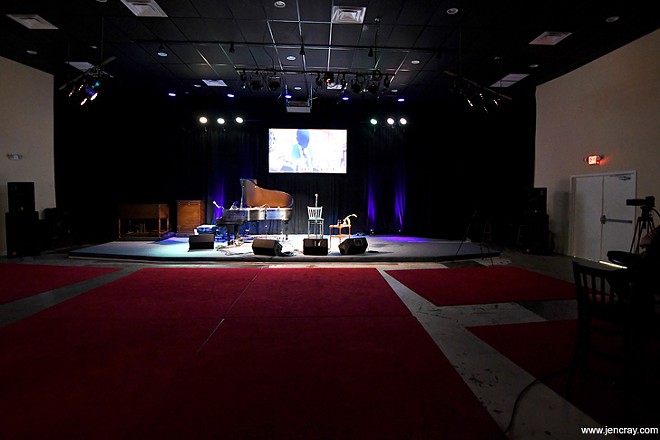 Well, friends, much has changed in the past week. Out there in the world, here in OW’s own drastically reduced ranks, the world is unrecognizable, swept by the coronavirus tsunami. The strange now is already devastating, and the future is uncertain – just ask the guy whose column and spiritual lifeblood are heavily predicated on live music. I don’t know how long it’ll be until we can see another concert together, but we will again. Until then, be safe, keep sane, check in on each other. We’ll get through together, as always. I love you, Orlando.

This is eerie. That it’s not dystopian fiction but the new reality makes it especially heavy.

A live concert is about to take place – technicians setting up, musicians taking their place – but there’s no audience. At least not in this room. Out there in the world, but in their own seclusion, everyone is tuning in remotely. This is life now, at least for a while. The coronavirus pandemic is in full inferno and the walls are closing in by the hour – internationally, domestically, locally. An 11 p.m. curfew was announced Friday by Orange County, effective immediately. 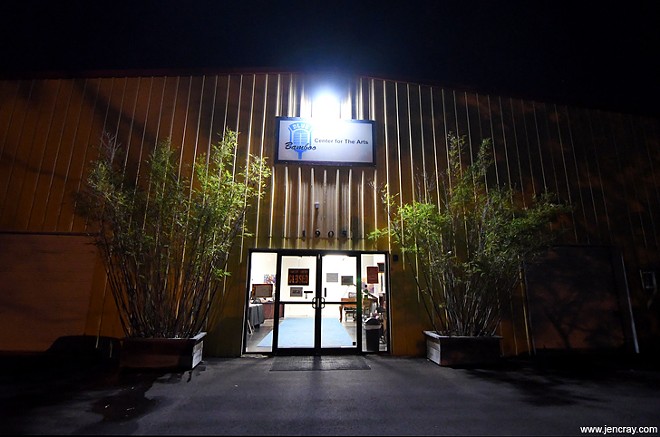 But here in the Blue Bamboo Center for the Arts, the show goes on. In whatever new form is necessary, the flame of music persists in the Central Florida community. While shut down to the public like all the area’s other venues, Blue Bamboo is leading what might become a wave of live online concerts in the area. 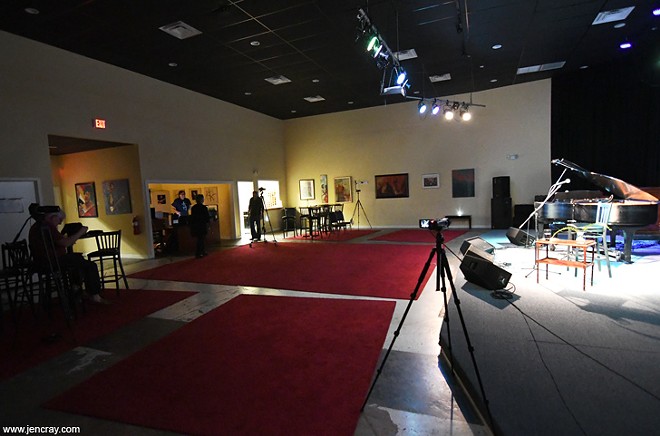 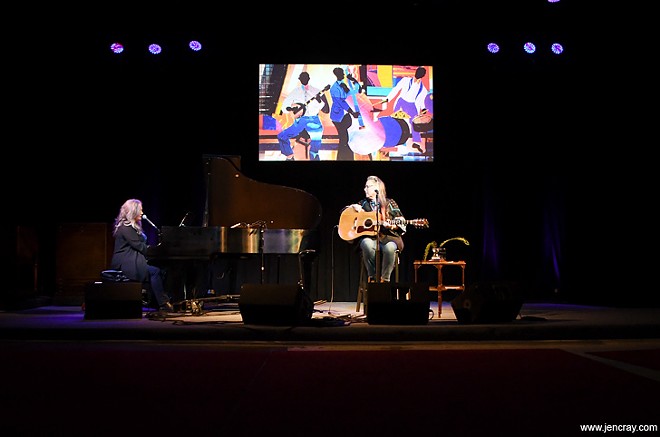 Originally scheduled as a regular in-person performance by Orlando roots music icons Terri Binion and Beth McKee, this evening has been adapted into Blue Bamboo’s maiden voyage into pay-per-view concerts, the first of already several planned online events (the next ones are Jam Jones on March 22, Cortez & Koelble on March 25, Cortez and Friends on March 26 and Jack Graham and Friends on March 28). 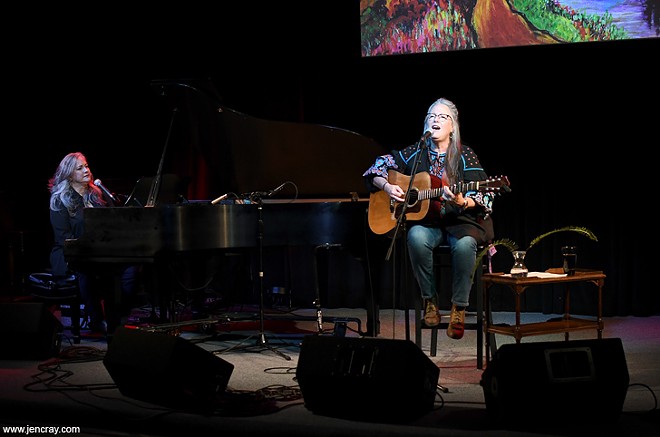 As cold as the idea of watching something as sensory and life-filled as a concert online is, the ice of separation melts fast once the music begins. At least it does when it’s grandes dames like Binion and McKee, two seasoned performers whose warmth is made exponential by their longtime personal friendship. And between them and the skeleton crew at Blue Bamboo, something special happened. 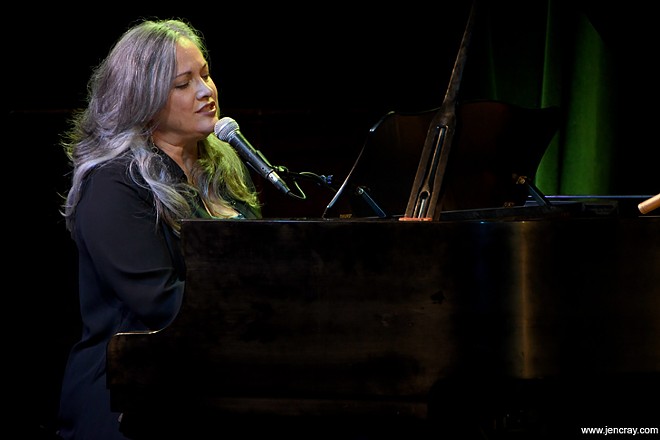 Rather than a standard opener-headliner format, this was an integrated set where the performers shared the stage and passed the spotlight song-for-song, even sometimes accompanying each other. Binion was on guitar and McKee was on piano and accordion.

Despite the inherent distance of the circumstance, this scene heaved with momentousness and significance. Watching these irrepressible artists and valiant production crew work together to send beauty out into a world seized by fear and isolation, one they couldn’t even see, to provide the salvation that only music can give was a sight of something heroically human. 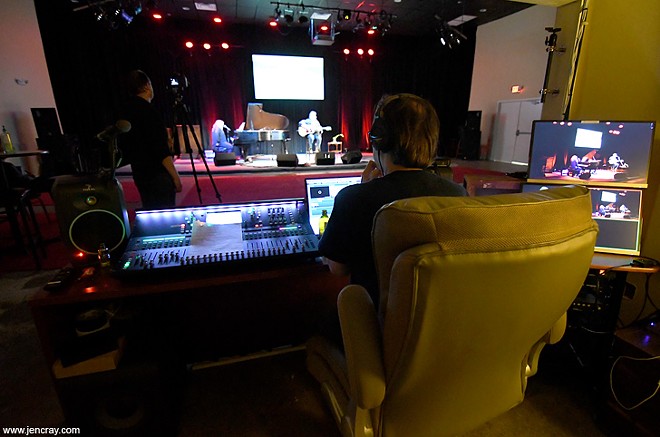 Every word landed with more impact and freshly found relevance to the current condition. Somewhere between their voices, the situation and how it all reverberated in the soul, the quiver was a tremor. Some of it could be explained when Binion finally noted that the setlist was coordinated between the two artists to send out messages of hope rather than basic highlights of their latest albums. But the combined effect was beyond that simple calculation alone. It was a pregnant moment of instant zeitgeist and poetic perseverance.

The glare of a flat screen will never be equal to the glow of the stage. Smartly anticipating that, Blue Bamboo has recently implemented a four-camera setup to make for a much richer and more dynamic viewing experience. And until it can be a live venue with an in-house audience like before, it’ll function as a sound stage transmitting concerts like a local beacon, bringing the warmth of live music like a fireplace in your home. 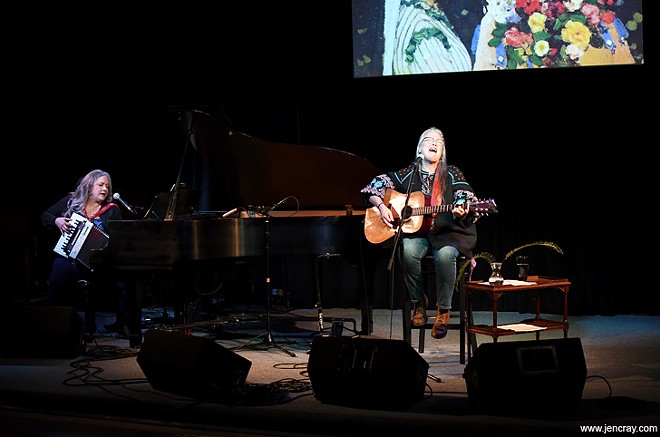 Some technical issues made this launch a little rocky and delayed, but the production eventually came together as a concert recording the next day through Blue Bamboo’s website instead of a live-streamed event that night. It looks fantastic and is a promising glimpse into an upcoming fount of high-quality live music content for a near future that needs it.

Nothing can disguise the fact that this is not how it’s supposed to be. Live music, in its purest state, should be in person, in communion. These, however, are extreme times. But even if it must be just a sliver for now, the light must still shine. It did tonight at Blue Bamboo in an intensely local way, and will continue to do so in events like these. Look out for the homegrown ones that are starting to pop up and tune in. They will keep you right. 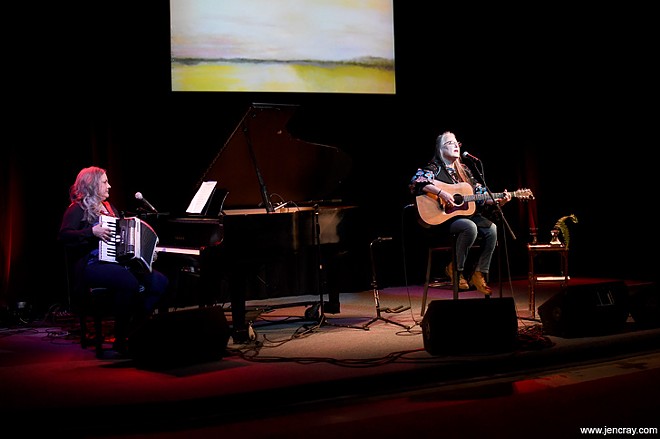 Blue Bamboo is endeavoring to do at least three online shows a week as long as they’re able. Follow their website for upcoming schedule and go here to view this magical night and all other of their pay-per-view content, as well as some discounted and free archived material.

In addition to Blue Bamboo, other such locally driven online sources are emerging. Last night was the fun live-streamed telethon No Days Off organized by local musician and actor Andy Matchett that featured a parade of solid local acts like Eugene Snowden, the Ludes, Oak Hill Drifters and a surprise remote cameo by Hizzoner Buddy Dyer.

And new Winter Park music supper club the New Standard has been broadcasting live performances through their Facebook page with online tip buckets for the players.