Some leaders step up during coronavirus, while others try to profit off of plague

To write about politics is to become jaded. Time and time again, you watch people you admire disappoint you and idealism get overwhelmed by the seductive cocktail of power, ego, and money.

This was always true. But it’s especially true in the Trump era, when the president has turned bad faith into both an art form and standard operating procedure. And it takes an exceptional kind of venality to pierce the armor of numbness and provoke seething, go-grab-the-pitchforks rage.

On February 3, Burr and Senator Lamar Alexander wrote an op-ed for Fox News, saying that while Americans are “rightly concerned” about the coronavirus, “Thankfully, the United States today is better prepared than ever before to face emerging public health threats, like the coronavirus, in large part due to the work of the Senate Health Committee, Congress, and the Trump Administration.”

The last two months have shown that the administration was anything but prepared. The U.S. is still playing catch-up on tests, states are begging for ventilators, and hospitals are pleading for protective equipment. Most important, the country didn’t implement social-distancing and quarantine measures early enough to contain the virus’s spread when it could have. Now, we’re on track to look more like Italy than South Korea.

No president could have stopped the coronavirus from reaching American soil. But you can fairly lay the blame for our current mad scramble to avoid calamity at Trump’s feet. Throughout January and February, the president consistently downplayed the increasingly obvious threat, insisting that everything was under control even as top-secret intelligence briefings showed that disaster loomed. That Trump now wants to retcon history doesn’t change the reality that the administration’s failure to take COVID-19 seriously will likely cost thousands of lives.

But when you elect a clown, you expect a circus, and when you elect a narcissistic buffoon from reality television, you expect incompetence. But Burr, as chairman of the Senate Intelligence Committee, was privy to classified briefings on how bad things were about to get. While Trump was gaslighting the American people to prop up the stock market, Burr could have warned them about the incoming pandemic and forced the administration to confront it head-on.

Instead, 10 days after co-authoring that rosy op-ed on how prepared the federal government was for COVID-19, Burr sold most of his stock portfolio in 33 transactions totaling between $628,000 and $1.7 million, ProPublica reported last Thursday. Included in that sale were up to $250,000 worth of shares of hospitality companies that shed more than half their value when the market began to tank a week later. 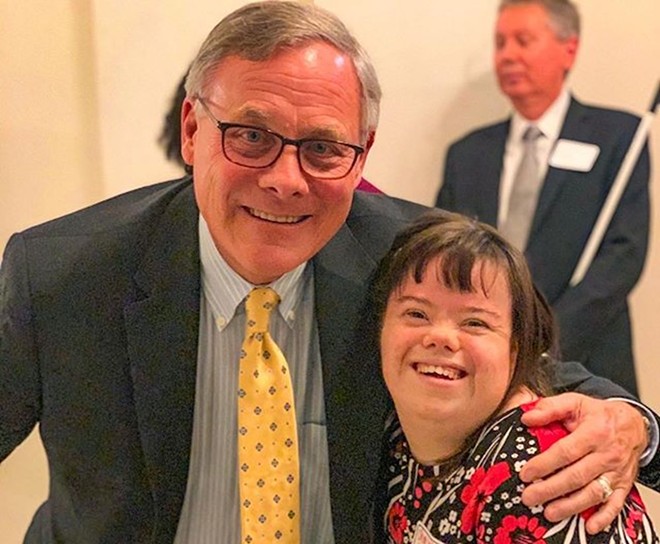 On February 27, Burr told a group of well-heeled donors and business elites that shit was about to hit the fan—travel bans, school shutdowns, military hospitals, the whole thing. “There’s one thing that I can tell you about this: [The coronavirus] is much more aggressive in its transmission than anything that we have seen in recent history,” Burr told them in a private meeting. NPR obtained a recording and published it last Thursday.

At a press conference that same day, Trump promised Americans it would soon be over: “When you have 15 [cases] and the 15 within a couple of days is going to be down to close to zero, that’s a pretty good job we’ve done.”

By Sunday evening, the U.S. had nearly 33,000 documented COVID-19 cases, behind only China and Italy, and more than 400 deaths. Those numbers will likely double within three to six days. It’s estimated that more than 3 million people filed for unemployment last week—including more than 80,000 from Burr’s home state—and the president of the Federal Reserve Bank of St. Louis told Bloomberg News this weekend that unemployment could reach 30 percent by June. That’s Great Depression territory.

Adding insult to injury, Burr and his Republican colleagues tried to ram through a $1.8 trillion stimulus package that allocates $50 billion, few strings attached, to bail out the airline industry and creates a $425 billion slush fund for the Treasury Department to give to whomever it deems fit—quite possibly, Trump’s friends and family. Republicans then got the vapors when Democrats objected.

In a better world, Burr would have not only been forced to resign by now, but he’d be staring down an ignominious frogmarch in a shiny new set of silver bracelets, too. As it is, neither of those things is likely. On Friday, Burr asked the do-nothing Senate Ethics Committee to review his actions instead, allowing time for the storm to pass, as it always does in the age of Trump.

Besides, he’s not the only one to apparently act on inside information. Newly appointed Georgia senator Kelly Loeffler and her husband, who runs the New York Stock Exchange, dumped millions of dollars in stocks after a private January 24 briefing on the coronavirus to the Senate Health Committee; she also purchased shares in Citrix, which offers telework software. Burr is also on that committee.

Both he and Loeffler deny they engaged in insider trading or violated the STOCK Act, the 2012 law barring members of Congress from using nonpublic information to trade shares; Burr was one of only three senators to vote against it. Burr says he based his decision on publicly available information. (Relatedly, I have some pristine Florida swampland to sell you.) Loeffler says her family’s portfolio is managed by a third party, and she didn’t know about the sale until weeks later. (Also for sale: the Brooklyn Bridge.)

Anyone have a pitchfork I can borrow?