Brightline trains are temporarily suspending service, according to an announcement made online around 7 p.m. on Wednesday. The suspension is effective immediately.

The last train southbound was at 6:40 p.m., and the last northbound train left Miami at at 6:50 p.m. Stations closed 40 minutes after the last trains arrived.

"While we don’t have a definitive timeline to be up and running again, we’ll take the lead of the CDC, federal and local agencies to inform our next steps," the company tweeted. They noted "construction to Orlando is still on track, while taking all necessary precautions for COVID-19." 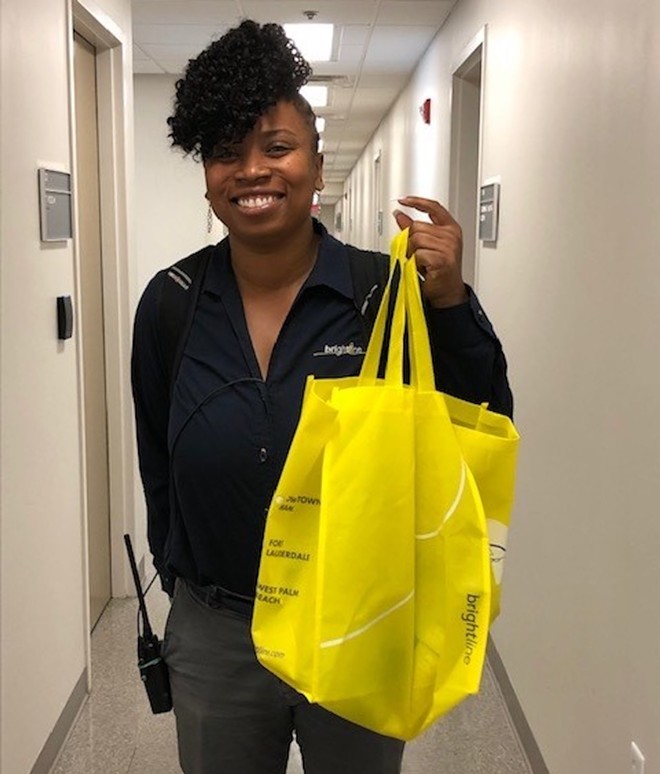 "We encourage guests and teammates to do their part to flatten the curve as we provide a critical service for essential workers that must travel during this time," the company wrote on Monday.

The Wednesday suspension follows President Trump's declaration of the state of Florida as a disaster area, earlier in the afternoon.

"This is a challenging time and it has been an especially difficult week for all of us," wrote Brightline president Patrick Goddard in an email, saying he places "the health and safety of our guests and teammates first."

Florida was once slated to receive a federally-funded high-speed train, until then-Gov. Rick Scott blocked it, calling the Obama-era project too risky. Soon after, Scott and his wife covertly invested in All Aboard Florida, Brightline's parent company, earning them approximately $150,000.

Since then, Scott won a U.S. Senate seat, of course – and the private train line has lost money each year. It's even been called the deadliest train line mile-for-mile in the U.S.

The company has been undergoing a glacial rebranding process, as well, to Virgin Trains USA, just in time for important new stations ahead at Orlando International Airport and near Walt Disney World._
Please follow CDC guidelines and Orange County advisories to stay safe, and please support this free publication. Our small but mighty team is working tirelessly to bring you news on how coronavirus is affecting Central Florida. Please consider making a one-time or monthly donation. Every little bit helps.