Timucua's Chris Belt talks about the effects of the coronavirus on Orlando music, looks toward new ways to bring live music to people 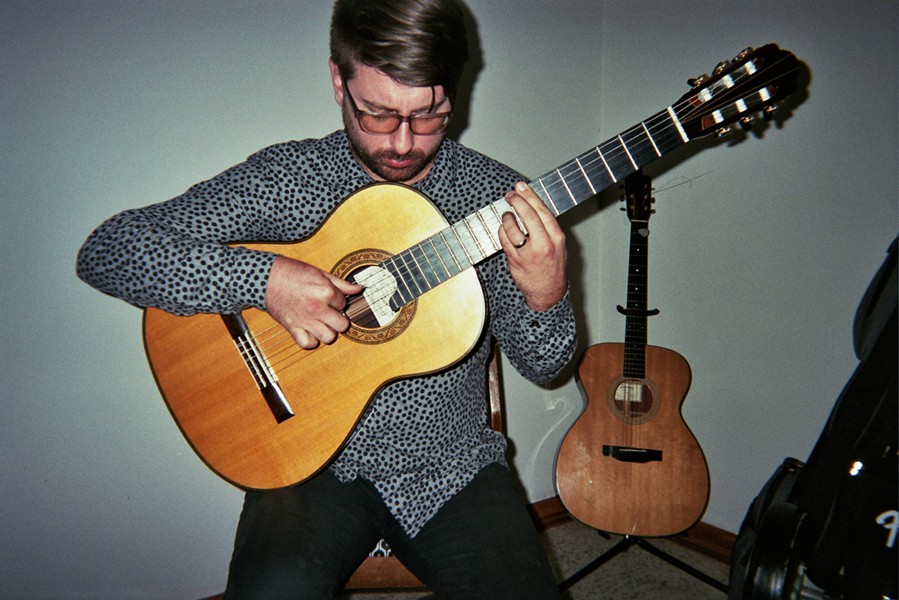 Chris Belt wears many hats in our local arts and music scene. He is a gifted guitarist and composer, a tireless booster for new voices and perspectives in creative and classical music circles, the curator of the In-Between Series, and executive director of the Timucua Arts Foundation. We also often think of him as one of the consciences of the creative music (and beyond) scene. That trait is evident in every answer he gave when Orlando Weekly approached him at the end of last week for his reflections and insight on what was happening in his corner of Orlando's larger music and arts world community as the world seemed to be falling apart around us all. For now, the Timucua house is closed to the public, but Belt sees new potential in livestreaming music to connect performers and audiences otherwise physically isolated. Belt's insights are keen and his empathy seems boundless, giving us a glimmer of hope as we begin a week destined to be full of even more bleak news.

What are your impressions and memories of the last show at Timucua before everything closed?
The last show was by jazz vocalist Kristina Koller. We had been receiving hourly cancellations by upcoming artists, but hadn’t completely closed our doors. There were maybe 10 people at the show, and the band played their butts off. There were also two ASL interpreters signing the show, and I remember being relieved that we got it recorded because we have plans for many more ASL-interpreted shows that are now sort on hold.

How long, as of this particular moment, is current live programming at Timucua and the In-Between Series suspended?
We have been reassessing on a daily basis, but at this point Timucua is closed to audiences through the end of May. In all likelihood, this will stretch on longer than that.

Tell me about some of the initiatives you're launching to support and amplify the local arts community in the meantime?
Timucua has been doing live-streamed concerts for years, but now we are adding daily rebroadcasts of standout concerts from our archive. We will be scheduling some "live in studio" performances for local artists. During all of these events, donations made will support the performers. I encourage every musician in Central Florida who has digital music for sale to post in the Digital Music Flea Market. There is a lot of empathy right now for musicians and performers who are out of work, and artists should be working quickly to make up whatever lost income they can. We will also be working with other local arts organizations to help them with live-streamed fundraising events.


How have the rebroadcasts been received so far? Feedback is probably quicker than usual because we're all plugged in constantly now … Feedback has been positive. There has been a learning curve, as we are setup primarily for broadcast, not rebroadcast. But we have a pretty good handle on it now. The media has been supportive, and now WPRK is part of the simulcast. We streamed a Nestor Torres set recently, a living legend of Latin Jazz and just a beautiful, empathic person. And this week we will rebroadcast Charlie Hunter and Lucy Woodward.

Many artists don't feel comfortable self-promoting, but now is the time to simply ask for help. click to tweet
Could you talk a little bit about the massive effect this is having on the classical and creative music community and infrastructure behind that community? Working musicians in general are really hurting. Orchestral players are completely shut down, and they don’t typically have a back catalog of releases or merch to sell. They are highly skilled workers who perform for a living. Without shows, they don’t get paid. For creative music, this is definitely a major blow. Artists depend on festival dates to put together tours. The entire festival season is gone and the venues are closed, which means no performance income.

How has all of this impacted you as a performing musician?
First of all, it is incredibly sad to think of the suffering and death that this virus is causing. That is far worse than any immediate economic impact it has, especially on me. That said, while my wife and I are both arts administrators, we still make about 15 percent of our income from performing. That will sting, but we are not in as bad a position as many, many other people. In the past we supported ourselves solely from performing and teaching music, so we understand what people are facing. Many of our closest friends are looking at several months with no work. The financial impact is huge, but there's a huge emotional toll for these people as well. I'm basically on the verge of tears whenever I stop working, so I'm trying to stay busy.

I've been heartened to see a lot of mutual aid among performers and also with music enthusiasts, would you mind talking about that a little? I saw that you and Beatriz were beneficiaries of a good amount of Bandcamp love earlier this week? Our first canceled performance was last Wednesday. Along with our friend, guitarist Troy Gifford, we were scheduled to play and make about $200 per person. It was just one show, one loss, but it still hurt so I decided to ask people to download our album and make a donation. 48 hours later we had made more from sales than we would have at the concert. That’s probably not sustainable or appropriate for us to keep doing, but I hope it illustrates for many artists who don't feel comfortable self-promoting that now is the time to simply ask for help. If you have something to sell, put it out there and be honest about your situation. We need people to understand that music has value, that musicians need to be paid.

Do you have any bookings yourself in the near or distant future? The Belt & Ramirez show that hasn’t been canceled is in October. We are rehearsing and doing some videos on our Instagram and Facebook pages, mostly impromptu things. There are so many great artists playing live from their homes right now. It’s really beautiful, and really sad.
_
Due to the coronavirus (COVID-19) pandemic, all bars and nightclubs in Florida were closed on March 17 for 30 days. As of March 18, Central Florida restaurants are still open for takeout and delivery, and grocery stores are open during limited hours. Follow CDC guidelines and Orange County advisories on staying safe.