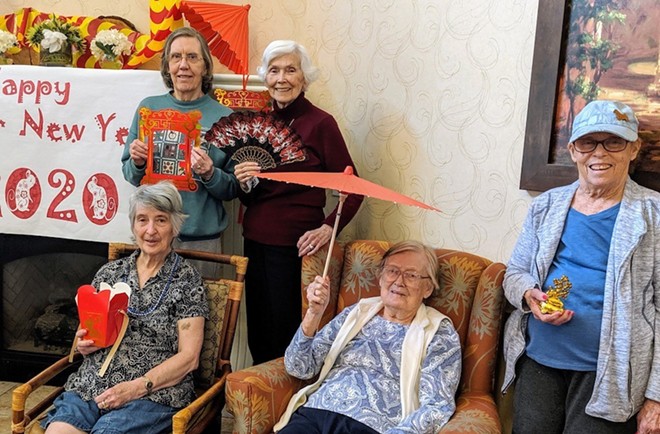 As the novel coronavirus continues to spread across Florida, its impact on long-term care facilities and the roughly 190,000 elderly and disabled residents they serve is not clear.

Gov. Ron DeSantis’ administration said 40 long-term care residents had tested positive for COVID-19 as of Wednesday evening, but it won’t say how many of those residents have died.

The administration also generally won’t disclose the names of the nursing homes or assisted-living facilities where people got sick or provide an updated number of facilities that have infected residents. Officials also won’t say whether the state has done COVID-19 tests on any other people who live in the same facilities as the 40 infected residents.

Health officials have repeatedly warned that seniors and people with underlying medical conditions are most vulnerable to the highly contagious and deadly disease. And given the state’s demographics, large number of nursing facilities and general public uneasiness about the spread of the coronavirus, Brian Lee, executive director of the group Families For Better Care, said the state should be more forthcoming with information.

Agency for Health Care Health Care Administration Secretary Mary Mayhew said last week that 19 long-term care facilities had suspected or confirmed cases of the coronavirus. Citing privacy concerns, though, officials have refused to publicly update that information as the number of cases and the death toll mounts statewide.

Associations that represent nursing homes and ALFs also don’t want to discuss the number of facilities and refer such questions to state agencies.

Doug Adkins, owner of two assisted-living facilities in Nassau County, said the number of long-term care providers with COVID-19 positive residents now is closer to 35. And he predicted the number will go even higher if the state doesn’t require testing of all long-term care residents and staff members.

“I think it’s going to be an incredibly major problem for us if we don’t get a real handle on this because we have too many people who are coming in and out of these facilities that are asymptomatic,” said Adkins, who owns Dayspring Village, a 126-bed ALF, and Dayspring Senior Living, a 32-bed ALF.

While Florida numbers may be difficult to obtain, the federal Centers for Disease Control and Prevention said that as of March 9, 147 nursing homes across 27 states had at least one resident with COVID-19.

The federal agency on Saturday published findings of its analysis of the Life Care Center of Kirkland, a nursing home outside Seattle where 129 people, including 81 residents, were infected. Ultimately, the agency found that COVID-19 “has the potential to result in high attack rates among residents, staff members and visitors” after being introduced into a facility.

The virus also has a way of spreading to nearby health-care facilities, federal and Washington state health officials involved in the investigation discovered. The analysis found that at least eight other long-term care facilities in the King County area outside of Seattle had reported one or more confirmed COVID-19 cases by March 9, just 10 days after the Life Care Center of Kirkland reported its first case.

Experts fear COVID-19 rates in Florida will go even higher if the state doesn’t require testing of all long-term care residents and staff members. tweet this
Florida had nearly 21.48 million residents as of July 1, according to the U.S. Census Bureau. An estimated 20.5 percent are 65 or older. Florida has 691 licensed nursing homes that provide 84,258 beds and another 3,000-plus licensed ALFs that offer 106,103 beds.

DeSantis on March 14 banned all visitors to nursing homes, assisted-living facilities and adult group homes to try to stem the spread of the disease.

Kristen Knapp, a spokeswoman for the Florida Health Care Association, which represents nursing homes throughout the state, said facilities remain in touch with the families of residents.

“They’re trying to keep families informed in general, letting them know the ways they can keep in touch since visitors are restricted at this point,” Knapp said.

Harriette McCarter, a 94-year-old resident of Westminster Oaks Continuing Care Retirement Community in Tallahassee, said she had several visitors a day, including some canine friends, before the visitation ban went into effect.

McCarter, who has no surviving family members, said the facility has kept her abreast of its efforts to keep residents safe during the pandemic. A former Jacksonville teacher, McCarter said she misses the visits but thinks she is being taken care of.

“I feel so very safe and cared for,” said McCarter who lives in the skilled nursing facility on the Westminster campus. “I feel as safe as anyone can possibly feel. I feel extremely blessed and very safe.”

As of Wednesday evening, Florida had 1,977 confirmed coronavirus cases, with 23 deaths of Florida residents, according to state data. Forty of the cases involved residents of long-term care facilities in seven counties.

When pressed this week about the lack of disclosure and whether the state will change its policy, DeSantis said, “Maybe. We’ll see what the data is, and look at it, and see what’s going on.”

Of the 40 coronavirus cases in long-term care facilities as of Wednesday evening, 16 were in Broward County, according to the state data.

DeSantis publicly acknowledged after it had been reported by local media that three residents of the Atria Willow Wood Assisted Living Facility in Fort Lauderdale had died. He admonished the facility after research indicated that the residents were infected by workers who had entered the building.

Mayhew quickly ordered all nursing-home staff members to begin wearing personal protective equipment, which can include surgical masks, gloves and paper gowns. The equipment, though, is in short supply, and Mayhew subsequently made clear that the state will not sanction providers that don’t comply.

Another 14 of the 40 long-term care residents who tested positive for the virus lived in Duval County facilities. The Florida Times Union has reported that seven of the cases involve residents of the Camellia at Deerwood facility.

DeSantis this week acknowledged the Duval and Broward cases and noted his administration was “getting word there are a few others around the state” involving facilities that hadn’t rigorously screened staff members and visitors.

“And I just want to reiterate, if you are somebody operating one of those facilities, how important it is that you are protecting the senior citizens in your facilities,” DeSantis said Tuesday. “I mean, this is the time you got to stand up and make sure you are taking the necessary precautions.”

Nassau County, where Adkins’ assisted-living facilities are located, is just north of Duval County. As of Tuesday night, Adkins said he had tested residents of both facilities and his administrative staff. He had previously told his 48 employees to get tested for free at a federal site in Jacksonville.

Adkins said he would get the results from the South Florida company he hired to administer the tests in the coming days. In the meantime, Adkins said he wouldn’t allow anyone who hadn’t been tested for the virus —- including home health care staff who assist residents —- to enter.

“You should not be working in a facility and not have been submitted to COVID-19 testing,” he said.