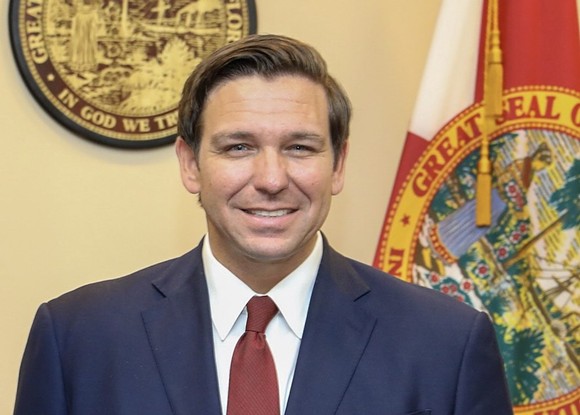 Gov. Ron DeSantis has shut down bars and restaurants, cut off visitation at nursing homes and prisons and ordered senior citizens to stay home, as he attempts to curb the spread of the novel coronavirus.

But the Republican governor’s efforts have sparked a partisan divide over whether he needs to do more to protect Floridians from COVID-19, the respiratory infection caused by the virus that can be deadly for seniors and people with serious health conditions.

Florida Democrats have been lambasting DeSantis for not issuing a statewide “shelter in place” order that would replicate directives governors, mayors and county commissioners in other parts of the nation have made to stunt the spread of the virus.

Cuomo and DeWine “are stepping up during this time of crisis to fill the void and protect our most vulnerable,” Biden said in a prepared statement issued by his campaign.

“Floridians deserve science-based action from Gov. Ron DeSantis,” the former vice president said, adding that the governor should “let the experts speak to the public and explain” why Florida hasn’t gone further.

“In this moment of growing uncertainty and anxiety, Floridians want – and deserve – to hear from the public health officials leading the charge,” Biden said in the statement. “To get through this, we need our leaders to listen to the public health experts and their guidance. The stakes are too high to wait any longer.”

DeSantis has issued a series of executive orders aimed at limiting face-to-face interactions and has encouraged Floridians to practice “social distancing” on their own. But the governor has eschewed a more hardline statewide approach, citing concerns about intensifying the virus’ negative impact on the state’s economy.

DeSantis bristled Wednesday when a reporter asked him if the variety of mandates were sending a “mixed message” to the public.

“It’s not a mixed message,” he snapped.

“Dr. Fauci said not every instrument is appropriate in every population in the country,” DeSantis added, referring to Tony Fauci, director of the National Institute of Allergy and Infectious Diseases who also serves on the White House Coronavirus Task Force.

“But I also think there are certain parts of the state where you have more sporadic cases and to order someone not to be able to earn a paycheck, when them going to work is not going to have any effect on what we're doing with the virus, that is something that I think is inappropriate,” he said.

The governor also said he was considering the “second-order effect” of statewide shutdowns, such as New York’s shelter-in-place order, which DeSantis said sparked “thousands and thousands of people to flee” to other states.

“And so that's going to make it more difficult, I think nationwide, for us to be able to, to get a grip on this stuff,” he said during a news conference at a Division of Emergency Management warehouse in Orlando.

“You probably are less dangerous just driving your car to the office than being with crowds of hundreds of people. So you just got to think it through, but I've supported the local things, and it's a more surgical approach, but it also is mitigating any damage that would be done for blunt instruments being applied in places throughout the state where (it) wouldn't be appropriate,” he argued.

State and national health officials, meanwhile, have been reticent about the need for statewide stay-at-home orders.

“I don't think necessarily every single situation, every single region or location, needs to be that way. But certainly, in the response to the kind of situation that you're seeing in New York, I think that was an appropriate move,” Fauci said Friday in an interview on “CBS Evening News.”

But with more than 1,600 cases of COVID-19, including 22 deaths, in Florida, Democrats aren’t backing down from their demand that DeSantis take a more strident stance.

Florida Agriculture Commissioner Nikki Fried – the only Democrat elected statewide – said Wednesday that the “piecemeal approach” throughout the state has confused people.

“We need to be taking the full recommendation of all the experts we are seeing, not only across the state but across the country who are saying the only way to stop the virus from spreading is to do stay-at-home shelters,” Fried told reporters. “This is not a partisan issue. It’s not Democrat versus Republican. You are seeing Republican governors all across the country that are putting these types of order in place.”

Fried said DeSantis is forcing mayors and city and county commissioners “to make drastic steps that they wish was coming from the governor’s office.”

A group of Florida congressional Democrats sent a letter to DeSantis on Wednesday, emphasizing the need for a statewide shelter-in-place order.

“With the highest concentration of older residents of any state, Florida is at even greater risk of serious impacts on the health of our residents and burden on our health care system. … We understand the grave economic consequences this action will have. But hoping to dull the impacts on the economy in the short term by delaying a shelter-in-place order will only exacerbate those impacts in the medium and long term,” the congressional Democrats said in the letter.

Trump’s campaign, however, blasted the Democrats for “politicizing a national emergency” while the president and DeSantis “are leading an unprecedented, comprehensive, and aggressive approach to slow the spread of the coronavirus and jumpstart the economy.”

“Instead of playing games, it is time to come together as Floridians and support critical aid for Florida’s families, businesses and health care community,” Trump campaign Florida spokeswoman Emma Vaughn said in an email.