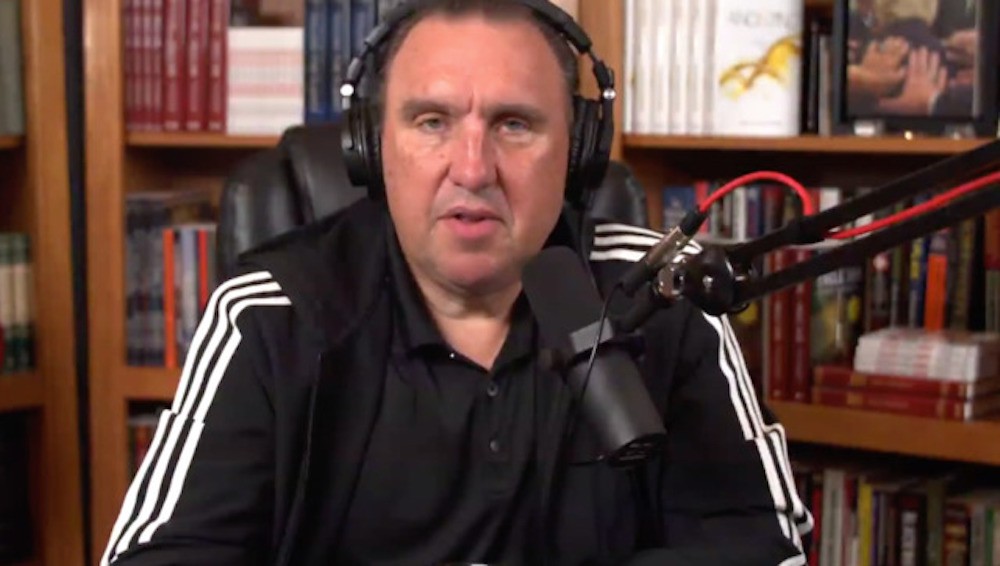 Speaking to hundreds of thousands of people during a live webcast last night, Tampa pastor Rodney Howard-Browne said he had "no option" but to hold church services in the midst of the coronavirus outbreak, which resulted in his arrest.

“I had no option. Had I rolled over and caved, and not had church the last few Sundays," said Howard-Browne, head pastor of the River Tampa Bay Church, “basically, in essence what I would’ve had to do, I would’ve had to leave the ministry, No. 1. Because I’m not even fit to be in the ministry. No. 2, I would have to resign. I’d have to somehow renege on my oath on becoming American.”

In between plugging his books, Howard-Browne also said he was forced to make his Twitter and Instagram accounts private, claimed he was receiving death threats, and said that his attorneys tell him he is not allowed to speak to the media.

“I knew this was going to happen,” said Howard-Browne, “but we have forced a national debate on the First Amendment. It’s not about a virus, it’s about the church being a essential service to the community.”

The South African-born evangelical pastor and diehard Trump supporter also says his church was shot at. However, Hillsborough County Sheriff's deputies who were stationed at his church all day have not confirmed this claim.

Instead of holding dangerously packed services, Howard-Browne says, "I would’ve had to leave the ministry ... I would have to resign." tweet this
Yesterday, Hillsborough County Sheriff Chad Chronister issued a warrant for Howard-Browne’s arrest, after repeated attempts to ask the pastor not to hold services at his church, potentially exposing thousands to COVID-19. After ignoring the requests, Howard-Browne was charged with unlawful assembly and violation of public health emergency rules. Both are second-degree misdemeanors, punishable with up to 60 days in jail and a maximum fine of $500.

"As a sheriff’s office we would never impede on a person's religious beliefs as a means of comfort. But practicing those beliefs has to be done safely," said Chronister at a press conference.

“The River Tampa Bay Church has an advantage over most places of worship,” said Chronister, “as they have access to technology allowing them to live-stream their services over the internet and broadcast television for more than their 4,000 members to watch from the safety from their own homes. Instead they encouraged people to come and gather at the church, even provided bus transportation for the services.”

State Attorney Andrew Warren was also in attendance at the press conference, and stated that it's unfortunate that the pastor is hiding behind the First Amendment.

"One, it’s absolutely clear that emergency orders like this are clear and constitutional and valid," said Warren. "Second of all, leaders from our faith-based community … have embraced the importance of social distancing. They’ve encouraged their congregations to practice social distancing for their own health and to slow the spread of COVID-19."

✖ If the purpose of your meeting is religious, the county prohibits it with no exception for the six-foot separation. click to tweet
Since his arrest, Howard-Browne has attained the legal services of Liberty Counsel chairman Mathew Staver, who is best known for representing Kim Davis, the Kentucky county clerk who refused to issue marriage licenses to gay people back in 2015, and arguing that the “Q” in LGBTQ stands for "pedophilia."

“The Hillsborough County administrative order has so many exceptions it looks like Swiss cheese,” argued Staver in a statement.

“The order allows a wide range of commercial operations that are either specifically exempt or exempt if they can comply with a six-foot separation. Yet, if the purpose of your meeting is religious, the county prohibits it with no exception for the six-foot separation."

Staver says that the order banning groups of 10 or more from gathering should not have applied to the River Tampa Bay Church, and that the church did, in fact, enforce social distancing rules.

However, a livestream of a worship service from last Sunday showed a large congregation packed into Howard-Browne’s megachurch, presumably violating the county and state's orders requiring gatherings be fewer than 10 people, as well as rules on social distancing.

Late last night, Howard-Browne took to his now private Twitter account and said he's praying for Chronister. "Please pray for him tonight!" said the pastor. "Thank you, Sheriff, for all you do!"