Nightmare cruise stories continue to fill the news cycles as more passengers and crew members try to escape the coronavirus that's wreaking havoc onboard some ships, while nation after nation refuses to let the passengers and crew of the stricken ships disembark. The cruise line horror story is one that has remained in the headlines from the very early days of the current pandemic, and its effects will likely last far longer than the social distancing that has now crippled the entire global economy. Even in these early days of the battle, it’s clear the cruise industry, like much of the world, will never be the same. That may, in fact, be good news for one cruise line as they ramp up new itineraries on brand-new ships. Viking Cruises, known for its European river cruises, confirmed that they will be moving into U.S.-based river cruises beginning in 2022.

“At a time where many of us are at home, looking for inspiration to travel in the future, I am pleased to introduce a new, modern way to explore this great river,” says Torstein Hagen, chairman of Viking. “Our guests are curious travelers, and they continue to tell us that the Mississippi is the river they most want to sail with us. The Mississippi River is closer to home for many of our guests, and no other waterway has played such an important role in America’s history, commerce and culture.” 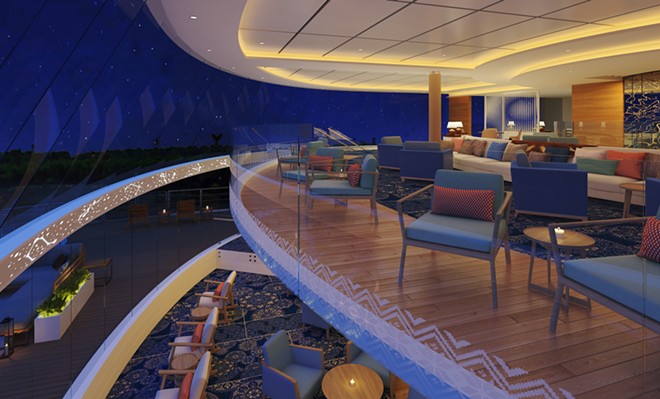 Even before coronavirus, North America was expected to be one of the fastest-growing regions in the world for river cruises. Now with more travelers worried about health concerns on large ships navigating foreign ports of call, river cruises may prove to be a popular alternative. A handful of cruise companies already offer U.S.-based river cruises. However, none of them have the name recognition (or revenues) of Viking, which has expanded rapidly in the last five years. In 2015, the cruise line owned just one 930-guest ship, but has added an average of one vessel per year, with the trend expected to continue until 2025. Altogether Viking operates more than 70 cruise ships.

Moving beyond the waters of Europe, Viking has seen success with smaller ocean ships. They have six ocean vessels now operating, and up to 10 more planned to debut between now and 2027. In 2022, Viking will debut two expedition ships that will traverse the icy waters of the polar regions. The first of the two expedition ships, the Viking Octantis, will also sail the Great Lakes on trips ranging from eight to 13 days long. The Great Lakes and Canadian river voyages will offer stops in Michigan, Wisconsin, Minnesota, New York and Ontario.

Just like the European river cruises the company is known for, the U.S. river and Great Lakes cruises will include stops in waterfront towns, along with onboard educational experiences focused on the cultural and natural histories of the area.

Antiquated U.S. boating laws require that river cruises with only domestic itineraries must use U.S.-built ships, be staffed by American crew members, and be inspected by the U.S. Coast Guard. This has caused many in the cruise industry, which typically relies on extremely low pay and questionable safety standards, to stay out of the growing river cruise segment.

Other U.S. river cruises begin at around $6,000 per week, with some more than $10,000. This will keep the more budget-conscious cruise lines from entering the market, but Viking has decided the increase in labor and construction costs are a gamble that will pay off. Another concern for U.S. river cruises is America’s aging infrastructure, which includes many river locks that can become choke points along the nation’s rivers.

The Viking Mississippi is currently under construction at a Louisiana shipyard. The five-deck ship is smaller than what might be seen in other rivers around the world, but it will just squeeze under some of the Mississippi’s bridges and will fit into the locks. The Viking Mississippi will hold 386 guests, just over half of what the 600-passenger six-deck Victoria Sabrina, the world’s largest river cruise ship when it debuts in China later this year, can accommodate.

Another unique aspect of the Viking Mississippi is its modern style. Many current American river cruise ships look more like failed nursing homes, with dated furnishings and designs inspired by the boats that sailed the rivers more than two centuries ago.

All 193 staterooms onboard the Mississippi feature a private veranda or French balcony and a king-size bed. Other amenities in each room include heated flooring in the bathroom, spacious glass-enclosed showers, and large flat-screen smart TVs. Dining onboard will consist of both American classics inspired by the ports of call and Norwegian dishes, a signature of all Viking ships. A glass-backed infinity pool will offer dramatic views along the river. With two outdoor dining venues, the Viking Mississippi will provide ample al fresco dining. Solar panels, a hybrid propulsion system, and a focus on natural light make the Viking Mississippi extremely environmentally friendly.

Inaugural voyages on the Viking Mississippi begin in 2022. Bookings open to the general public later this month. 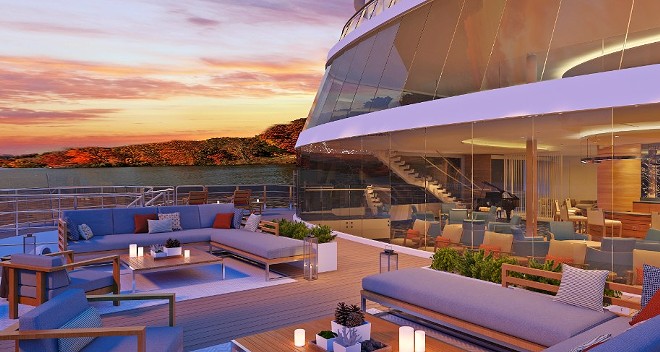