History shows now is the time to invest in tourism projects – are Disney, Universal and SeaWorld listening?

With millions of jobs now furloughed indefinitely and billions in lost revenue, the tourism industry is currently grappling with the most significant challenge it has ever faced. Through the uncertainty and fear a chorus of voices is emerging, trying to give hope and encourage investment during these extraordinary times.

With more than 50 years in the attractions industry, Frank Stanek knows it better than most. The "Themed Entertainment Association Lifetime Achievement Award" winner now serves as an executive adviser for themed entertainment and attractions design firm the Producers Group. Via TPG Stanek published a white paper that has since become a rallying cry across the industry. Pointing to the numerous previous tumultuous economic shifts that have occurred over his lifetime, Stanek says now is not the time to allow fear to freeze investments in the future, adding, “In fact, this is an ideal time to continue the development of well-thought-out projects" with appealing concepts, sound business plans and good execution strategy.

He goes on to say that in past cases, those who have used downturns to reinvest are at a better advantage when the economy does rebound. “The social and economic activities of life run in cycles. … Since the development cycle for a new project in itself is a longer term, two to 10 years, stopping development in uncertain times creates an unforced delay in the project realization.”

It’s not just the return of guests that is at play – so is finding quality labor. “In periods of uncertainty, strategic advantages can accrue to those who keep moving the project forward. Competitors less confident will slow down or stop their projects, giving you a chance to overtake and lead. Competition for resources may slow down, allowing you to achieve better pricing on project needs for construction and equipment. Turmoil may cause disruption in the labor market, which would allow you to recruit more experienced or high demand talent, executives and services.” 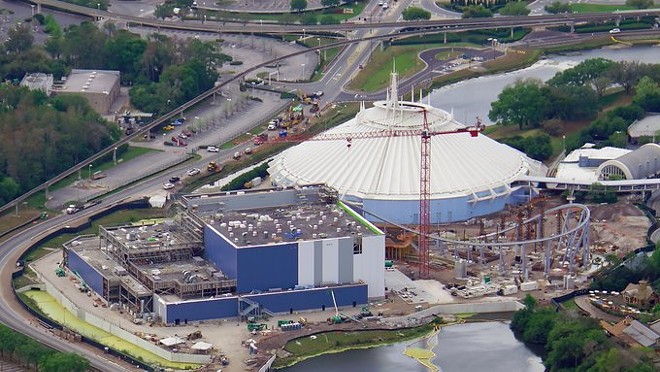 We can see an example of Stanek's thinking from the Great Depression: With decreased construction costs and mounting threats of unemployment, Milton Hershey set out on a building spree in his factory town. Calling it the “Great Building Campaign,” Hershey oversaw dozens of construction projects – a hotel that had been planned for two decades was finally realized, as was a performing arts center, a golf course, a sports stadium and arena, and numerous improvements to existing facilities. Hundreds of construction workers were kept busy. By the end of the Depression, Hershey, Pennsylvania, had shifted its image from that of just another factory town to being one of the nation’s leading vacation destinations. Many of those Depression-era investments remain to this day.

So far, the tourism industry has flashed mixed signals. At Universal, leaders have said projects around the world are continuing to move forward. At Disney World, there seems to be a dichotomy on how to respond with construction projects within the parks paused indefinitely while Reedy Creek projects outside the parks remain active.

Drew Fisher of the tourism-focused "In the Loop" podcast and YouTube channel, who is currently furloughed from his tourism-related job, spoke to Orlando Weekly on what he expects over the next two years. Regional chains like Six Flags and Cedar Fair may choose to not invest in new attractions for the 2021 season, he said, but larger park chains like SeaWorld and Disney are likely already too far along to cancel similar projects. 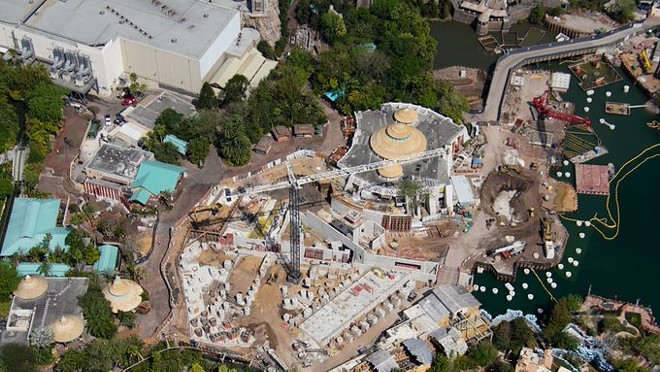 Fisher said, “SeaWorld has probably already paid for their projects. We have seen permits filed, land clearing, and construction walls have already started at several of their parks. This leads to the assumption that ride designers have already started on the manufacturing of the rides, and they wouldn’t do this without some form of payment.” Fisher also noted the same is true for projects at Disney and Universal, where a single new attraction can take up to a decade to design and build.

As the shock of our post-coronavirus reality sets in, and as weeks of social distancing-related closures turn into months, how each company will respond will be become clearer. With tens of thousands of tourism workers already furloughed, one thing is clear: Few seem to be learning from Milton Hershey, who proudly proclaimed, “As far as I know, no man was dropped by reason of the Depression. And no salaries were cut.” To see who will come out ahead after this slowdown, industry leaders may be wise to look to Hershey and Stanek. So far, the only company that seems to be doing so is Universal.
— Our small but mighty team is working tirelessly to bring you news on how coronavirus is affecting Central Florida. Please follow CDC guidelines and Orange County advisories to stay safe, and please support this free publication. Consider making a one-time or monthly donation. Every little bit helps.