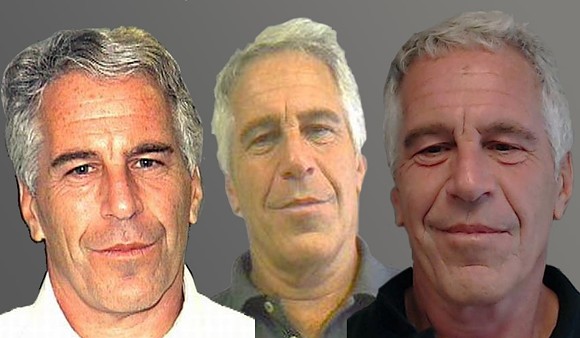 Attorneys for two victims of pedophile sex trafficker Jeffrey Epstein are vowing to challenge a decision Tuesday by a federal appeals court that denies survivors any rights under the Crime Victims’ Rights Act.

The case seeks to overturn a non-prosecution agreement entered into by the U.S. Attorney's Office for the Southern District of Florida with Epstein. The agreement blocked Epstein's prosecution, along with those of his co-conspirators, for federal child sex abuse crimes in Florida.

University of Utah law professor and attorney Paul Cassell shared the split 2-to-1 decision by the Eleventh U.S. Circuit Court on social media, promising to request a new hearing before a larger panel of judges.


"This is impossible to understand," said Epstein victim Courtney Wild, in a statement about the decision published by Cassell. "The government intentionally misled the victims but found a way to get away with it by working with a child molester to get around the law. And the Judges ruled in their favor. How?"

The circuit court's opinion called the secret non-prosecution agreement of Epstein a "national disgrace," but still held that the CVRA only extends victims' rights after an indictment.

According to court documents, between 1999 and 2007, Epstein sexually abused more than 30 minor girls, two of whom Cassell now represents as clients. He and fellow attorney Brad Edwards have been working on the survivors' cases for more than 11 years.

In February 2019, Cassell shared a ruling by U.S. District Judge Kenneth Marra which held that prosecutors had indeed violated the rights of Epstein's victims by deciding to "conceal the existence of the [non-prosecution agreement] and mislead the victims to believe that federal prosecution was still a possibility." Judge Marra directed the litigants to determine what remedy, if any, the victims were now owed.

The newest decision is a setback for the legal team, but they have already expressed plans to file a petition for a rehearing "en banc," with the full Eleventh Circuit.

"It isn't lost on us that our decision leaves petitioner and others like her largely empty handed, and we sincerely regret that." tweet this
Tuesday's 120-page decision includes three separate opinions by the judges, with a dissent by Senior U.S. Circuit Judge Frank M. Hull claiming the ruling "says crime victims of Epstein and his co-conspirators had no statutory rights whatsoever under the Crime Victims’ Rights Act."

"Instead," wrote Hull, "our Court should enforce the plain and unambiguous text of the CVRA and hold that the victims had two CVRA rights — the right to confer with the government’s attorney and the right to be treated fairly — that were repeatedly violated by the U.S. Attorney’s Office in the Southern District of Florida."

The prevailing opinion, written by Judge Kevin C. Newsom, said that the facts tell "a tale of national disgrace," including "active misrepresentation" by federal prosecutors of Epstein's victims to conceal what they were doing to keep Epstein from being federally prosecuted.

Still, in his opinion, the CVRA was never in effect, and the girls Epstein sexually abused did not have any right to confer about the plea arrangements, because no federal criminal charges were ever filed in Florida.

"It isn't lost on us that our decision leaves petitioner and others like her largely empty handed, and we sincerely regret that," said the court's opinion.

"The majority lamented this conclusion, but said that the Congress had not written the Act broadly enough to protect Epstein's victims," wrote Cassell.

"This holding that victims can be intentionally deceived by federal prosecutors until the prosecutors choose to file an indictment conflicts with an earlier ruling by the Fifth Circuit — and cries out for further review."