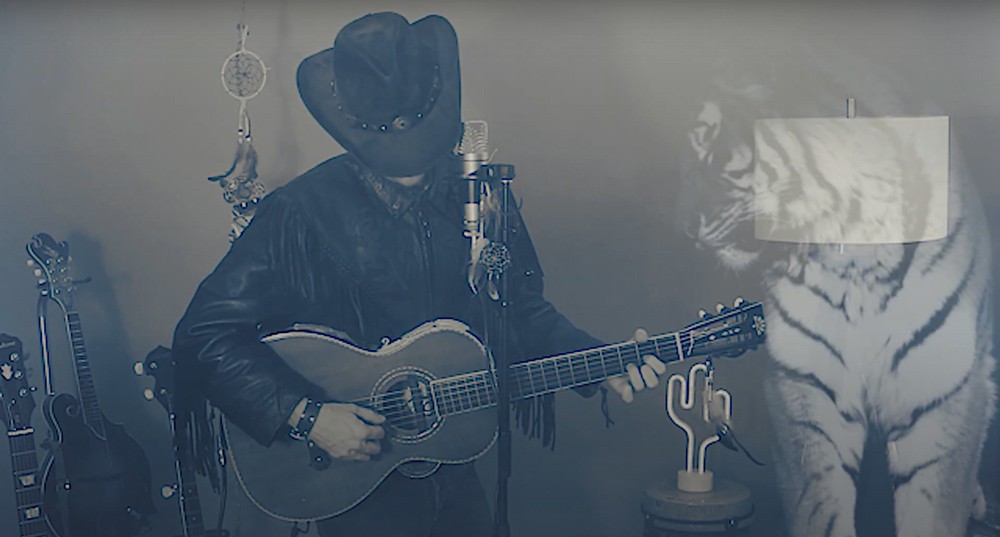 You probably know this by now, but Exotic — who’s the hook of Netflix’s Tiger King docuseries that focuses on his feud with Carole Baskin of Tampa’s Big Cat Rescue — is not responsible for the vocals on his meme-ready country music. The crooning can actually be credited to Vince Johnson and Danny Clinton, who responded to an ad Exotic posted asking for theme songs for a reality show.

As TMZ points out, Johnson and Clinton did the work for free, and recorded three albums worth of songs for Tiger King before Clinton died from a heart condition. “Archival Footage” is the credit the boys got from producers of the Netflix hit.

Blake Yeager has changed that by recording his version of “I Saw a Tiger,” with proper credit to Johnson and Clinton.

“Even though Exotic did not write, or I believe even sing any or most of the songs, he does play the gay country lip-syncing cowboy very well in several outstanding videos,” Yeager, a Swamp Logic alum who plays guitar in Tribal Style, told Orlando Weekly's sister publication, Creative Loafing Tampa Bay.

He called the exercise a "dance on the line between sanity and insanity." tweet this

Like every other musician in the world right now, Yeager, who’s also a photographer, has no gigs and is stuck at home trying to stay occupied while entertaining himself and others. He called the exercise a “dance on the line between sanity and insanity.”

Yeager — a self-professed “crazy cat lady man” who believed in the cage-free life — sees the Netflix series as an anthem of a pandemic that’s left the world looking for whatever entertainment we can find to distract ourselves from the world collapsing around us.

“At the core of it all I think we mostly all feel that no animal should be kept in a cage,” he added. “So even though the world seems to be celebrating Joe Exotic's irresistibly lovable and insane character, it has drawn much attention to the dark side of the exotic animal industry and appears to be contributing to the increased awareness of the practices of those involved.”

Grab a locally brewed "Tiger King" beer, then check out the clip — where Yeager’s clad in a borrowed thrift-store jacket that’s a dead match for one worn by Exotic in the series — below.