A leaked survey shows Universal is considering rapid COVID tests for every guest and team member, among other safety procedures 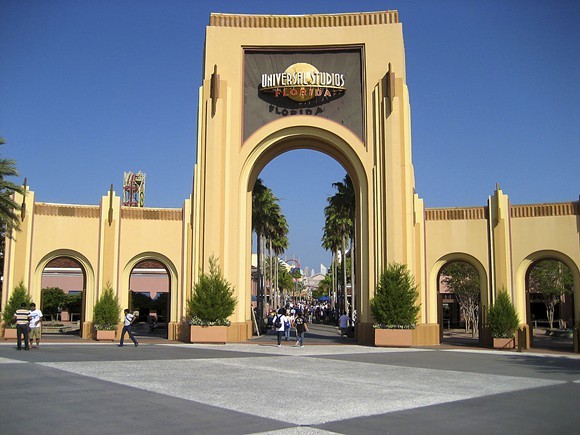 These extraordinary times have theme parks facing challenges never before seen, and that means no amount of previous experience can prepare them for what is ahead. Instead, parks must rely on guest feedback to see what will be acceptable, as they look to reopen amidst a global pandemic that will likely last for a year or more.

While insiders have indicated that local theme parks are looking at different options, Universal is the first to share their various scenarios, albeit in a survey that wasn’t supposed to be leaked. The leaked survey shows a resort trying to gauge what it will take for guests to feel safe enough to return.

Altogether, the survey seems to show Universal is looking at a four-prong approach that would limit park capacity, require guests and team members to undergo checks before entering, require in-park social distancing, and enhance sanitation, which may include masks along with switching to mobile-only payments.

The beginning of the survey has a question about how likely a respondent would return to a theme park if it was only following the "pre-Coronavirus standard operating and safety procedures."

Then it asks nearly two dozen questions regarding various Coronavirus based procedures the resort could implement to have respondents feel comfortable. It’s unclear if all questions were included in all surveys, with some respondents saying they may have only received some of the questions.

Many of the questions on the survey point to operating procedures similar to ones seen at Asian parks when they briefly reopened last month. Those include having guests and team members wear face masks, temperature checks prior to admission, implementing touch-free payment options, suspending crowd gathering activities like parades and nighttime shows, and limiting access to indoor attractions.

Disney Executive Chairman Bob Iger has indicated that Disney is also looking at some of these, specifically mentioning temperature checks. The wording in the Universal survey seems to point to an automatic temperature check system, likely similar to the thermal cameras that Wynn Resorts had installed near all entrances, with those who are flagged by that system being pulled aside and having a manual secondary temperature check.

The wording in the Universal survey seems to point to an automatic temperature check system. tweet this
Virtual queues, like the ones mentioned in the survey, are also something that Disney is rumored to be looking at. These check-ins, similar to systems restaurants have used for years, allow guests to explore the park while waiting to board an attraction instead of standing in a traditional queue. With the park looking at potentially limited attendance to 75 percent, 50 percent, or even 25 percent capacity, this would be a good time to finally roll out these programs that have been in the works for years. Currently, only three attractions at Universal Orlando’s two main theme parks offer virtual queues. It’s highly unlikely that after they are introduced, traditional queues will ever return in mass.

Another question indicates screen-based attractions, which are plentiful at Universal parks, may switch to non-3D versions to eliminate the need for 3D glasses. Universal has also been experimenting with using non-3D films on some of its attractions for years now as it tries to find the right balance in its attraction lineup, so this also may become one of the more permanent changes in the parks.

More extreme measures, such as requiring rapid COVID tests for all team members and guests to enter the parks also made the survey. This is something that multiple industries are now looking at, with at least one airline already implementing them. It’s unclear how some of the procedures on the survey would be implemented in the Orlando parks.

One question asks about closing all indoor attractions and shows. At Universal Studios Florida, where nearly everything is indoors, that would leave only one roller coaster and three kids rides in operation. At Islands of Adventure, two of the park’s most iconic attractions, Harry Potter and the Forbidden Journey and The Amazing Adventures of Spider-Man, would be closed along with potential half of dozen other attractions. The situation at Universal Studios Hollywood is just as bad, with only a handful of attractions being outside.

For now, Universal hasn’t indicated which, if any, of the protocols laid out in the survey will be implemented. Nor have they given any updates on when they plan to reopen, with notices on the website only stating that the resorts will be closed "through at least May 31."

The full list of protocols laid out in the survey is listed below: