Florida's unemployment system is literally the worst one in the country 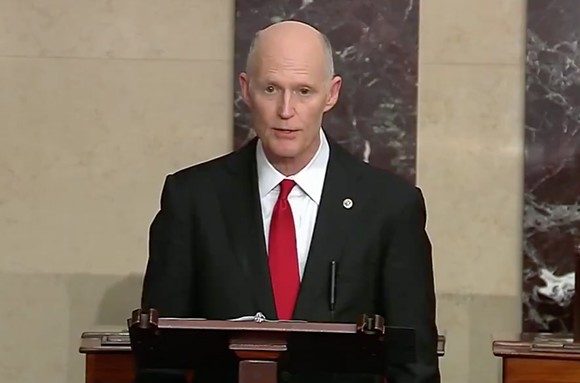 Not only is Florida’s inability to write checks to people who desperately need them abhorrently embarrassing, the state is also the absolute worst in the country at performing this task.

The Associated Press reports that new data released from the U.S. Department of Labor shows Florida ranked at the absolute bottom among all 50 states in the percentage of the unemployed claims it processed, serving just 1.1 pecent of its workforce between mid-March until early April.

The AP added that South Dakota was second-worst (1.8 percent), with Arizona (2.2 percent) coming in third. California had just 6.2 percent of its claims fulfilled, while other states like Texas (3.1 percent), New York (7.6 percent) and Rhode Island (11.9 percent) posted terrible numbers, too.

Yesterday, the Florida’s Department of Economic Opportunity released a new online dashboard in a new effort at transparency. The data, which is updated daily, reflects the number of reemployment assistance claims submitted, verified, processed, and paid.

Thanks, Rick Scott. tweet this
As of right now, the state has over 1.6 million unemployment claims, and just over 94,000 residents have received checks. This is a slight improvement, but it still means that 86 percent of Florida residents who were laid off because of the coronavirus pandemic still haven't seen a single cent from the state.

“Why is Florida in particular having such a difficult time now processing so many claims? It’s because it never intended to process so many,” said Susan Houseman, the director of research for the Michigan-based Upjohn Institute for Employment Research to the Associated Press. “In fact, it was scaling back in recent years. So Florida is even less prepared to handle the onslaught than other states.”

Of course, one of the biggest reasons Florida “never intended to process so many” claims, is because former governor turned Senator Rick Scott essentially gutted the system back in 2010 and wore it as a ceremonial mask to scare off the poors. Now, we’re literally seeing exactly how bad things can get when states don’t provide a bare minimum social safety net.