'The time to open is now,' says state rep, one day after Florida's second-highest death toll 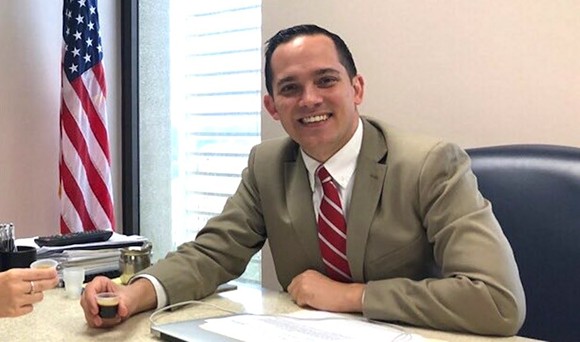 Republican state lawmaker Anthony Sabatini has been circulating an op-ed to Florida publications on Thursday, hoping one of them will publish his essay, titled "The time to open is now."

His argument that Florida should "open all business establishments, including all retail and restaurants this weekend" comes one day after Florida reported the second-highest single-day death toll yet, of 60 people on Wednesday.

Florida currently has had 28,832 coronavirus cases with 960 fatalities. Wednesday's one-day death rate is second only to April 14, when 72 victims died from the disease.

Again, Sabatini's "facts" don't align with the actual rates of infection and death in Florida.

"The chronic burden of medical ills is likely to make people of color less resilient to the ravages of Covid-19 and it is possibly, in fact, likely, that the burden of social ills is also contributing," said Adams.

An April 7 Washington Post investigation backs that up, finding that majority-black counties have three times the infection rate, and almost six times the death rate, as majority-white counties.

"As the novel coronavirus sweeps across the United States, it appears to be infecting and killing black Americans at a disproportionately high rate," the Post reported, using an analysis of early data from jurisdictions across the country.

Newer research has found Black people are dying in disproportionately higher numbers in many major metropolitan areas, including Orlando, Miami and Fort Lauderdale. Florida's population is just under 16 percent Black.

It's no wonder Sabatini doesn't care about the racial implications of his declaration. He has a shameful history with race.

The 31-year-old state representative and former city commissioner was photographed wearing blackface while a sophomore at Eustis High School, including an outfit with a do-rag and gold chains.

Sabatini, who reportedly "drove a junker car painted like the General Lee" in high school, was also photographed in brownface, part of a "Mexican costume with darkened skin, a fake mustache, a serape and a straw cowboy hat turned sideways resembling a sombrero.

Sabatini is hardly the most thoughtful person to weigh in on the public health crisis. He's backed legislation to allow open carry of firearms without a license, to allow concealed weapons on college campuses, and to deny life-saving health care to transgender youth. He once tweeted "MAGA" at reporter who was allegedly assaulted at Orlando Trump rally.

Now, as other southeast Republican governors are signaling similar plans to reopen business before any decline in coronavirus cases takes place, Sabatini and elected leaders like him are more loudly taking taking up the anti-science, increasingly partisan position, and weaponizing ignorance in the process.

Protesters gathered on April 17 at the Orange County administration building downtown, calling for businesses to reopen, and three statewide protests are planned this Saturday in Orlando, Tallahassee and Miami, called "Operation: Reopen Florida." The events are led in part by right-wing leaders of the Proud Boys.

Sabatini, of Howey-in-the-Hills, already drew two Democratic challengers from Clermont last year for his 2020 District 32 race, with Ryan Morales filing in April 2019, and Stephanie Dukes in November. The district, however, leans decidedly Republican, a fact reflected by the challengers, neither of whom have political experience.

Morales uses a Star Wars-themed logo and lists his occupations as "marketing Jedi," author, DJ, artist and political consultant. Dukes is a retired Tallahassee transportation system worker and teacher for Miami-Dade County Public School System with a 1,300-word biography on her website.

With little threat from his political opposition to act as a check on Sabatini's recklessness, it's up to individual publications and media outlets to check their own consciences before publishing his op-ed and amplifying such deadly nonsense.