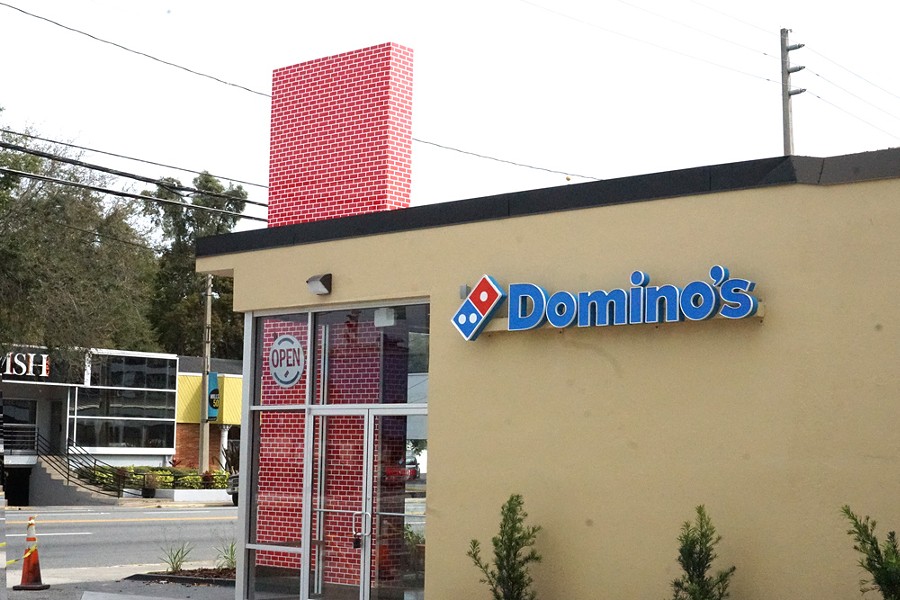 The new Domino's that popped up on E. Colonial Drive isn't quite like any other – it holds a little nugget of Orlando history, a retro sign that has stood in place for almost 65 years.

The historic sign attached to the building donning the bold lettering of "Porter Paints" on a dynamic orange and beige background is now covered with red vinyl.

As the new owner of the building, Domino's requested last year for the sign to be removed from the landmark sign program, which grants it protection since 1995. They then filed a request with the City to get the sign replaced.

For context, if the sign were an actual historical landmark, Domino's request would not be heeded, but because it's protected only under the landmark sign program, a new building owner can have it removed.

For now, the now-obscured sign remains. Its new covering resembles a brick-like pattern and blends what used to be a '50s era sign into the "brick oven" brand identity of Domino's.

With Domino's as the new tenant, the building is owned by CBC II LLC, the company of prominent Orlando restaurant executive David Crabtree, also known as the President and CEO of Orlando-based company Planet Hollywood Inc.

Despite new building ownership, the legacy of Porter Paints spans over half a century. Originally installed in 1956, the emblematic sign has become a somewhat significant and evidently nostalgic part of town.

Domino's made no comment as to whether the vinyl covering is meant to preserve the historic sign, or temporarily conceal it before it is removed or disfigured. With the sign still standing, Domino's future plans for it remain unclear.