It has come to my attention that I am way smarter than Dr. Anthony Fauci

If you’ve read the comments section of any respected website over the past year, certainly you’re aware of my expertise ranging from, but not limited to: The Constitution. Venezuela. Libtards. The Founding Fathers. Regulating the uterus. Martial arts. Jesus. World of Warcraft. Babes. And how the ’97 Olmsted Falls Bulldogs would have totally won state if coach let me start at middle linebacker instead of Chad Weaver. (Complete, unabridged remarks on Chad Weaver available upon request.)

What you may not know is that I’m now a leading authority on infectious disease.

How did I obtain this knowledge? The right way. Through the School of Hard Knocks. And seeing memes on Facebook. And watching a few minutes of Hannity each night before dinner. Which I now have to make myself. Because my wife left last September. And may or may not be hiding out at her sister’s place in North Carolina. A matter I plan to fully investigate once the restraining order expires.

Clearly this exhaustive research grants me the right to categorically reject the opinions of so-called “experts,” who know way less than me, as evidenced by my use of the phrase “so-called” earlier in this sentence.

Unlike them, I am not biased, for I do not rely on discredited notions of science or study or clinical analysis to reach my findings. I have developed a foolproof method of divining truth from fiction:

Anything that coincides with my existing beliefs: Truth. Anything that doesn’t: Sheeple feed spread by Bill Gates and/or Alyssa Milano and/or 5G towers in Great Britain. 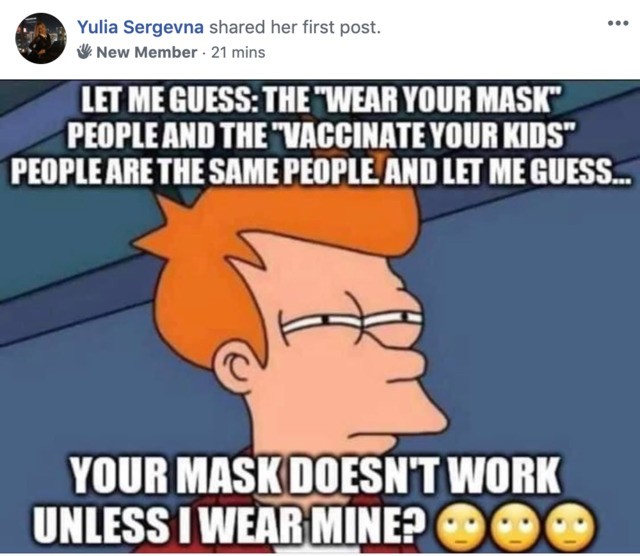 This exacting methodology has allowed me, in just a few short days, to declare myself way more knowledgeable than anyone else. This includes so-called “Dr.” Anthony Fauci, who says things that will inconvenience me and probably hasn’t even converted his AR-15 to fully automatic, so how can he possibly be trusted? Anthony Fauci hates freedom.

I, on the other hand, am BFF with freedom. I have a shrine to Lindsey Graham in my backyard to prove it. Which is why you’ll now find me protesting at the statehouse. Because I have declared it perfectly safe to restart the economy.

Surely you’ve admired the photos of me in the news. Jutting chin under performance sunglasses, posing in camo with my Ruger AR-556, the very essence of virility. It’s a look that says, “Don’t Tread on This 100% Red-Blooded Patriot Who Happens to Be Available Because His Wife Won’t Likely Be Returning; DM Me If Interested.”

It’s also a look that says freedom. Give me Bob Evans or give me death. The cure can’t be worse than the disease. And I want a haircut.

What do you get when socialism is allowed to fester? They close the goddamned Great Clips. That’s what.

Some of you have questioned my scholarly bona fides, noting that I proudly fly the Confederate flag, which makes me a so-called “racist,” since “freedom” and “slavery” are “mutually exclusive.”

The Civil War wasn’t fought over slavery. It was fought over the liberty to own slaves. Big difference.

For I am a patriot. And an infectious disease expert. Ask not what your country can do for you. Ask what you can do for the Dow Jones Industrial Average.

This article originally appeared in the Cleveland Scene.