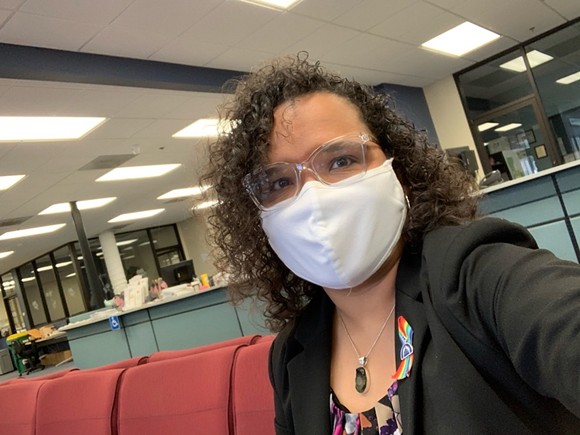 Mercado posted the news on Facebook from the supervisor of elections' office Monday at noon, wearing a face mask. The two-term representative was first elected in 2016 and again in 2018, and was allowed to run up to two more times, under Florida term limits.

"I am thrilled to announce that I filed for Orange County Property Appraiser today!" she wrote in the post. "While it has been a successful four years representing residents of House District 48 in Tallahassee, I am passionate about making the move to serve Orange County at the local level and bringing a fresh perspective to the Property Appraiser's Office."

Mercado had faced a primary opponent in her Florida House District 48 reelection bid, Anthony Tsonis, who has reported no financial activity since he filed on April 23. Florida Politics reported neither Mercado nor Orange County Democratic Chair Wes Hodge said they knew of Tsonis. The state House district includes the Orlando International Airport.

Singh has had a very controversial tenure. In January, WFTV reported the Florida Department of Law Enforcement said Orange County Property Appraiser Rick Singh should be criminally charged with official misconduct for destroying documents in a financial probe. In 2018, a lawsuit alleged Singh had strippers in his office, and paid personal trips with taxpayer money.

"These allegations are completely baseless and clearly made with the sole intention of damaging Mr. Singh personally,"said his office said in a statement at the time. "Mr. Singh vehemently denies these malicious attacks on his character."

The primary election is scheduled to take place on August 18, and with no Republican challengers, the outcome could likely be decided on that date.
_
Please follow CDC guidelines and Orange County advisories to stay safe, and please support this free publication. Our small but mighty team is working tirelessly to bring you news on how coronavirus is affecting Central Florida. Please consider making a one-time or monthly donation. Every little bit helps.