A federal judge said Wednesday he intends to lay out a process for the state to allow voting by felons who cannot afford to pay court-ordered “legal financial obligations,” after Florida elections officials failed to develop a procedure.

U.S. District Judge Robert Hinkle’s comments came at the end of an eight-day trial in a voting-rights lawsuit challenging a state law that requires felons who have served their time in prison to pay legal financial obligations – fees, fines, costs and restitution – to be eligible to cast ballots.

The law, passed by the Republican-controlled Legislature last year, was aimed at carrying out a 2018 constitutional amendment restoring voting rights to felons “who have completed all terms of their sentences, including parole and probation.”

Hinkle left no doubt about how he intends to rule, pointing to a decision by the 11th U.S. Circuit Court of Appeals that upheld a preliminary injunction he issued in October in favor of 17 plaintiffs in the lawsuit.

In the Feb. 19 ruling, a three-judge panel of the Atlanta-based appeals court found that requiring all felons to pay financial obligations violates equal protection rights guaranteed under the 14th Amendment because it “punishes those who cannot pay more harshly than those who can.”

“Assume that the (preliminary injunction) order that was entered is going to apply to everybody in the class. I don’t think I’m going to surprise you. I’m going to follow the 11th Circuit decision,” the judge said Wednesday.

In the preliminary injunction, Hinkle ruled it is unconstitutional to deny the right to vote to felons who are “genuinely unable to pay” financial obligations associated with their convictions. The judge’s October injunction also ordered the state to come up with an administrative process to allow voting by felons with outstanding financial obligations who can’t afford to pay the debts.

This week, Florida Division of Elections Director Maria Matthews told Hinkle her office has not finalized such a plan.

“I would ask the court to indulge the state in an opportunity to lay out a more detailed plan of how a remedy could be put forward of the legal financial obligations part, statewide,” Jazil said, eliciting a mild rebuke from Hinkle.

“I’m simply asking the court for a short indulgence, at least a short paper from the state highlighting what we think would or wouldn’t be workable,” Jazil said. 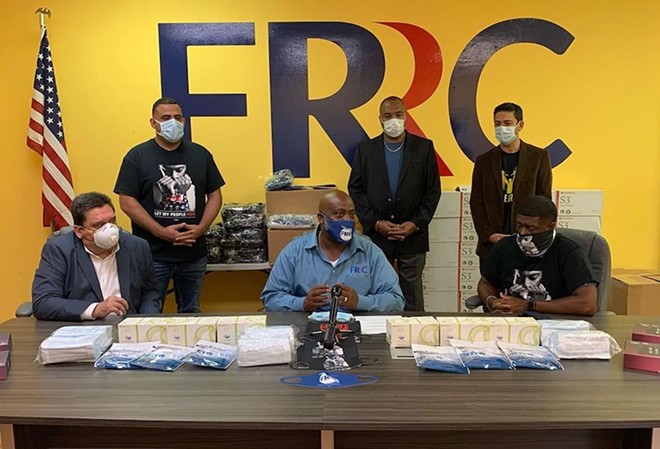 The state “has thoughts on the issue,” the administration’s lawyer told the judge.

“The state has not crystallized those issues, so I would just like to preserve an opportunity to at least put something short … on paper, because some of this would go to the workability of the remedy,” Jazil said, adding that he wanted to consult with Oren Rosenthal, a lawyer for Miami-Dade County Supervisor of Elections Christina White, who is one of the defendants in the lawsuit.

But “the time to confer with Mr. Rosenthal was some time ago,” Hinkle said.

“I’m not going to set up additional briefing. I’m going to make a ruling. I expect it to be a whole lot easier to administer than anything you’ve dealt with so far. That may be a bit of a bold statement, and when I write it down, I may find that it’s not as easy as I thought it might be. I certainly don’t think it’s easy, but I hope to make it better for you. I hope it’s more administrable,” the judge said.

National voting-rights groups maintain that the 2019 Florida law linking finances with voting rights amounts to an unconstitutional “poll tax.” The Republican governor, meanwhile, has fiercely defended the statute, saying that it properly carries out constitutional amendment.

But since the trial began on April 27, testimony from county elections officials, clerks of court, felons and scholars spotlighted the difficulty in ascertaining whether people who are convicted of felonies owe money. Court records, especially in older cases, can be contradictory or incomplete. Databases are difficult to navigate. People sometimes have to pay to obtain the records.

Under pressure from plaintiffs’ lawyers in the days leading up to the trial, attorneys representing the DeSantis administration released a procedure for identifying felons who had outstanding financial obligations. Plaintiffs’ lawyers maintain the process is inadequate and accused the state of intentionally waiting until the last minute to release the details.

Plaintiffs allege that the Florida law discriminates against returning citizens who are black. tweet this
The revised plan instructs state elections workers to credit all payments felons have made – including fees to collections agencies or other third parties – toward the total amount assessed at the time of sentencing. If the payments equal or surpass the amount assessed at sentencing, the voter is considered eligible, according to the new procedure.

But plaintiffs’ lawyers said the revised process is problematic because clerks of court do not always keep records of restitution payments or payments made to collection agencies. Felons may not have to pay restitution to be eligible to vote, if the restitution was not ordered at the time of sentencing, they argued.

“This is a nice idea, but it’s an absolutely impossible system,” American Civil Liberties Union attorney Julie Ebenstein argued Wednesday. “It’s the equivalent to a credit card company telling somebody to figure out what they owe by finding receipts from the last two decades as opposed to checking their statements online.”

The plaintiffs also allege that the Florida law discriminates against “returning citizens” who are black because they make up a larger percentage of convicted felons than the general population.

The state, however, argues that lawmakers did not intend to discriminate against African Americans when they drafted the legislation (SB 7066).

Hinkle acknowledged Wednesday “there’s no direct evidence of racial animus in anybody’s heart in any of this.”

But, he added, “there plainly is a racial impact” in the law, because black people comprise a disproportionate amount of the felon population and are more likely to register as Democrats and vote for Democrats.

As an October deadline for Floridians to register to vote in the November elections looms, Hinkle said he intends to rule “in a hurry” on the lawsuit.