by Jim Saunders and Jim Turner, News Service of Florida 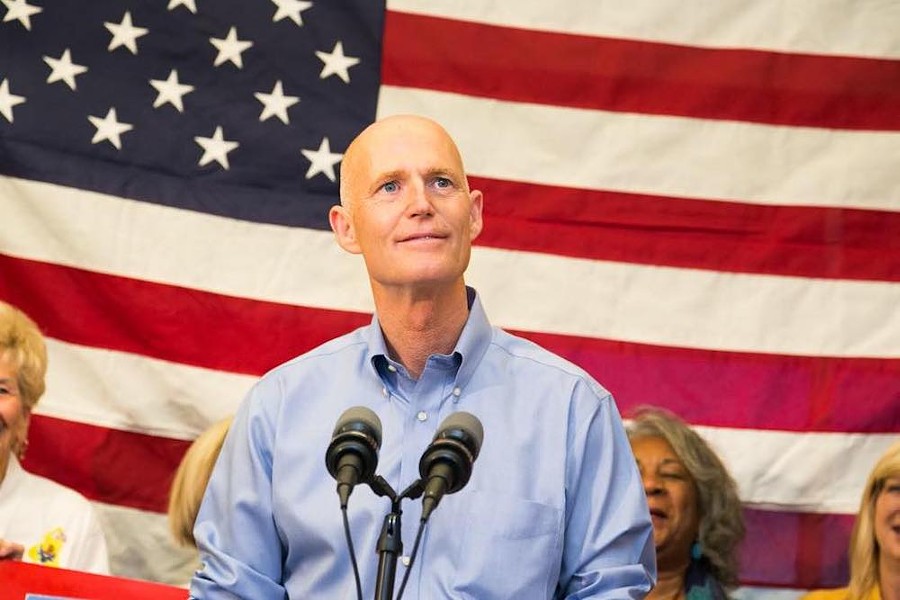 A Leon County circuit judge Wednesday dismissed a lawsuit seeking to force the state to process and pay unemployment claims that have been delayed amid a crush of people losing jobs because of the coronavirus pandemic.

The potential class-action lawsuit was filed last month as the state’s CONNECT unemployment system faced massive problems. But after a telephone hearing Wednesday, Judge Angela Dempsey said the plaintiffs did not meet legal requirements for a relatively unusual type of order known as a “writ of mandamus.”

“I believe we all want these claims to be resolved efficiently, and we all feel bad for these folks that are having to wait, but I’m bound by the law of mandamus and by the law as it’s written (in a chapter of state statutes),” Dempsey said.

From March 15 to Tuesday, the state system received more than 1.8 million unemployment claims, of which more than 1.1 million were considered “unique,” with the difference due to duplicates or incomplete paperwork. Of the unique claims, nearly 770,000 had been processed as of Tuesday. Payments had been made to 481,497 claimants.

During the hearing, attorneys for unemployed people pleaded with Dempsey to issue an order directing the state to get the claims resolved.

“They (state officials) have had their shot at this. Too little, too late. Something has to be done,” attorney Gautier Kitchen said.

Florida's unemployment website went live in 2013 at a cost of $77.9 million under then-Gov. Rick Scott. tweet this
James Uthmeier, an attorney for Gov. Ron DeSantis, said state officials “understand people need help, and we’re working as hard as we can to help them.” But he said the plaintiffs did not meet the legal tests for the order they sought.

DeSantis on Monday said he will ask his chief inspector general to review the management of CONNECT, which went live in 2013 at a cost of $77.9 million under then-Gov. Rick Scott.

“We've now launched an investigation about how this was acquired and all the money spent,” DeSantis said Wednesday while in Miami. “That was before I was governor. This was in 2011 through like 2016. So, there's a lot of problems with it. There's been a lot of engineering that's been done.”

DeSantis has also said he would consider a request to bar from future state contracts Deloitte Consulting, which at more than $40 million had the largest contract in setting up the CONNECT system.

“Any system was going to have some problems, but if we had anything other than 3 or 4 percent unemployment, this system was going to be a problem,” DeSantis said Monday. “Even in a mild recession, this would have been a problem. So, that’s not a good use of taxpayer money.”

In response to potentially being barred from future state contracts, Deloitte issued a statement defending its past work.

“When we completed our work in 2015, CONNECT was vastly outperforming the systems it replaced and accurately processing reemployment assistance claims faster than ever before,” the company statement said. “All IT systems require ongoing maintenance, and since Deloitte has not worked on CONNECT in five years, we do not know how, or even if, the technology has been maintained. What we do know is that other IT systems we developed are performing well during this unprecedented surge in demand, and we are currently working collaboratively with several states to provide critical benefits to millions of workers and their families.”

Agriculture Commissioner Nikki Fried, the only statewide elected Democrat, has also called for the state’s chief inspector general to review the management of CONNECT.

Fried said in a letter Monday that several audits over the years have detailed more than 600 issues with the system, “about which the governor was briefed in 2019.”

Meanwhile, prominent Orlando trial attorney John Morgan said he can get back the $77.9 million Florida spent setting up the CONNECT system.

In a video posted Wednesday to Facebook, Morgan asked DeSantis to “turn me and my team loose.”

“We will recover that money for the state of Florida. You know what I'll charge you to do this: zero. Nothing. Put every single penny back in your pocket and in the pocket of the unemployed,” Morgan said. “Look, whoever sold us this, ripped us off. If somebody put an air-conditioning system in and it didn't work, what would you do? If somebody sold you a car that didn't work? What would you do?”

Morgan added that DeSantis is “doing one hell of a job.” DeSantis’ office didn’t immediately reply to a request for comment.