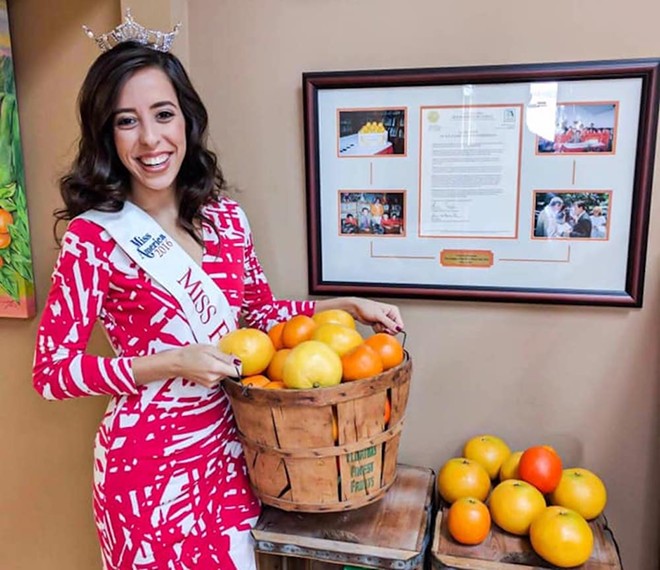 Florida Department of Citrus money unused because of the coronavirus pandemic will be directed toward increasing orange-juice sales, as projections of this season’s citrus production have declined.

The Florida Citrus Commission agreed Tuesday to add $277,000 to an ongoing digital ad campaign, with most of the money coming from employee travel plans that were halted because of the deadly virus.

“The additional funding for global marketing is going towards extending and enhancing the current digital and social marketing campaign to drive sales of 100 percent orange juice,” department Assistant Director of Global Marketing Shelley Rossetter said in an email after the commission’s vote, which came in a conference call.

The campaign, budgeted at $4.5 million for the fiscal year that ends June 30, is targeted at “lapsed” orange juice buyers, primarily parents between the ages of 30 and 60 who haven’t bought juice during the prior month.

Because of the pandemic, the agency’s global marketing staff has shifted from the road to working online and by telephone. Also, the commission staff has had to cancel plans for a media presentation in Arizona on the health benefits of orange juice and attending a registered dietitians conference in Canada.

The campaign, budgeted at $4.5 million, is targeted at “lapsed” orange juice buyers, like parents aged 30 to 60 who haven’t bought juice in the past month. tweet this

The increased attention on the marketing campaign came as the state saw projected orange production drop this month by 0.5 percent from an April forecast, while projected grapefruit production is down 5.7 percent in the same period, according to a forecast released Tuesday by the U.S. Department of Agriculture.

In numbers that are close to final for the 2019-2020 growing season, oranges are now projected to fill 69.65 million industry-standard 90-pound boxes, down from a forecast 70 million boxes in April.

The orange crop is below the 71.85 million boxes filled during the 2018-2019 season. Both seasons were an improvement from 2017-2018, when production fell to 40.5 million boxes after the industry was hit hard by Hurricane Irma.

The forecast for Valencia oranges, which will continue to be picked through June, held at 40 million boxes from April to May.

“We remain hopeful that the Valencia production will stay on par with current projections,” Florida Department of Citrus Executive Director Shannon Shepp said in a prepared statement.

Non-Valencia oranges, which account for just over 40 percent of the state’s crop, are considered finished for the current season with enough to fill 29.85 million boxes, down from 30 million boxes in the April forecast.

The projected grapefruit crop is at 4.9 million boxes, down from the April forecast of 5.2 million boxes. The industry produced 4.51 million boxes during the 2018-2019 season.

The new forecast also shows a projected decline in the state’s citrus specialty crops, primarily tangerines and tangelos, from 1.05 million boxes to 1.02 million boxes. Tangerine production is also considered done for the current season, which began as the summer came to a close in 2019.

The state produced as many as 200 million boxes of oranges annually 20 years ago, but the industry has faced a series of issues that have led to dramatically reduced production. Those issues have included the impacts of hurricanes, citrus greening disease, a reduction in acres because of rapid development and changes in drinking habits.

Even with the lower numbers, growers started the current season facing an oversupply of citrus because juice processors did not expect Florida production to return to the level seen just before Hurricane Irma in 2017. Processors signed three- and five-year supply deals with growers from countries including Mexico and Brazil.