The office of Hillsborough State Attorney Andrew Warren filed the notice Friday, stating that the charges of unlawful assembly and violating quarantine orders during a public health emergency, have been dropped against Howard-Browne, who is the head pastor at The River Tampa Bay Church.

“In deciding whether to criminally prosecute violations of stay-at-home orders, compliance is our North Star,” said Warren in a statement to the Tampa Bay Times. “Each case is unique, and each one will be assessed based on the facts and the law. But, in general, if the person who was arrested poses no ongoing threat to public health, then our tendency will be not to prosecute the case beyond the arrest.”

In a statement sent to Creative Loafing Tampa Bay, Howard-Browne’s lawyer, Mat Staver of the Liberty Counsel, said the pastor was “wrongfully arrested at his home on March 30,” and said that Hillsborough Sheriff Chad Chronsiter’s arrest was “politically motivated,” alluding that the situation was used to bolster his reelection campaign.

“The arrest and the press conference were outrageous and caught the attention of the nation and the world,” said Staver “As a result of this arrest, Florida Governor Ron DeSantis declared attendance at churches, synagogues, and houses of worship to be an essential activity. This arrest freed up every church in Florida to meet. We are pleased that all the charges have been dropped. It is now time to move forward with healing and restoration.”

Howard-Browne has not reopened his church, though last month his lawyer mentioned that the The River at Tampa Bay has lost its insurance. tweet this

Chronister, a registered Republican, previously met with Howard-Browne and his wife at their home last month in Hernando County. "So honored to meet with Sheriff Chad Chronister today!," wrote Howard-Browne in an April 29 Facebook post. "He came to our house and met with @adonicashowardbrowne and I. We had a great lunch together. We discussed the way forward in the opening up of Hillsborough County and the role of the @rivertampabay River Church in cooperation with the Hillsborough County Sheriffs department."

The visit has since raised questions of whether or not Howard-Browne is receiving special treatment after blatantly breaking the law. "That gives me cause for concern, that there’s some degree of special treatment being dished out that would run contrary to the ethical position the sheriff should be taking,” said Kenneth Nunn, a professor of criminal law and procedure at the University of Florida to the Times. “It boils down to whether you would treat other people the same way and whether that appearance would suggest there’s some degree of favoritism.”

Since the arrest, Howard-Browne has not reopened his church, though last month his lawyer mentioned that the The River at Tampa Bay has lost its insurance.

Instead, the pastor has spent his time hosting daily 3-hour live streams where he complains about globalists, defends President Donald Trump and makes wildly stupid and dangerous claims like "if you’ve gotten a flu vaccine in the last 10 years you will falsely test positive for COVID-19." 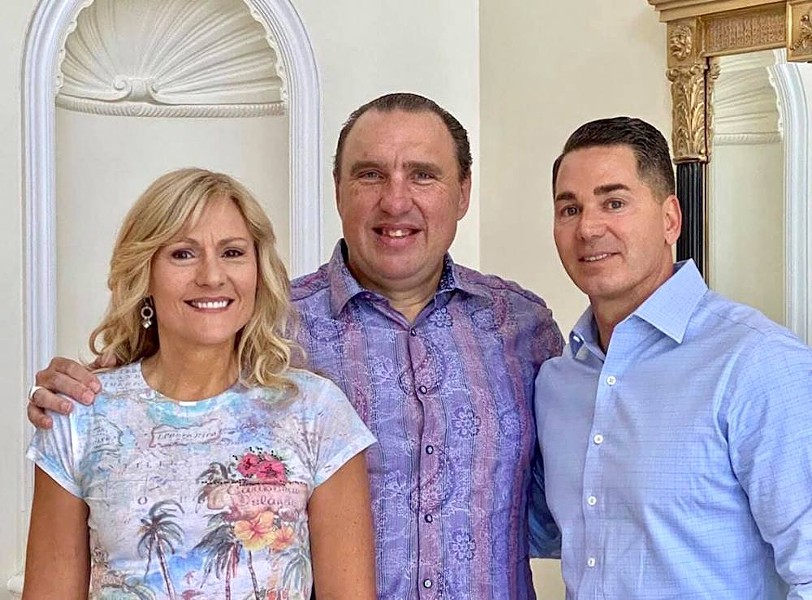