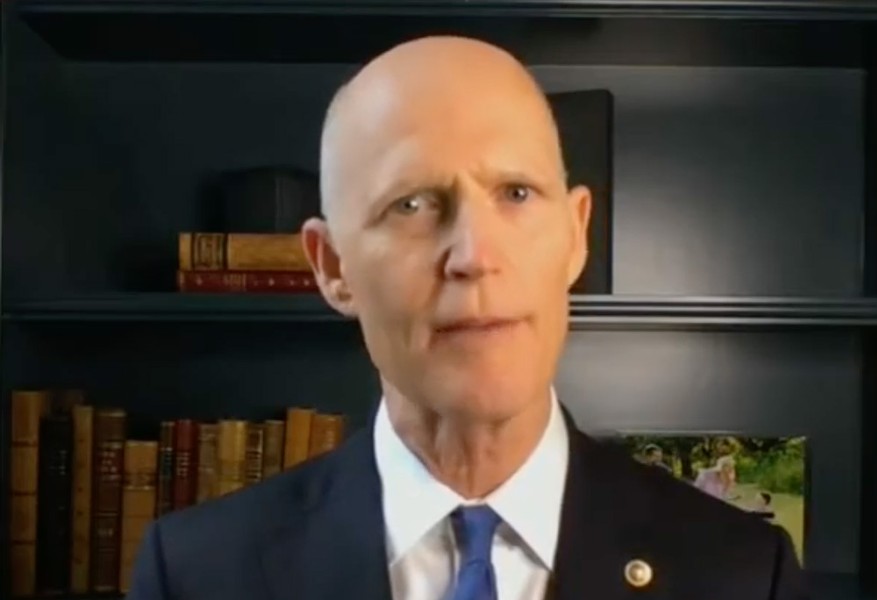 The former Florida governor expressed sorrow for those unemployed, saying members of his family were often unemployed when he was younger.

"Every family I talk to is saying, 'We'll figure out how to stay safe, let us have our jobs back,'" Scott said.

This comes after the Department of Labor released new figures on unemployment that saw over 2.4 million new claims filed across the U.S., bringing the total to over 39 million.

"They want to get back to their jobs," Scott said in the interview, after claiming in an April 23 fundraising email that many people don't want to go back to work because unemployment benefits pay more than their jobs.
Floridians angry about the state's Connect website left comments under the Fox interview on YouTube, with many saying Scott's actions hurt Floridians who needed unemployment assistance before and during the coronavirus pandemic. Others commented that Scott should fix the system in Florida before criticizing other states.

The Florida unemployment system, commissioned by Scott during his term as Governor, has had countless malfunctions and resulted in residents waiting months for their unemployment benefits, with subsequent lawsuits against the state and the company that built the system, Deloitte.

Scott then moved on to New York Gov. Andrew Cuomo, saying he borrows too much money and claiming falsely that Florida has to pay for New York's needs.