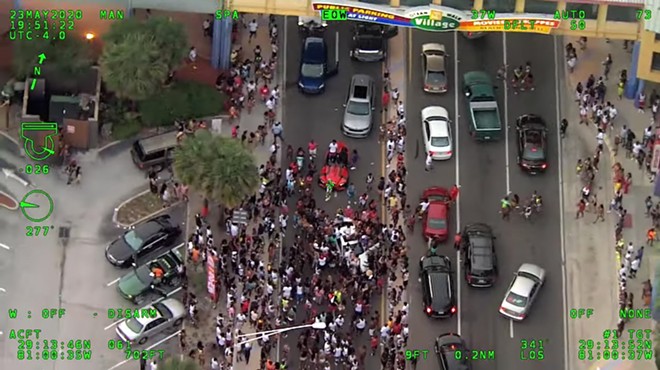 As the gradual reopening of Florida continues apace, area beaches were crowded over the long Memorial Day weekend, long considered the kick-off to the summer tourist season. Despite social distancing guidelines and rainy days, many thousands crowding in for a little sun and surf.

The action started for many before they even reached the sand, with a gigantic traffic clusterfuck on A1A in Daytona Beach. ClickOrlando reports that massive crowds (estimated around 200) of people streamed on to the highway to participate in what was apparently a rap video shoot, according to CNN. (Complete with money being thrown from a car.)

"We got slammed. Disney is closed, Universal is closed. Everything is closed, so where did everybody come with the first warm day with 50% opening? Everybody came to the beach," said Volusia County Sheriff Mike Chitwood said at a news conference on Sunday, according to CBS News. 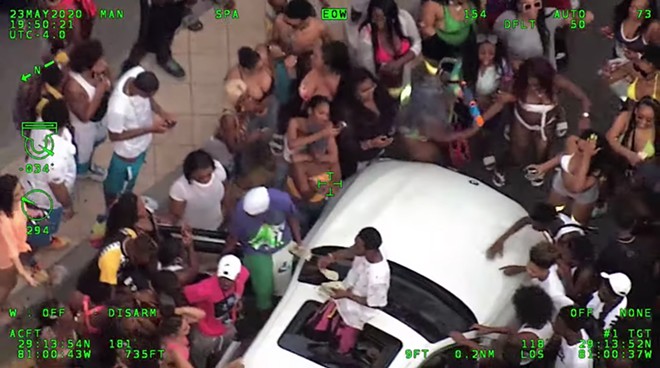 Once revelers reached the beach, it wasn't exactly smooth sailing, with a combination of crowded conditions and weather resulting in lifeguards pulling over 500 people from the water starting Thursday.

“We had very large crowds down here on the beach, we rescued about 560 people out of the water since Thursday when our crowds started trickling in,” said Captain Tamra Malphurs of Volusia County Beach Safety, according to News 13.
Over in Tampa Bay, by early afternoon on Saturday, beaches on Treasure Island, Clearwater Beach, Madeira Beach and St. Pete Beach were already filled to capacity and closed, as were many access parking lots, according to the Tampa Bay Times. The Pinellas County Sheriff's Office called it an "unprecedented level of closures."

In a sliver of silver lining, the Volusia County Beaches Facebook shared a nice story about a beach-goer who, moments after applauding a lifeguard for saving a fellow swimmer, was then rescued by the same lifeguard when they too got caught in a rip current: