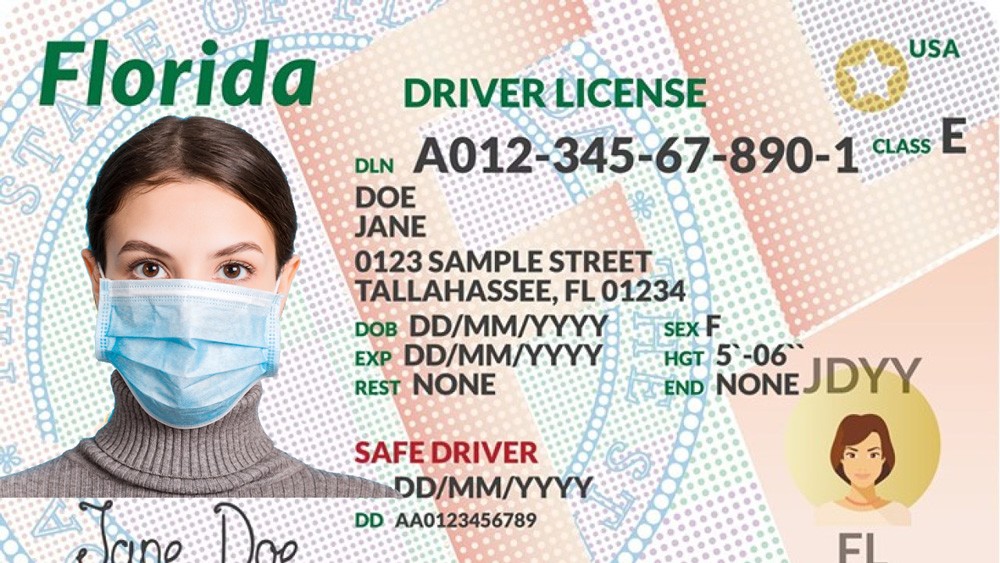 Florida’s newest drivers still need to take behind-the-wheel tests to get licenses, but they should expect some changes in the way tests are conducted, at least while the coronavirus is still around.

In a memo this month, the Florida Department of Highway Safety and Motor Vehicles said that as state offices reopen to the public in counties such as Miami-Dade and Broward, road tests will be conducted with examiners outside of the vehicles.

Examiners will use devices such as a walkie-talkies or cell phones to dictate instructions to drivers, who will do road tests in a “closed course at the office,” Aaron Keller, an agency spokesman, told The News Service of Florida.

Drivers will need to be accompanied by co-pilots who are licensed in the country and are 21 or older, the memo said. The passengers cannot help the drivers during the tests and cannot be driving school instructors.

The department said the new procedures are designed to mitigate the spread of COVID-19, the respiratory illness caused by the coronavirus. State and local offices across Florida have been closed since March due to the pandemic, leaving thousands of teens and new drivers waiting to get their driver’s licenses.

One county tax collector is not following the state’s procedures for remote testing, and scoffed at the idea that a road test could be conducted without an examiner in the car. click to tweet
In most of the state, driver’s license services are managed by county tax collectors. While the state has issued new road-testing procedures for its offices, tax collectors will be able to determine when to open and how to provide services, including driving tests, Keller said.

Bay County Tax Collector Chuck Perdue, for example, is not following the state’s procedures for remote testing. He scoffed at the idea that a road test could be conducted in any other way than with an examiner in the car.

“Road tests, with the examiner in the car, is truly the only way that you can assess someone’s skill set and demeanor as well as meet the department’s requirements,” Perdue told the News Service in an interview Wednesday.

“In closed courses, you can't really see how a person is going to interact with the traffic or handle intersections,” he added.

Perdue said his office resumed road tests in May. The tests are conducted with an examiner in the car, and people are required to wear face masks to prevent spread of the virus.

The office has also put in place a series of other measures to prevent the spread of the virus, Perdue said.

When drivers arrive at the office by appointment only, they are asked a series of questions, including whether they have visited a hospital or a prison, or if they have traveled outside of the country or to Miami-Dade, Broward and Palm Beach counties, which have been hotspots for COVID-19.

“We will greet them outside of the front door. We will take their temperatures. We will require them to wear a mask, and if they don't have one, we will provide one. Then they will sanitize their hands,” Perdue said.

Perdue said all 65 employees and their household members were offered COVID-19 testing at no cost to ensure that the office opened to the public with a healthy workforce. So far, 107 tests have been conducted, and all came back negative, he said.

After seeing a significant drop in the number of driver’s licenses issued in March and April, Perdue said he wanted to restart road testing as soon as possible.

In April, 65 driver’s licenses were issued, compared to the 3,800 licenses issued last April, he said.

As Bay County restarts road tests, driver’s license offices in a number of Florida counties and state-operated offices in Miami-Dade, Broward and Volusia counties have not reopened.

In Duval County, no date has been scheduled for when driving tests will restart, Sherry Hall, the chief deputy tax collector, told the News Service.

Hall said the office wants to follow the state’s guidance on allowing examiners to conduct road tests outside of vehicles, but it does not have a “confined driving course” that would be conducive to that type of test.

“So right now, locally, we are trying to find a location where we could begin to administer the tests in that way,” she said. “We don’t have a date yet, but we are actively working on it.”

Manuel Pena, the owner of Maria Auto School Co. in Miami, a third-party administrator of driver’s license exams, said the few students he has had in the last couple of months are waiting for offices to reopen so they can finalize the process of getting driver’s licenses.

“At this moment we are on freeze by the licensing department (the Department of Highway Safety and Motor Vehicles),” Pena, said in an interview with the News Service. “Everything has stopped because students have to go get their photos taken and go through that process.”

But his driving school is open for business. He said his instructors are taking precautions and wear a “double mask,” a face mask and a plastic shield, every time they conduct road tests with students.

“We need to take care of ourselves,” he said. “Nobody wants to die.”