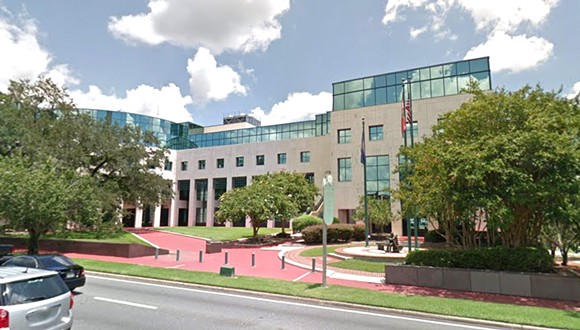 Pointing to the constitutional separation of powers, a Leon County circuit judge Thursday refused to order the Florida Department of Economic Opportunity to take steps to “fix” the state’s much-maligned unemployment compensation system to process and pay claims.

Judge John Cooper turned down a request for a preliminary injunction in a potential class-action lawsuit filed on behalf of people who have faced problems in receiving unemployment benefits amid massive job losses during the coronavirus pandemic.

Cooper, who held a hearing that lasted all day Tuesday and throughout Thursday afternoon, said he doesn’t think he has “the power to take control” of the Department of Economic Opportunity under the separation of powers between the executive and judicial branches of government.

“The law in Florida is without a shadow of a doubt clear that courts can’t tell executive agencies how to run their business,” Cooper said.

The judge acknowledged that the decision “is going to make a lot of people unhappy with me” but said he also hadn’t seen evidence about how the unemployment system could be fixed.

“We can’t even agree what fix means among the parties,” Cooper said.

The judge acknowledged that the decision "is going to make a lot of people unhappy with me." tweet this
Plaintiffs filed the lawsuit last month and have raised a series of issues, including that the state and a contractor, Deloitte Consulting, were negligent in their handling of Florida’s CONNECT online unemployment system and breached a fiduciary duty. While Cooper denied the request for a preliminary injunction, the underlying lawsuit will continue.

The lawsuit came as people throughout the state ran into problems filing claims and getting payments after suddenly losing their jobs. At one point, Gov. Ron DeSantis described the CONNECT system, which started operating in 2013, as a “jalopy.”

In arguing for an injunction, plaintiffs’ attorneys contended that Cooper should order the department to quickly make changes to process and pay claims. During the hearing Tuesday, they presented witnesses who described frustrating efforts to navigate the system and receive payments.

Daniel Nordby, an attorney for the Department of Economic Opportunity, said the agency has sympathy for people who are out of work and have faced challenges in getting unemployment benefits. But he raised a series of legal arguments opposing a preliminary injunction and said the agency has taken numerous steps to improve the system and pay claims.

As examples, the department added a website and computer servers and brought in workers from other state agencies to help handle claims. Cooper pointed to a “crush” of unemployment claims that the system was not previously designed to handle.

But Cooper also cited steps DeSantis’ administration has taken to shore up the system. He said he could issue an injunction if DeSantis had done nothing, but that’s “not the situation we have here.”

The decision came hours after the U.S. Department of Labor issued a report that said an additional 173,731 first-time unemployment claims were filed last week in Florida. The state’s unemployment rate was 12.9 percent in April, the first full month of business shutdowns because of the pandemic.

The Department of Economic Opportunity received more than 2.21 million unemployment claims from March 15 to Wednesday, according to numbers it posted online. Nearly 1.76 million are considered “unique” claims, with the difference due to duplicates or incomplete paperwork.

Of the unique claims, more than 1.62 million had been processed as of Wednesday, with $3.63 billion in state and federal benefits paid to eligible people, according to the state website.