Five days after the death of unarmed Black father George Floyd under the knee of white, now-former Minneapolis cop Derek Chauvin, protests Saturday from Windermere to downtown Orlando joined those taking place across the nation.

Three separate protests were staged in the Orlando area, starting with ongoing demonstrations in front of Chauvin's Windermere home at noon, followed by multiple protests around downtown into the night.


Chanting "Justice for George Floyd," protesters are expressing outrage over Floyd's killing, along with solidarity with Black Lives Matter at a time of sustained racial violence against Black people at the hands of police officers. Inflammatory tweets from President Donald Trump, such as, "when the looting starts the shooting starts," evoking the words of racist Miami police Chief Walter Headley in 1967, have intensified anger in the streets, even as Central Florida downpours slowed protests.

Other protests in Florida did experience violence, including a pickup truck striking protesters in Tallahassee, where no one was killed, to Jacksonville, where police fought a crowd of protesters. Injuries were reported at both, but no fatalities.

The GoFundMe account set up by Philonise Floyd to support the Floyd family surpassed $4.3 million on Saturday, and there are many Black-led organizations established to fund and fuel the fight for justice.

The mission of In Floyd's adopted home state, the 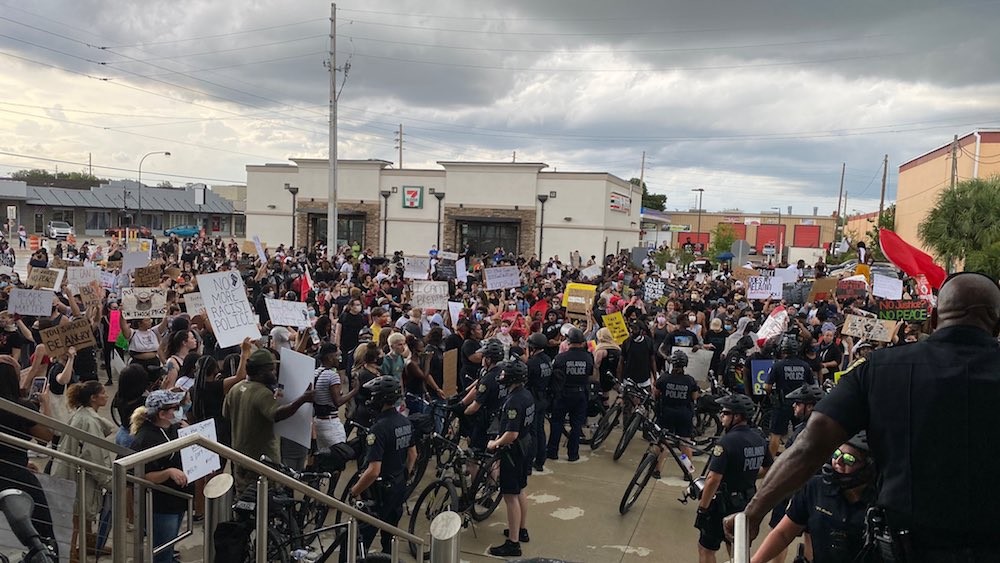