Half of Florida's COVID-19 deaths linked to long-term care 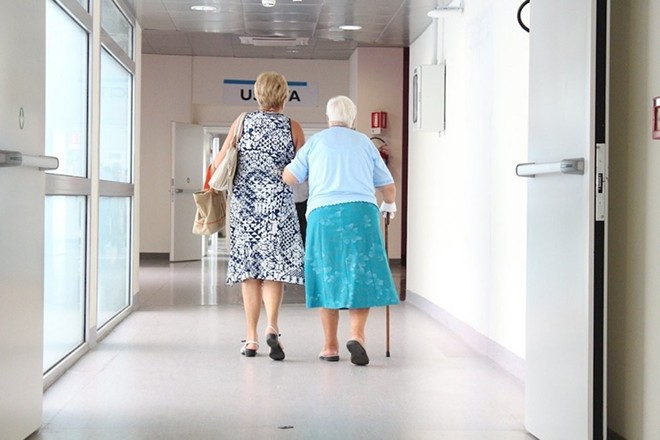 In a stark reminder of the toll of COVID-19 on seniors and their caregivers, slightly more than half of the reported deaths of Floridians from the disease are now linked to long-term care facilities, state figures show.

Florida topped the 50 percent threshold in numbers released Saturday by the state Department of Health. A report released Sunday showed 2,451 deaths of Florida residents from COVID-19, with 1,230 involving residents or staff members of long-term care facilities.

The numbers of deaths in nursing homes and assisted living facilities from COVID-19 have increased at a far faster rate in recent weeks than deaths in the broader population. On April 30, for example, the state reported 1,268 overall deaths of Florida residents, with 423 —- or 33.4 percent —- involving residents or staff members of long-term care facilities.

The respiratory disease caused by the novel coronavirus is particularly dangerous to seniors and people with underlying health conditions, which generally describes most people in nursing homes and assisted living facilities.

People under 55, by comparison, account for 5.8 percent of the overall deaths.

State officials have taken a series of steps to try to combat the spread of the disease in long-term care facilities, including shutting off the buildings to visitors and ramping up testing. During an appearance Friday in Palm Beach County, Gov. Ron DeSantis said the state’s “primary focus” in testing is staff members and residents of long-term care facilities, as it tries to curb potential outbreaks before they can spread.

“The reason why you have more risk there is, one, because you have (a) more elderly population (who) mostly have underlying existing health conditions. But then you also have an environment where the virus can spread rapidly. Close quarters, you have a lot of contact,” DeSantis said. “And so if you have a staff member introduce it, asymptomatic, it can spread quickly. So we’ve got to keep doing this and do the periodic testing of staff, testing the residents, because that’s really the best way that we can help save lives.”

Miami-Dade, Broward and Palm Beach counties, which lead the state in overall COVID-19 cases, also have the most deaths linked to long-term care facilities, with a total of 591 —- 48 percent of the long-term care deaths.

In all, 18 counties have reported more than 10 deaths linked to long-term care facilities, Sunday’s Department of Health report shows.