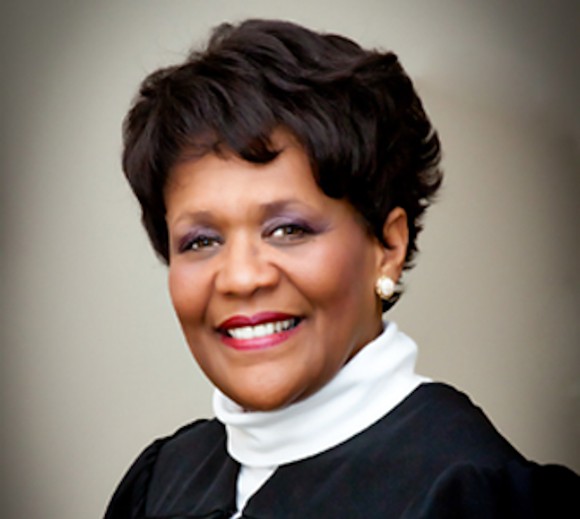 A Leon County circuit judge admitted she was wrong to present herself as her son’s attorney after he was arrested in a shooting incident.

A state investigative panel accused Judge Barbara Hobbs of improper judicial behavior by acting as her son’s attorney. The allegations, in part, stem from a July incident in which Hobbs’ son was accused of shooting a woman through a closed door at his residence.

Hobbs went to the Tallahassee police station and said she was representing her son as his attorney after being told by police “that only his lawyer could have access to her son during the period of interrogation,” Hobbs’ lawyers wrote Friday in a 10-page response to charges filed by a panel of the Judicial Qualifications Commission at the Florida Supreme Court.

“She acknowledges that she should not have presented herself as her son’s lawyer and regrets her conduct,” the judge’s lawyers said, noting that she “self-reported her conduct” to the commission the following day. At the time she represented her son, Hobbs was assigned to preside over felony cases in Leon County, an April 28 notice of charges against the judge said.

Hobbs went to the Tallahassee police station and said she was representing her son, after he was accused of shooting a woman through a closed door at his residence. tweet this

The notice also made other allegations against Hobbs, including that she improperly failed to recuse herself from cases involving an attorney who represented her son on an earlier misdemeanor charge of driving under the influence. But Hobbs said she “was not aware of who the attorneys were who would be appearing before her” when she took over a previous judge’s docket.

In one instance, Hobbs acknowledged she “performed a ministerial act” in a case involving her son’s lawyer in the DUI case. The “better course of action for her to have taken would have been to place on the record” the lawyer’s involvement in her son’s case “and to recuse herself from this case,” Hobbs’s lawyers wrote.

Hobbs also denied a series of other allegations. The Judicial Qualifications Commission on Wednesday set an Oct. 20 hearing in the case. The commission oversees investigations of judges, with the Supreme Court having final say on disciplinary issues.