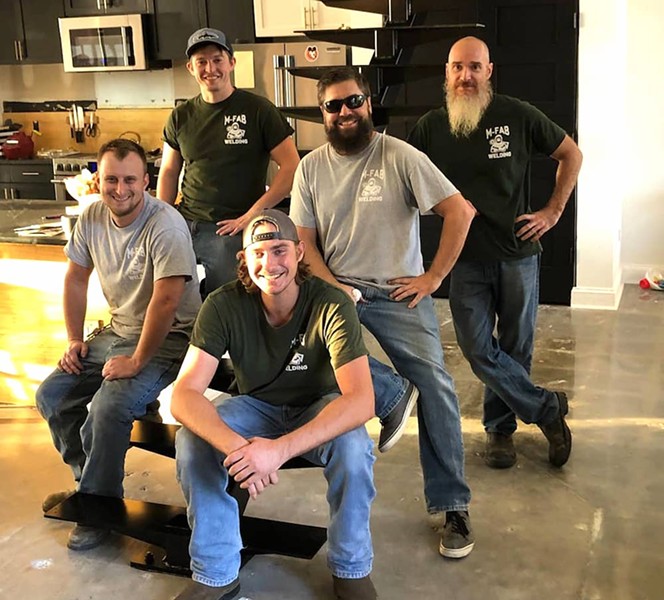 Charles McCarthy, owner of McCarthy Fabrications, has sold more than 9,000 units of a hand sanitizer stand that has helped his business stay afloat amid the pandemic.

McCarthy Fabrications, a construction and small scale contract manufacturing company based in Sanford, is open for business because of McCarthy's idea to manufacture a type of hand sanitizer stand that other companies were sold out of until July.

"I can make those now, I can make them available tomorrow," McCarthy said about the sanitation stands.

McCarthy says he is selling hand sanitizer stands, each costing around $150 dollars, all over the country to doctors, dentists, hospitals, schools, churches, car dealerships and businesses.

One hospital in Louisiana purchased 500 units of McCarthy's hand sanitizer stand, and the company Infinity Ward, which developed popular video game "Call of Duty," bought many units as well.

In his first week, McCarthy Fabrications sold only 20 units but in the second week, he sold 300 units in just one day. His ideas were not always successful, though.

Before the hand sanitizer stand, McCarthy jumped on the bandwagon with a cheap version of the touchpoint minimizer tool, which allows the user to let the tool touch commonly infectious areas instead of their hands. He started a Kickstarter campaign to fund his idea but failed. The campaign goal was to raise $12,500 dollars but instead, it only raised $1,238 dollars.

After his touchpoint minimizer tool idea failed, a Lysol wipe stand, a device to open the door with your feet, and a stand for gloves also didn't make it.

While McCarthy still sells the touchpoint minimizer tool – he has just a few left – the sanitizer stand sold through his website is keeping his business and its employees afloat.

"I hope sales on this continue, but it would be much better if the pandemic was over," McCarthy said.

His 6,000-square-foot warehouse in Sanford is large enough to safely distance the four or five employees. (McCarthy also provides hand sanitizer.) McCarthy says he is happy to be able to give his employees work and keep them out of the unemployment system.

On June 1, McCarthy Fabrications began selling their own hand sanitizer dispenser stands with attachments for pump bottles on Amazon.

Hey everyone, just an update on what's going on with the TPMs. We shipped out the first wave of online orders and are busy making as many more as we can to meet the demand. The unfinished steel ones are still $1 local pickup and free for first responders (maximum of 5 tools per person). You can DM me if you would like to pick some up or order online through the Shopify store we set up . We are also doing a Kickstarter to manufacture these out of brass which is a much better material due to its antiviral/bacterial properties. https://www.kickstarter.com/projects/touchpointminimizer1/the-touch-point-minimizer @sanford365 #PPE #metalfabrication #smallbusiness #welding #sanford