Universal Orlando has not announced its new Jurassic Park roller coaster, but it's quickly taking shape

For more than two years, its been well known that Universal Orlando was working on a new roller coaster for its Jurassic Park section in Islands of Adventure. Now, with track work well underway, the future of this land is coming being realized, even if Universal is still holding off on acknowledging anything is underway.

Even before Jurassic World proved to be a box office hit in 2015, there were rumblings that Universal was looking at either updating the current Jurassic Park land to match the update to the film franchise or a brand new Jurassic World would open in the upcoming Epic Universe park. Since then, the rumors have only increased as Universal began prepping the area for the new coaster attraction. 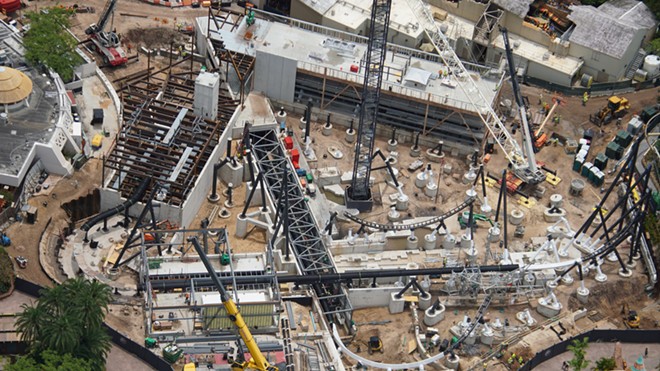 Oddly, Universal has yet to announce the new coaster, possibly an indication that it has been delayed. In August leading up to the announcement of the upcoming Epic Universe park, Universal hinted at something being announced for the Jurassic Park area. The announcement was expected to confirm multiple new projects at all three of the current parks and CityWalk with the timeline leading up to the opening of the new park. The announcement was scaled back days before the Epic Universe announcement for reasons still unclear. That has left the prominent construction site in the middle of Islands of Adventure with still no acknowledgment by Universal.

By far the most intense coaster in Universal’s history, the new multi-launch coaster is expected to reach top speeds of up to 70 mph and will feature multiple inversions. Intamin, who also designed the coaster aspects of the recently opened Hagrid’s Motorbike, designed and manufactured the new coaster. A trademark application by Universal seems to indicate that it may be named the Velocicoaster.

Initially slated to open later this year, the coaster is now not expected to open until next year. 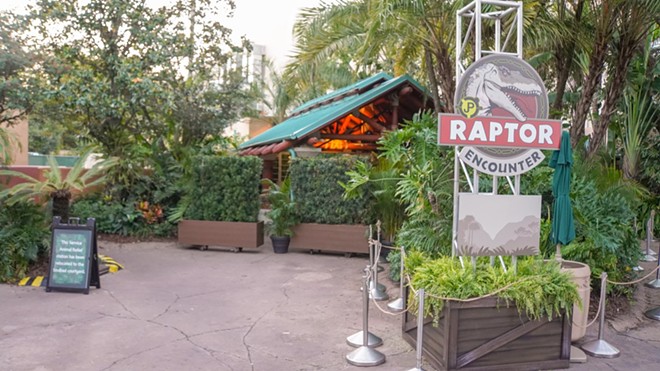 In the meantime, the Raptor Encounter has opened across from the coaster. Since opening the same year as the first Jurassic World movie, the Raptor Encounter has become one of the most unique character meet-and-greets in Orlando. Despite featuring the raptor Blue from the new franchise, the former meet-and-greet was mostly themed to fit in with the red and brown aesthetic of the original films. Surprisingly, the updated attraction now features the blue and silver design of the newer movies. 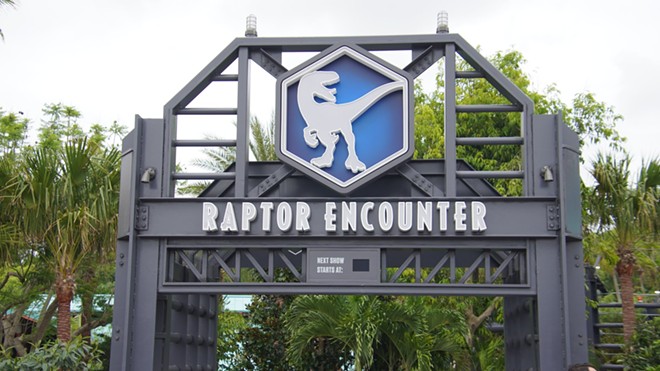 At the former site, the new raptor themed roller coaster is quickly taking form. It uses the full site of the long-closed Triceratops Encounter and the area along the front of the Discovery Center. In the middle of the construction rises a tower similar to the one seen at the raptor paddock in Jurassic World. Other theming on the new ride will include substantial amounts of rock work, paddock-like fencing, and bare concert walls, again, like the ones seen in Jurassic World.

Once construction began on the new coaster, some insiders attempted to temper expectations by stating the River Adventure in Orlando may not see the Hollywood Jurassic World update. With the budget for it instead going to improve the new coaster.

Now that plan seems to have switched once again, likely in connection to Disney’s announced cutback on new investments due to the current global economic uncertainties. Epic Universe’s opening is also now postponed by a year, with the company crediting the pandemic as the reason. However, the elaborate multi-billion new resort had been rumored to be delayed since last year. The delay, along with the window of opportunity that Disney has now provided, looks to be the ideal scenario for Universal to loosen the purse strings ever so slightly when it comes to the existing parks. Multiple projects in CityWalk, which were to be announced at the Epic Universe press event and are also still unannounced, are already underway with others within the parks reportedly set to begin moving forward by the end of the year.

Not long after the new coaster’s opening, the entire Jurassic Park area may shift to the Jurassic World branding. This would take place in phases, with various signage and buildings being replaced slowly over an extended period. If the re-theme of the land does move forward, it’s unclear how much of the overhaul seen on the Hollywood version of the boat ride would be added to the Orlando one. Despite the criticism of Universal’s heavy use of screens, many fans praised the updated Hollywood ride, which saw much of the original attraction remain in place. For Orlando, nearly all of the original attraction may remain. 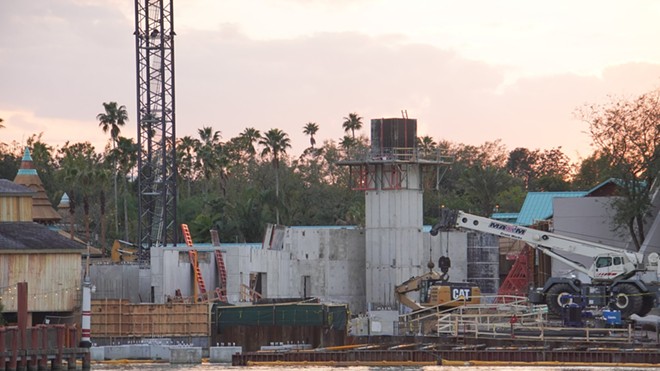 The likely delay in the production of Jurassic World 3 may have provided the Orlando resort with the extra time needed to complete enough of the land’s overhaul to announce the retheme. Before the area wide retheme, both the new coaster and the associated Raptor Encounter are expected to be themed to InGen, the bioengineering research firm behind both Jurassic Park and Jurassic World. InGen was present in both versions of the fictional theme parks. It could be enough to tie the land together despite the apparent difference in color scheme and design style.

While we may know plenty of what to expect with the upcoming attraction and land redo before any of that takes place, Universal must acknowledge that a new attraction is being built. For now, when that may happen remains the biggest unknown. 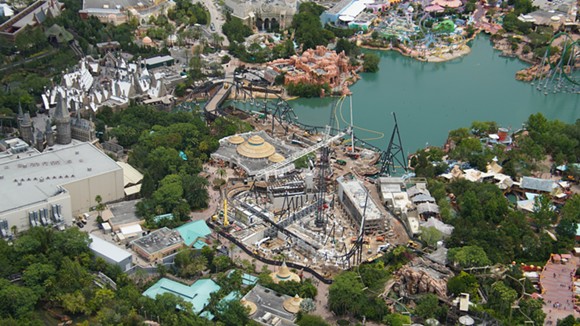