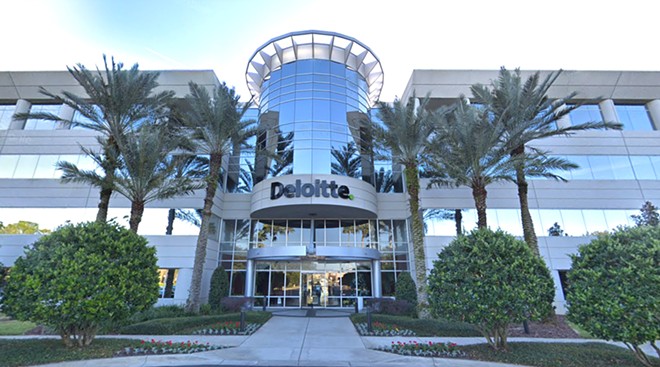 After facing weeks of criticism because of Florida’s troubled unemployment system, Deloitte Consulting LLP said in a newly filed court document that it has had “no connection” to the online system in more than five years.

Deloitte filed the document Monday in Leon County circuit court as it and the Florida Department of Economic Opportunity argue for the dismissal of a potential class-action lawsuit filed on behalf of residents who have faced trouble getting benefits amid the COVID-19 pandemic. Deloitte had a state contract to develop the CONNECT unemployment system, which began operating in 2013.

“Deloitte has had no involvement in the implementation, maintenance or upgrade of the CONNECT system for more than five years,” the company’s attorneys wrote in a motion to dismiss the lawsuit. “And it has never had any involvement in processing or adjudicating the state’s unemployment benefit claims, including during the COVID-19 pandemic. Despite plaintiffs’ frustrations given the current circumstances, a private software consulting firm is an improper target for claims arising from denied or delayed unemployment benefits. Simply put, Deloitte should not be in this case.”

Deloitte and the Department of Economic Opportunity have faced a torrent of criticism since the pandemic shut down major parts of the economy in March, creating an unprecedented crush of people seeking jobless benefits. The CONNECT system was not able to handle the surge of applications, forcing the state to scramble to try to shore up the claims process —— and leading Gov. Ron DeSantis to describe CONNECT as a “jalopy.”

"Deloitte has had no involvement in the implementation, maintenance or upgrade of the CONNECT system for more than five years." tweet this

The potential class-action lawsuit, filed in late April in Leon County circuit court, blames the department and Deloitte for problems with the CONNECT system, which cost $77 million. The lawsuit makes a series of allegations, including negligence and products liability.

“Defendant (Deloitte) breached its duties by failing to design, create, distribute and/or sell a system that was safe when used in a reasonable and foreseeable manner,” the plaintiffs’ attorneys argued in part of the lawsuit dealing with products liability. “In other words, defendant sold the RA/CONNECT (Reemployment Assistance/CONNECT) system despite its defective condition and/or allowed the system to flow through the stream of commerce to plaintiffs, the system’s end users.”

Attorneys for Deloitte and the department, in separate filings Monday, raised numerous legal issues as they contend the lawsuit should be dismissed. As an example, in disputing the products-liability claims, Deloitte attorneys wrote that the “CONNECT system —- an intangible, internet-based software information system —- is simply not the kind of potentially dangerous, defective and tangible consumer good that products liability law covers.”

The Department of Economic Opportunity won an initial round in the lawsuit May 28, when Circuit Judge John Cooper rejected a request by the plaintiffs for a preliminary injunction that would have required the agency to take steps to “fix” the system to process and pay claims. Cooper said he couldn’t issue such as order under the constitutional separation of powers between the executive and judicial branches.

“The law in Florida is without a shadow of a doubt clear that courts can’t tell executive agencies how to run their business,” Cooper said at the time.