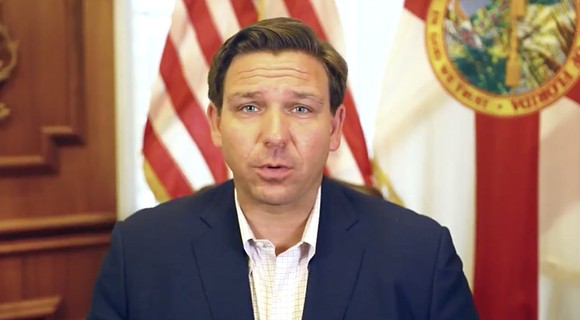 Economic reopening efforts across Florida were reflected Thursday in a report on initial unemployment claims, which fell last week below six figures for the first time since the coronavirus shuttered businesses in March.

Florida, which is engaged in the second phase of Gov. Ron DeSantis’ reopening effort, also had a nation-leading decline of 95,546 claims between the weeks ending May 30 and June 6.

On Tuesday, DeSantis vowed to keep advancing the state’s reopening efforts despite a surge in infections of COVID-19, the respiratory disease caused by the coronavirus.

"We are not shutting down. We are going to go forward," DeSantis told reporters Tuesday. tweet this

DeSantis attributed the increases in COVID-19 cases to factors such as state efforts to target testing in high-risk areas, including nursing homes and prisons. Also, he pointed to several cluster areas in the state that he said skewed the percentage of positive cases upward.

The Florida Department of Economic Opportunity on Friday will release unemployment data for May. The state’s unemployment rate soared from 2.8 percent in February, before the effects of the pandemic began, to 12.9 percent in April.

DeSantis started the first phase of his economic reopening plan in May, with it centering on allowing limited numbers of customers in restaurants and retail stores. It initially excluded Miami-Dade, Broward and Palm Beach counties, which have been hardest hit by the virus, but they were later added.

The governor began a second phase of the reopening plan this month, broadening the types of businesses that could open and the numbers of customers who could be served.

The U.S. Department of Labor on June 5 reported that the national unemployment rate fell from 14.7 percent in April to 13.3 percent in May, as employers added 2.5 million jobs. The numbers that will be released Friday will provide a detailed look at how Florida fared during May.

Tourism and hospitality-related businesses, which are critical in Florida, were largely shut down after the pandemic began but have been gradually reopening.

Since March 15, more than 2.5 million jobless applications have been filed in Florida, with 2.3 million considered “unique,” according to the Department of Economic Opportunity. The difference is due to duplicates or incomplete paperwork.

The Department of Economic Opportunity has paid out $6.3 billion in benefits, of which $1.6 billion was from the state.