A recent video shows an angry man trying to fight his way into an Orlando Walmart, after employees told him he couldn’t enter without a face mask.

The video, which was posted to Twitter on June 20 by user @CaliCoCo3, shows the unnamed, mask-less man attempting to enter the store and aggressively pushing an employee multiple times, even taking a digger after one attempted shove.

“Bro, you gotta wear a mask,” says someone off camera. After getting shoved again, the Walmart employee says to the man, “I need you out,” while pointing towards the exit. The video ends with the agitated man still fighting his way through the aisles.

A few hours later, another Twitter user asked for a follow-up on the situation, which was obliged with a clip of the man presumably headed towards the exit, and telling the employee he repeatedly shoved to “leave me alone.”

Gossip site TMZ is reporting that the scene occurred at a location in Orlando, where face coverings are now a requirement as of last Saturday. 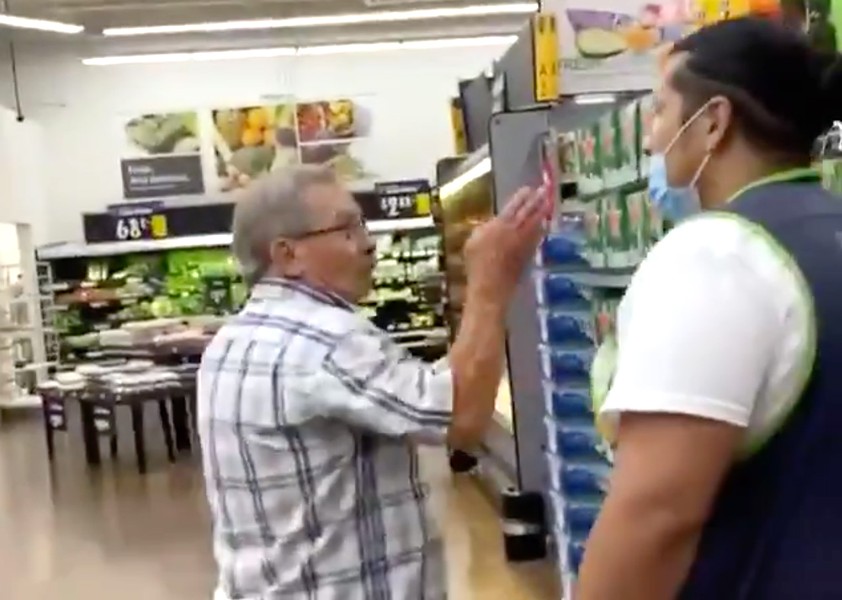