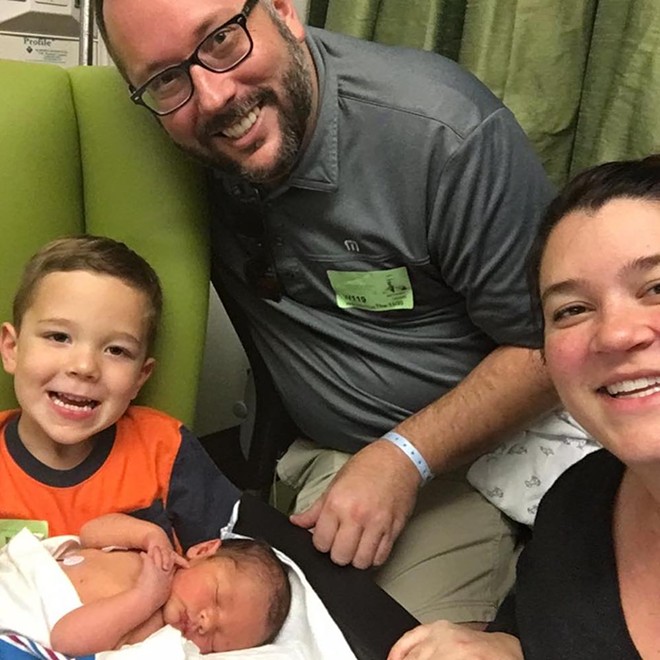 Part 2 of a series of candidate profiles in the Florida House of Representatives District 48 election to replace Rep. Amy Mercado.
–

Tony Tsonis, a former professional marketing manager in the hospitality sector, is running for Florida House of Representatives in District 48.

"As I pulled back the layers I became more and more alarmed and more and more furious at what I saw, whether it was the broken unemployment system that rick Scott designed purposefully to kind of keep people from collecting unemployment and then people who followed who didn't do anything about it," Tsonis says. "I'm not an experienced politician, what I am is an experienced manager, I've managed budgets greater than $20 million dollars, so I bring a lot of experience and a lot of accountability."

District 48 includes the Orlando International Airport and the ZIP codes 32822 and 32824, which are some of the hardest-hit areas during the pandemic. Their struggle to stay afloat financially is part of Tsonis' reason for running.

After losing his father to COVID-19 in March, Tsonis and his wife were both furloughed and forced to deal with Florida's difficult unemployment system while also home-schooling their two sons. Tsonis' wife now has her job back and is supportive of his run for district representative.

"My dad was fortunate. He was a retired schoolteacher from Maryland, but they had insurance … but for people in our state who lack insurance, a disease can really be crippling financially," Tsonis says. "That's going to be a big focus of mine, to apply pressure to expand Medicaid."

Tsonis, whose mantra is "workers first," believes in increasing funding for education, increasing teacher salaries, supporting front-line workers even after the pandemic, kick-starting the economy and diversifying it to fight the next pandemic, expanding Medicare, launching agro-tourism and expanding wineries and other outdoor tourism features.

Tsonis wants to eliminate toll roads or reduce pricing across Central Florida which would impact much more than just District 48.

"If you are living in our district and you are working at Disney you are probably jumping on the 417 or the 528 to get to work every day, and you are spending a lot on tolls. It is a disproportionate burden upon working for your living," Tsonis says. "We have to bring that down and without a comprehensive public transportation system, we have to figure out new strategies."

His campaign budget of $30,000 for the primary is small compared to other candidates, yet neighbors, family, friends and fellow workers in his community are part of Tsonis’ campaign strategy to get help from those he will help if elected.

He will be running against at least five other Democratic candidates and one Republican for current state Rep. Amy Mercado's seat, as she leaves to run for Orange County Property Appraiser rather than seek a third term.

In light of the Black Lives Matter movement and the killing of George Floyd, Tsonis is calling on the Florida Legislature to enact meaningful criminal justice reform, including decriminalization of marijuana possession and the elimination of cash bail for nonviolent offenders.

"It’s only through bold actions such as these that we will see a measurable improvement in police/community relations, and the disproportionate numbers of black and brown individuals who find themselves ensnared in the criminal justice system," Tsonis said in a statement.

"There's a lot of conflicting information out there and that's one of the reasons to really clean up the system in the next session," Tsonis says. "What the rules are, how to apply for it, how to get it, who's eligible, and who's not that shouldn't be this challenging that just shows the lack of management on the part of the governor's office."

The Central Florida native hasn't been politically active since serving in student government in college but has been through the Orange County education system, Valencia College and the University of Central Florida, which allows him to offer a change from the experience of 38 years within the Orlando community.

"What is special about Florida is that our Legislature was intended to be a part-time citizens' legislature for people to keep their jobs and go to Tallahassee and make a difference, and that's why I decided to pursue this rather than some other office," Tsonis says.