SeaWorld's largest shareholder may be pushing the company into bankruptcy 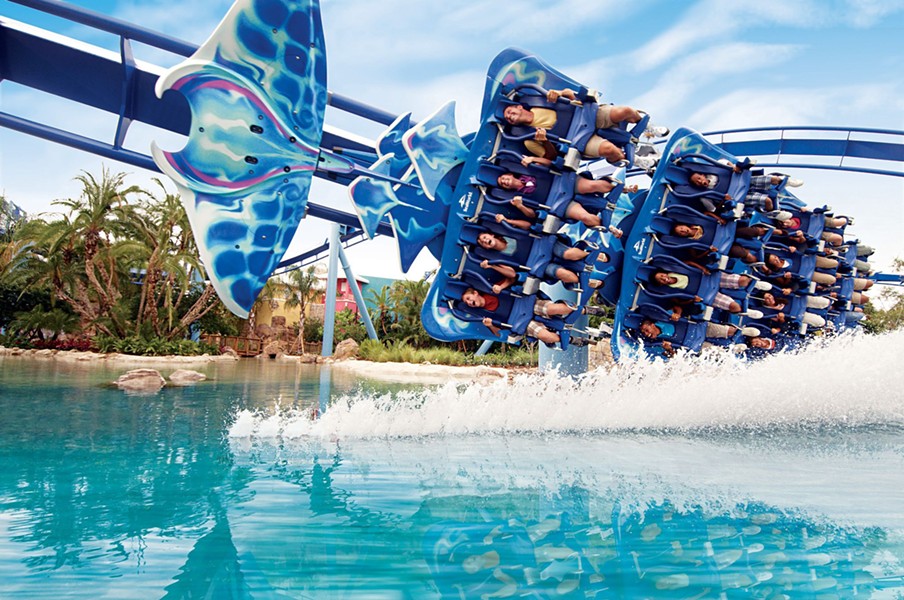 Updated June 28 | This post has been updated with new information. A note is at the bottom.

A tidal wave of lien filings over the past few weeks has many questioning the future of SeaWorld, and noteworthy experts think bankruptcy could be in the cards.

Public documents published in April showed that SeaWorld had enough cash (or cash equivalence) on hand to sustain a closure through the end of 2021. But now, the company seems to be dragging its feet on paying many of its bills. Missed payments are now reported on every single significant project currently in the works. Liens are typical in construction, and most are addressed within a matter of weeks. What is uncommon is the sheer number of claims now mounting against SeaWorld.

Joe Kleiman, best known as the news editor at themed-entertainment-industry news publication InPark Magazine, is also one of the leading journalists covering the ongoing saga of the SeaWorld Parks, regularly posting about the inner workings at Orlando-based chain. In a post on his personal blog, Themed Reality, Kleiman claimed he has been in ongoing conversations with numerous experts.

"Over the past four months, I’ve been exchanging research with a number of journalists, bloggers, and financial analysts," says Kleiman. "Trying to decipher the company's current situation as it dealt with the shutdown of its theme parks, furlough of its staff, animals that can't be neglected, and the sudden departure of a newly hired CEO."

Later on in the post, Kleiman explains, "I have a strong feeling the company is contemplating filing for bankruptcy."

Kleiman's conclusion is built around what Scott Ross, chairman of the board and founder partner at Hill Path Capital – SeaWorld’s largest shareholder – is willing to do to finally move beyond SeaWorld. Hill Path has two primary investments, SeaWorld and arcade chain Dave & Busters. The pandemic has obliterated any hope that either company will see major gains this year.

Since founding Hill Path in 2015, Ross has been primarily focused on SeaWorld. During that time, multiple companies have expressed interest in purchasing all or some of SeaWorld’s assets. In 2017, it looked like the investment in SeaWorld was going to pay off, thanks to a 21 percent stake by Zhonghong, a Chinese development company interested in bringing SeaWorld's brand to mainland China. Later that year, Legoland parent company Merlin expressed interest in SeaWorld’s two Busch Gardens theme parks. With things looking up for SeaWorld, in the form of their new Chinese partner and with two thrill-focused parks leading their assets, the company rejected the idea of selling or breaking up its parks.

Ten months later, however, things took a dramatic turn, when Zhonghong was forced to sell the property upon which the first Chinese SeaWorld park was to be located. Things got so bad that Zhonghong’s CEO was at one point supposedly on the run, hiding from Chinese authorities. The year ended with rumors of Six Flags kicking the tires of SeaWorld.

The reports of Six Flags' interest in SeaWorld are still disputed, but less than a year later, the company attempted what became an unsuccessful offer to buy Cedar Fair, their primary competitor.

Throughout all of this, SeaWorld continued an investment strategy that dates back through multiple CEOs. That plan called for a new attraction in every park, every single year, along with a renewed focus on smaller attractions like the upcoming Sesame Place San Diego. By February, there were apparent issues with this plan, with Six Flags reporting disappointing net income drop of 35 percent for 2019.

Hill Path, which is now approaching five years of dealing with SeaWorld, may have finally had enough. The SeaWorld company can't keep a CEO, thanks in part of the reportedly very hands-on approach of Scott Ross and the board. This has also led to criticism from some of the brand's most dedicated fans. The last two CEO mentioned disagreements with the board in their departure filings, and Manby, the CEO credited with beginning the turnaround, writes extensively about struggles between himself and board members in an update to his best-selling leadership book. Cost-cutting initiatives have killed morale throughout the company, and after years of trimming, there aren’t many places left to cut back.

SeaWorld should have access to enough cash to keep it going, but for Hill Path, this would mean more quarters of lackluster returns amid a recovery that's still far from guaranteed – and made even more uncertain thanks to the pandemic. SeaWorld has seen other investors warm to it in recent quarters, and things still look positive long term for the company.

Like the rest of the economy, SeaWorld’s recovery won’t happen anytime soon. In the meantime, Kleiman is reporting that SeaWorld may be looking to offload some or all of its animals. This would result in a dramatic decrease is recurring set costs while also making the park’s even more appealing to potential buyers. NBCUniversal was previously rumored to be interested in the Orlando and California parks, but unwilling to involve itself in the hot button orca captivity controversy.

If Kleiman is correct and if SeaWorld can find a new home for its animal collection, we may see the board move the company into bankruptcy where it could more easily break up the parks to multiple buyers while also helping Hill Path finally see a return on its investment.

Updated, June 28 | This post has been updated for clarity on the financial attributions and with new information. Another source, Lance Hart of Screamscape, acknowledges that he too has heard the rumors that Kleiman first reported. By being both the largest shareholder, and potentially linked to the secondary noteholder via their law firm, Hill Path could garner a larger return by pushing SeaWorld into a bankruptcy. In the now-deleted blog post, Kleinman explains the guarantee on the note is one way to do this. Another would be unlinking the assets, resulting in certain ones, such as the Busch Gardens parks, to achieve a higher value. In theory, the bankruptcy would allow Hill Path to make such a move, even with pushback. It may be difficult for Hill Path to offload their stocks, and bankruptcy could yield a larger return.