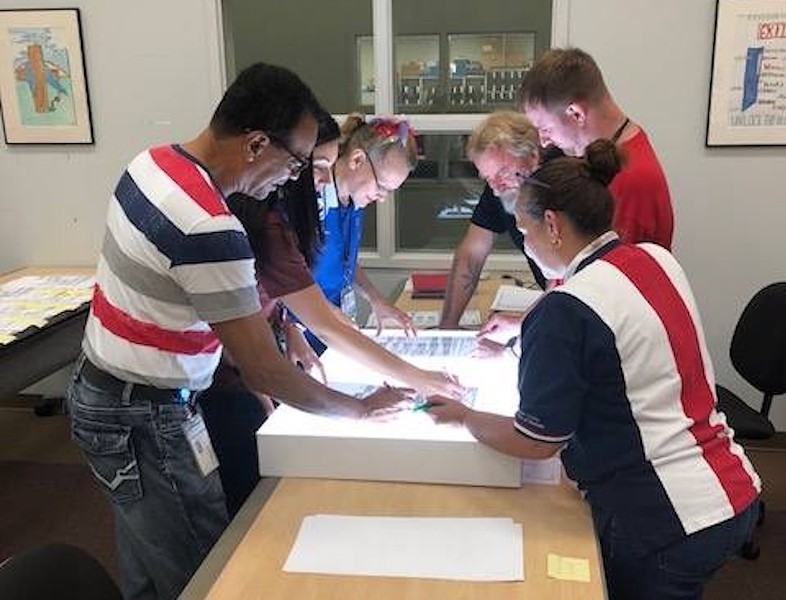 Laying the groundwork for an upcoming trial in a case seeking to expand the state's vote-by-mail procedures, a federal judge on Friday tossed out an effort by left-leaning groups to require county elections officials to pay for postage for mail-in ballots.

U.S. District Judge Robert Hinkle held a status conference in preparation for a July 20 trial in the case, which is a consolidation of legal challenges focused largely on the state’s mail-in ballot processes. The trial is expected to last at least 10 days and will come a little more than three months before the November elections.

In one of the lawsuits, the organization Priorities USA and other plaintiffs have urged the judge to extend a deadline for mail-in ballots to be returned and require free postage for the ballots. They’re also challenging a provision in Florida law restricting paid workers from collecting mail-in ballots.

Earlier this week, Hinkle rejected the plaintiffs’ argument that requiring voters to pick up the tab for stamps amounts to an unconstitutional “poll tax,” saying the cost for postage was no different than the price voters have to pay to take public transportation to cast their ballots in person.

Hinkle said during Friday’s telephone hearing that he is dismissing the part of the case dealing with postage, along with several other claims involving how elections officials are dealing with the COVID-19 pandemic.

Plaintiffs have urged the judge to extend a deadline for mail-in ballots to be returned, and to require free postage for the ballot. tweet this

The plaintiffs asserted that the state hadn’t properly prepared for voting in an emergency, Hinkle noted.

“It’s speculative,” he said, adding that the circumstances around the upcoming primary and general elections remain unknown.

It’s “too speculative to start litigating now,” the judge said.

Lawyers in the case also quibbled over the production of documents prior to the onset of the trial.

Attorneys for Secretary of State Laurel Lee said they had already provided more than 4,500 pages of documents in response to the plaintiffs’ requests.

The plaintiffs also pushed for more information about how the state intends to handle another issue in the case. They’re trying to force county supervisors of elections to adopt a system allowing blind voters to cast mail-in ballots from home, so visually impaired voters don’t have to forfeit their secrecy rights by relying on other people to help them fill out their ballots when voting in person.

Hinkle warned the plaintiffs’ lawyers that he was “not going to compel the productions of thousands of pages of documents … taking up lots of resources” so close to next month’s trial.

“It’s time to focus on what matters and what doesn’t,” Hinkle said.

But the judge also put Lee’s lawyers on notice.

“We just finished a case where the secretary held things very close to the vest until trial, came up to trial and trotted out positions for the very first time. That didn’t go well for the state. You probably ought to just tell them where things stand,” Hinkle told the state’s lawyers.

Hinkle was referring to a recent trial in a separate legal challenge dealing with a state law aimed at carrying out a 2018 constitutional amendment that restored voting rights to felons “who have completed all terms of their sentences, including parole and probation.”

Last month, Hinkle cemented an earlier decision establishing that the state can’t deny the right to vote to felons who are “genuinely unable to pay” legal financial obligations —- fines, fees, costs and restitution —- affiliated with their convictions. The 2019 state law had required felons to pay such obligations to be eligible to vote.

The federal judge on Friday also advised the state not to use the lawsuits as an excuse to slow down efforts to get ready for the August primary elections and November general election, again referring to the recent trial in the voting-rights case.

“In our last litigation, there were a couple of areas in which the state said, ‘We haven’t done anything because the litigation’s pending and we’ve been waiting on the litigation,’ ” Hinkle said, adding that “we’re close to an election” in the current case.

“Please do not slow down preparing for the election because there is a lawsuit pending,” the judge added.

County supervisors of elections and the secretary of state “have a lot of work to do preparing for the election,” Hinkle acknowledged.

“The litigation is the litigation. We have a Constitution and we have laws and they’re on the books,” the judge said, adding that the plaintiffs have the right to file a lawsuit and have their claims heard.

“But that does not mean that any defendant should slow down preparing for the election,” he added.