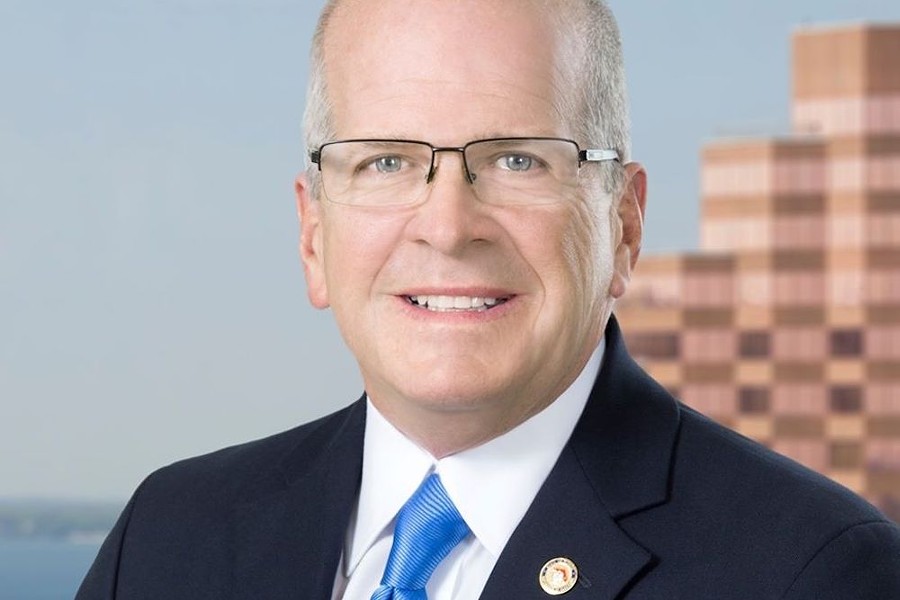 Face shields, temperature checks and disposable pens are just some of the safeguards Florida officials plan to employ to combat COVID-19, as they brace for elections in August and November.

But the coronavirus pandemic presents a calamity of a different kind, posing an unknown threat that’s forcing elections officials to plan for a continuum of possibilities.

Elections officials had what Earley called a “dry run” during the presidential primary elections as the novel coronavirus, which causes the respiratory disease known as COVID-19, quickly spread through the state in March.

The number of COVID-19 cases has skyrocketed in Florida over the past few weeks, prompting state and local officials to halt or slow down reopening measures that had been aimed at reviving the economy. Even as COVID-19 cases spike, public health officials predict a second wave this fall could be equally or more virulent.

Elections supervisors are taking measures to avoid problems that erupted during the March primaries, when they were faced with cancellations of early-voting and Election Day polling sites, last-minute poll-worker absences and scanty supplies of hand sanitizer and other disinfectant agents.

They’re buying no-contact thermometers to check poll workers’ temperatures. They’re planning to set up curbside tents so voters can drop off mail-in ballots without getting out of their cars. They’re sending out information cards to let voters know if polling sites have changed.

And they’re reducing the number of “touch points” for voters and poll workers, all in an attempt to curb the spread of the highly contagious disease, which was linked to more than 3,600 deaths in Florida as of Tuesday.

Hillsborough County Supervisor of Elections Craig Latimer will rely on face shields and Plexiglas barriers to separate poll workers and voters. Latimer’s also enlisted one of his county’s busiest Election Day locations for use during the two-week early voting period. He’s combining some voting sites, due to a loss of 21 Election Day precincts – a little less than 9 percent of available locations – all because of COVID-19.

“The one thing about the supervisors is flexibility,” Latimer, president of the Florida Supervisors of Elections association, said in a phone interview. “Living in Florida, one of the things we always had to prepare for is hurricanes and work around that. And, son of a gun, they come right in the middle of our primary election and they could come in our general, too. So I think it's just a matter of contingencies.”

The biggest concern right now, however, “is the community at large,” Latimer said.

“We’re seeing these huge spikes in COVID-19 cases. This is dangerous, and people need to heed the warnings out there. We’re being very strict in our office and if you’re an employee you’re getting your temperature taken and you’re wearing a mask. We’re really trying to deal with this right now,” Latimer added.

Voters throughout the state will encounter a variety of protective measures if they decide to cast ballots in person during the Aug. 18 primary elections and Nov. 3 general election.

For example, while Latimer will test the temperatures of poll workers, he won’t require voters to subject to thermometer screens. Neither will Broward County Supervisor of Elections Pete Antonacci, who was appointed by former Gov. Rick Scott two years ago to head the state’s second-largest elections office.

“I’m not conditioning anybody’s constitutional right,” Antonacci told the News Service, adding that thermometers and face masks will be available for voters, if they want them.

“If that's what a polling site requires, we cannot force them to change that. We do have the option of moving voters out of that site to a new location. So that is a decision point we are trying to weigh as we make our final plans for the upcoming elections,” he said.

To minimize contact during in-person voting, Antonacci said voters no longer will have to hand their driver’s licenses to poll workers before obtaining their ballots.

“We’ve ditched all that, and we have a handheld device that can read your DL,” Antonacci said.

He’s also providing single-use, plastic-encased pens for voters to sign in and to fill out their ballots.

“Every facility will have lots of hand sanitizers, lots of alcohol, lots of hand wipes. We’re just going to stock them up,” Antonacci added.

Like Antonacci and other supervisors, Earley is stocking up on disinfecting supplies, and he’s giving each polling site an extra $200 to cover deep-cleaning expenses after the elections.

Although President Donald Trump frequently disparages the vote-by-mail process as an opportunity for fraud, county elections officials for the most part are encouraging voters to cast their ballots by mail, an option that’s been available to Floridians since 2002.

Some supervisors expect to see requests for mail-in ballots double.

“We have nonpartisan support for vote-by-mail in this state. It’s an approved method. It’s a state method. Even the president used it,” Latimer said.

Earley called mail-in voting an “insurance policy” for voters, amid the uncertainty caused by COVID-19.

“This is such a dynamic and changing situation,” he said. “We’re trying to have flexible plans … and it might turn out that it’s not a big deal in August. But then, this fall could make what we’ve gone through this past spring look like child’s play.”

The supervisors warned that Floridians who show up in person to cast ballots – especially on Election Day – need to be patient.

“It’s going to be a slower process. We are going to be social distancing. We do have the privacy booths spread out a little bit. We’re reducing the touch points for our poll workers. We’re going to be wiping things down,” Latimer said.

In Broward County, which has been notorious for submitting election results long after the polls close at 7 p.m., people “have to have reasonable expectations about the results on election night,” Antonacci said.

“For my part, I’m going to break my neck to beat Miami and West Palm,” he quipped, pointing to Broward’s southern and northern neighbors. “Competition is good. And it’s the one measuring stick regular people understand.”