With most Americans still at home, Disney’s quick move to add Hamilton to streaming service Disney+ was a genius move, but many fans are now asking Disney to embrace the once-in-a-generation Broadway historical phenomenon in a far more tangible way.

It’s no secret that the company has had issues with its Hall of Presidents attraction at Disney World's Magic Kingdom park. After years of heckling from the crowd, Disney added ornamental spikes to the edge of the stage and additional security. That still wasn’t enough to stop hecklers from disrupting the show in a video that went viral just days after the Trump animatronic was unveiled in early 2017.

Then there’s the questionable quality of the Trump animatronic itself, which led everyone from late night TV hosts to Madame Tussauds to pile on about how awkward it looked. Back when President Bill Clinton’s animatronic was added, a custom-recorded address by each new President has become part of the attraction. Trump was the fourth president to participate. 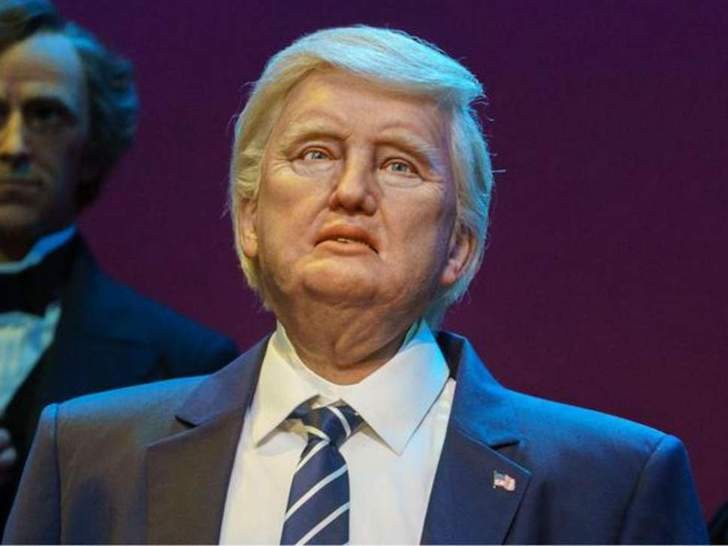 Third-party theme park review site Touring Plans has noted that its readers have consistently ranked the attraction below even temporary attractions, such as dance parties, and the site quotes a reader review, which calls the Hall of Presidents “a great place to breast-feed.” Touring Plans itself notes, “skip the Hall of Presidents if you’d rather not be reminded of politics on vacation.” All of this is a lot for an attraction that ranks as one of the least popular in the park.

Some fans are now calling on Disney to replace the hot button attraction with one inspired by Hamilton. If that happened, it would allow the "land" to remain the same, but recent accusations of Hamilton being "problematic" could derail the idea before it gains ground.

Liberty Square remains one of the smallest lands of any Disney theme park. It draws its inspiration from the 1700s Northern Atlantic region of what is now the United States. The Colonial America-themed land is best known for its “poop river.” However, this is both a historical inaccuracy and an assumption based on a change within the area that didn’t take place until earlier this century. For most of its life, the land had cobblestone or brown bricks along this pathway, until they were replaced by brown concrete in the early 2000s. According to a former Imagineer, the change was to help parade floats better navigate this area.

The land’s only other attraction is the Haunted Mansion, though it has more of a Hudson River feel instead of the Philadelphia design of the rest of the land. The land is also remarkably similar to the American Adventure pavilion located at Epcot, which has a comparable, though far more technologically advanced, animatronic show. Some point out the period-accurate uniforms that cast members working in the area wear have an uncanny resemblance to outfits that many “house slaves" were forced to wear.

In recent years, Disney has attempted to bring more interest to the area with a temporary show by The Muppets that focuses on American history. That outdoor show only happens during the busiest times of the year.

The announcement by Disney that they plan to redo Splash Mountain to replace the "Song of the South" characters and storyline has only fueled fans' expectations that Disney will listen when it comes to Hamilton replacing Hall of Presidents.

So far, there has been no indication that Disney is interested in this replacement. Still, Hall of Presidents is on the leaked list of attractions Disney is rumored to be reviewing in regards to diversity and values. That list also includes Splash Mountain. Replacing or updating the attraction at this time, even if only to remove the address by the sitting president, would mean a president of each major party took part in the tradition, allowing Disney to look bipartisan.

But a Hamilton replacement has its own problems. Alexander Hamilton's actions regarding slavery are themselves problematic, a fact overlooked in the musical but one that is becoming important as the nation grapples with racism. This connection may be enough for Disney to decide not to pursue an attraction dedicated to his honor.

Who owns the theme park rights to the musical is also unclear. Disney only purchased the streaming rights to the 2016 film. That alone reportedly cost $75 million, so any long-term theme park rights would be costly. One thing Disney does have going for it is Hamilton creator Lin-Manuel Miranda's positive relationship with the Disney company. He has collaborated on multiple projects and is an unabashed Disney fan, even naming his son after a character in The Little Mermaid.

A change in the Hall of Presidents could allow for the use of the stage, which is currently filled with difficult to move audio-animatronics. This would allow Disney to use the indoor venue for other events and could serve as a potential alternative to the canceled Main Street Theater. That was to hold nearly three times the number of seats that the 700-seat Hall of Presidents has. The stage is also much smaller than the one used for Hamilton, so any attraction based on the nearly three-hour-long musical would require a complete reworking of both the stage and the show itself.

Multiple scenarios exist, including replacing both Frontierland and Liberty Square with a single land that would better suit the addition of "The Princess and the Frog," while also addressing issues of both the Hall of Presidents and the Colonial America-themed land. Disney has officially given no indication that any such scenarios are currently being considered.

No timeline on the rumored review of the attraction has been shared, though it is believed that Disney might use the election of a new president as a reason to either redo or replace the attraction.