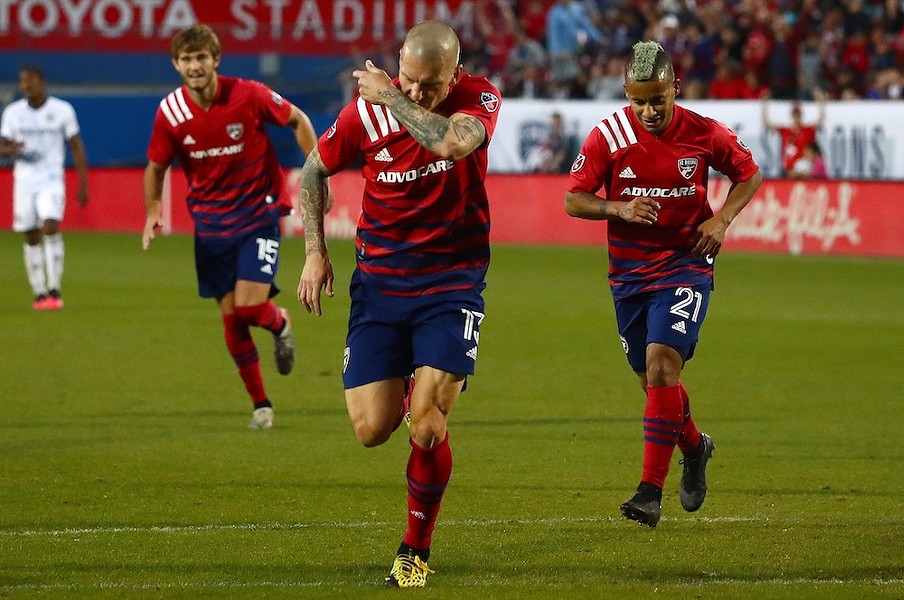 Major League Soccer announced on Monday night that the FC Dallas team was being withdrawn from the MLS Is Back tournament – set to start Wednesday in Orlando – after multiple players on the team tested positive for COVID-19.

Major League Soccer announced Monday that FC Dallas have been withdrawn from the MLS is Back Tournament due to 10 of the club's players and one member of their technical staff testing positive for COVID-19.

Each of these positive tests either occurred upon the club’s arrival or within a few days of arrival in Orlando. The decision was made in the best interest of the health of all players and staff participating in the tournament, and in line with protocols created in conjunction with local and national health authorities and infectious disease experts, the league said.

FC Dallas then posted a statement to their Twitter confirming their withdrawal from the tournament:

The weekend brought a lot of coronavirus-related bad news to MLS. On Saturday, FC Dallas had first announced that they were postponing their Thursday game against the Vancouver Whitecaps after six of their players tested positive for COVID-19.

Then on Sunday, the Athletic reported that several players from Nashville SC tested positive for coronavirus. Nashville SC is scheduled to play the Chicago Fire this week and the game is now likely to be postponed, according to ESPN.

The 26 MLS teams and staff live in their own "bubble" currently, an isolated location on Walt Disney property where the teams live, practice and play during the month-long tournament. Teams are sequestered at the Swan and Dolphin resorts and will play the games at the ESPN Wide World of Sports Complex.

Despite the safety of the bubble now being compromised several times, Orlando City player Nani gave an interview on Monday in which he stated that he felt "safe" living in the bubble.


“If there is a situation at any time that I believe that the protocols aren’t working, and the health and safety of our players is at risk, then I will make the decision to shut down the tournament,” MLS Commissioner Don Garber asserted to the Associated Press on Monday. “That is something I committed to the players and to our entire league early on."

The MLS is Back Tournament is still set to begin on Wednesday, July 8. Orlando City's match against Inter Miami CF will open the tournament.