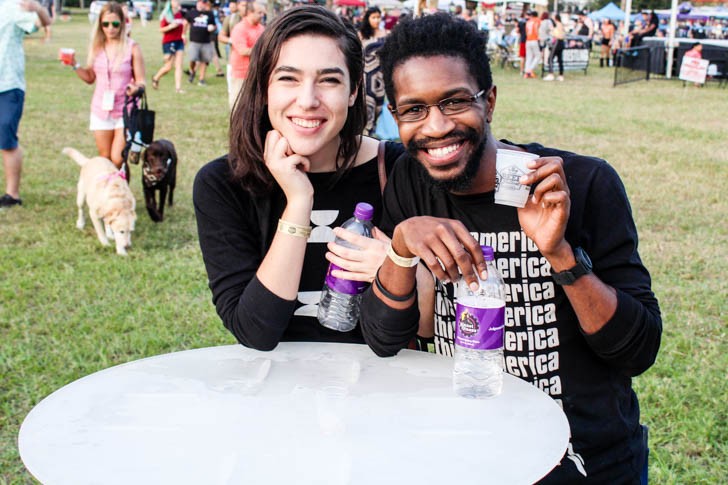 Orlando Weekly officially pulled the plug this week on the majority of its 2020 events. Those events include Bite Night, the Best of Orlando Party, Tacos & Tequila, United We Brunch (which was rescheduled from its original March date to September) and Big Gay Brunch. Beer ’Merica, the patriotic-themed American craft beer festival that happens in May was also canceled back in early April. Plans for canceling or moving forward with November’s Orlando Beer Festival have not been confirmed, but the likelihood of the event happening does not look promising.

Florida is now leading the country in new daily COVID cases, representing approximately one in every four new cases nationwide. Despite hearing some people speak of “deaths not rising with case counts,” a new Florida record was set this week for the most deaths reported in a single day, and the seven-day average hit 81 deaths per day, more than double the number from two weeks ago.

“We were hopeful that fall would bring a calendar of awesome events, but it’s clear, even if we can it doesn’t mean we should throw these events,” said Graham Jarrett, Orlando Weekly publisher. “I cannot in good conscience jeopardize the health of our staff, vendors, sponsors, entertainers and attendees. And it’s not just about them. It’s about the loved ones they come home to and the co-workers they work next to. These events take so much time and resources to plan. How can we commit to that planning when Florida worsens by the day, with no real measures being taken to reverse this trajectory?”

The news comes as athletes from the NBA and MLS are at Walt Disney World in an attempt to salvage a season, and Disney’s three main parks have reopened. “We love a great event as much as anyone, and can’t wait to get back to them. This is devastating to our business financially. But we have to put people over profits,” Jarrett says.

While Orlando Weekly is pulling the plug on centralized events, Bite30 (bite30.com), Orlando Weekly’s 30-day, three courses-for-$30 event, which happens across Central Florida inside restaurants, launched this week. “We are excited to get this off the ground, and hope that the community really rallies around these restaurants, but does so safely,” says Jarrett. “We were up in the air about this one as well, but we feel like people can make their best individual decisions about this type of event. Plus, many Bite30 restaurants are offering takeout and many people already feel safe eating out, so we felt this was more manageable.”

As of now, Orlando Weekly is still planning its other in-restaurant food events, Orlando Taco Week (orlandotacoweek.com) in late September and a rescheduled Orlando Burger Week for early November. “The restaurants make the revenue for these events, but if we cannot do our centralized events, we can focus on producing something positive that can help our community,” Jarrett says. “I just really hope to see people supporting these promotions, and patronizing restaurants. I’ve spoken to several that are barely hanging on. And of course, there are those who have already shut their doors for good. When and where we can, it’s so important for us all to help and support each other.”

Ticketholders for United We Brunch may go to unitedwebrunch.com for instructions regarding refunds.