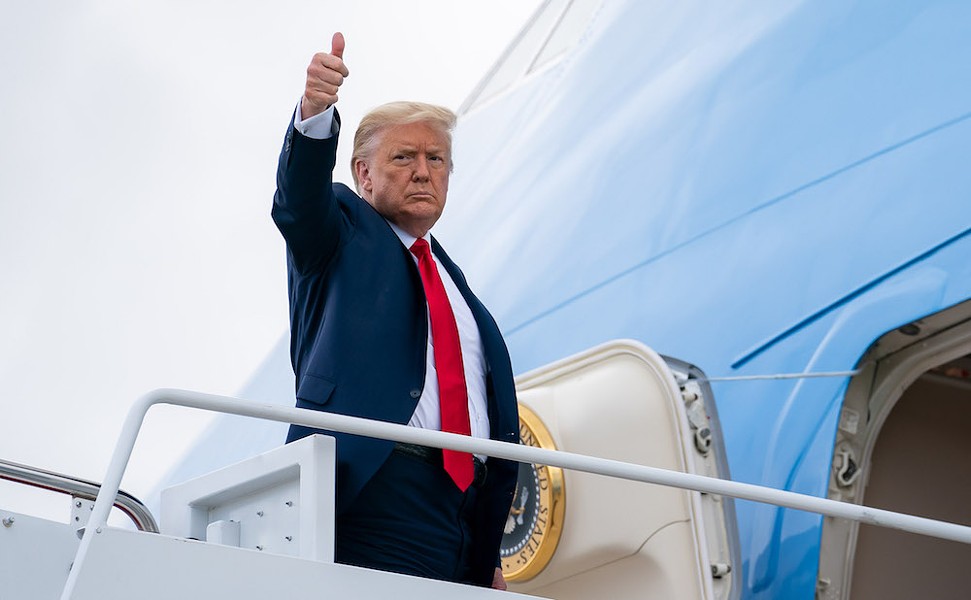 Only regular delegates will be allowed to attend the first three days of the Republican National Convention next month in Jacksonville, while they will be able to bring guests to hear President Donald Trump publicly accept the party’s nomination.

As coronavirus cases continue to soar in Florida, Republican officials announced Thursday they are scaling back the convention, which was heralded as an economic driver for the Jacksonville region after being moved last month from North Carolina.

A news release said the party continues to plan some daytime events and festivities leading up to Trump’s speech on Aug. 27.

The convention will start Aug. 24 and had been planned for VyStar Veterans Memorial Arena. But the announcement Thursday indicated that organizers also will hold some of the events at outdoor facilities amid concerns about the spread of the virus.

“We plan to utilize a number of indoor and outdoor venues in this multi-block radius of Jacksonville, including the VyStar Veterans Memorial Arena, TIAA Bank Field, Daily’s Place Amphitheater, 121 Financial Ballpark and several others,” the release said.

“I want to make clear that we still intend to host a fantastic convention celebration in Jacksonville,” McDaniel wrote. “We can gather and put on a top-notch event that celebrates the incredible accomplishments of President Trump’s administration and his re-nomination for a second term — while also doing so in a safe and responsible manner.”

Up to 7,000 people may be able to fill the arena for the closing night. In addition to guests of the delegates, alternate delegates will also be allowed into the arena on the final night.

Republican leaders last month decided to move key parts of the convention from Charlotte, N.C., to Jacksonville after Trump expressed displeasure that North Carolina Gov. Roy Cooper, a Democrat, was "unable to guarantee" that coronavirus social-distancing requirements would be lifted before the event.

The party intends to still conduct some official business in Charlotte on Aug. 24.

Jacksonville Mayor Lenny Curry said Tuesday the city was monitoring the impacts of COVID-19, the respiratory disease caused by the coronanvirus, as plans moved forward for the convention.

“We have many weeks until the convention, the date of the convention, and we're monitoring the situation and we'll plan accordingly based on hospitalizations, the community spread, etc.,” Curry said during a Zoom conference call with reporters.

Florida added nearly 14,000 cases on Thursday, bringing the total to 315,775, according to information posted on the state Department of Health website. It also added 156 deaths, bringing the number of Florida residents who have died to 4,677.