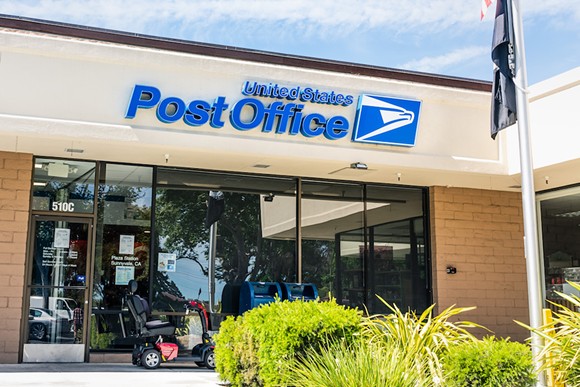 On the eve of a trial slated to begin Monday, lawyers representing the state and plaintiffs in a legal battle over Florida’s vote-by-mail procedures have reached a settlement.

Priorities USA, Dream Defenders and other plaintiffs have been seeking to expand the state’s vote-by-mail process, arguing that the COVID-19 pandemic will result in a record number of Floridians casting ballots from home to reduce chances of being infected with the highly contagious coronavirus.

Among other things, the plaintiffs asked to extend a deadline for mail-in ballots to be returned. They also wanted free postage for the ballots and challenged a provision in Florida law restricting paid workers from collecting mail-in ballots.

But on Sunday, plaintiffs and Gov. Ron DeSantis’ administration notified the court that they had reached a settlement.

The agreement would require Secretary of State Laurel Lee to “educate” and “encourage” county supervisors of elections about a variety of vote-by-mail procedures that were at the heart of the lawsuit.

Plaintiffs in the case argued that Florida needed to expand its vote-by-mail procedures because of COVID-19, which disrupted the state’s presidential primary election in March and is expected to cause even more issues in the Aug. 18 primary elections and the Nov. 3 general election.

The settlement agreement, however, cited emergency orders issued by DeSantis that give county officials extra time to canvas vote-by-mail ballots and to conduct what are known as “logic and accuracy” tests before early voting begins.

The agreement also would encourage supervisors “to use the maximum number of early voting days available to them so … they can avail themselves of additional canvassing days and maximize the availability of mandatory drop boxes for vote-by-mail ballots.”

And the settlement would encourage supervisors to use their websites “and other platforms” to make vote-by-mail request forms and ballots available in Spanish.

While Sunday’s settlement appeared to put to rest most of the elements in the left-leaning groups’ legal challenges, some issues remain unresolved, according to Matthew Dietz, a lawyer who represents blind voters.

Dietz, who represents the Florida Council of the Blind and individual plaintiffs, is trying to get supervisors to use systems that will allow blind or print-impaired voters to be able to fill out ballots from home without assistance.

Under Sunday’s settlement, Lee agreed to “educate the supervisors on the acquisition and use of any new voter accessibility technologies approved or conditionally approved by the secretary.”

But the agreement wouldn’t require supervisors to use the technology, Dietz said in an interview Sunday.

Dietz noted that the state received $20 million in federal funds from the Coronavirus Aid, Relief, and Economic Security Act, known as the CARES Act, for elections-related expenses.

The money can be used to pay for OmniBallot, a system that Lee’s office certified last week, that allows blind and print-impaired voters to secretly and independently fill out their ballots from home, Dietz said.

Dietz noted that the settlement came a week before the 30th anniversary of the Americans with Disabilities Act, which will be celebrated on July 26, and shortly after the Friday death of civil rights icon John Lewis, a Georgia Democratic congressman and fierce voting-rights advocate.

“On two different elements, this really is the time to ensure that everybody has the right to vote,” Dietz said.

Sunday’s settlement, which still needs Hinkle’s blessing, appears to have been a major concession by the progressive groups seeking to expand vote-by-mail procedures in Florida, a battleground state that Democrats and Republicans consider critical for a White House victory this year.

The Republican Party of Florida, which intervened in the lawsuit, declared “victory” in an email after the agreement was announced.

“Floridians choosing to vote-by-mail must have confidence that their vote will be safe and secure,” state Republican Chairman Joe Gruters, a Sarasota Republican who is also a state senator, said in a prepared statement. “We are glad that the Democrat-aligned organizations finally saw the light and dropped their lawsuit.”

The legal wrangling over mail-in ballots in Florida has come amid a national furor over absentee voting, with the man at the top of the Republican ticket in November railing about vote-by-mail for months.

President Donald Trump has repeatedly linked mail-in ballots with fraud, but this week he appeared to ease his stance on the process, which has been popular with Florida Republicans for years.

“You'll have tremendous fraud if you do these mail-in ballots," Trump told reporters on Tuesday, appearing to single out states in which elections officials are automatically sending absentee ballots to voters.

Florida’s “no excuse” absentee-ballot law allows voters to request mail-in ballots without giving a reason. Elections officials throughout the state, struggling to find enough poll workers and precinct locations during the Aug. 18 and Nov. 3 elections, have encouraged Floridians to vote by mail to reduce the spread of COVID-19.